Once again I have another new release from Cheree Alsop to feature and giveaway on the blog. Read about the book below and then enter to win if it's something you think you'd like.
This time I have book 3 of The Fae Rift series, The Four Horsemen and I have codes for all 3 books for 2 lucky readers. 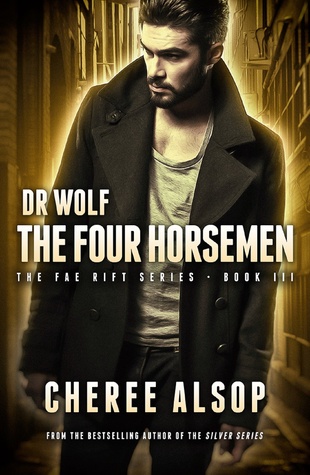 A plague spreads through Edge City. Certain the Four Horsemen are behind it, Aleric tracks the plague to a restaurant in the middle of the city. With the possibility of an apocalypse hanging by a thread, Aleric has to confront each of the Horsemen to end the threat to the city he loves. Still dealing with pain from the Archdemon’s wound, Aleric is pitted against gorgons, a vampiress, and limited time to find what Death is looking for and return the Four Horsemen to the fae world.

“People do crazy things in the name of love, Doc. Trust me. I know what I’m talking about.”
Aleric stared at him. “You were in love?”
Dartan put a pale hand over his heart. “Are you insinuating by your skeptical tone that because a vampire doesn’t have a fully functioning cardiovascular system the way werewolves do, that our hearts cannot bleed in agony at the mere thought of an unreturned gesture, that we cannot mourn the distance of an adored one’s feelings, that we cannot pine away after love lost or sob our lonesome selves to dreamless sleep when such love is found unrequited?”
“That’s a bit dramatic,” Aleric pointed out.
Dartan gave a heartfelt sigh. “You live but the span of a human’s years; can you not imagine the agony of a thousand such years spent in unreciprocated yearning, unanswered worship, and even unrequited total and helpless desire for the briefest lift of the lips that could hint at a smile?” He leaned back in the booth with another loud sigh. “Alas, the torment of a vampire’s heart is misunderstood at best and disregarded at worst.”
Aleric waited until the vampire stopped speaking to ask, “Are you being serious?”
Dartan sat back up. “I’m being dramatic. I thought you could tell the difference.”
Aleric raised a hand to catch Iris’ attention.
“What are you doing?” Dartan asked.
“I’m going to tell her to go ahead and stab you,” Aleric replied. 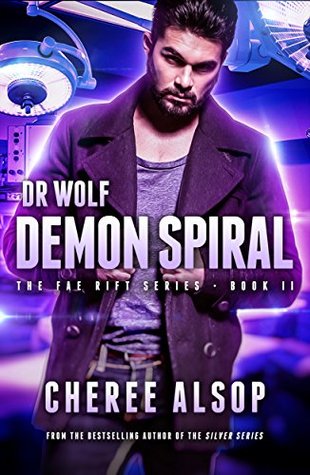 When the head doctor’s daughter is bitten by a goblin, Dr. Wolf is forced to the edge of his limits to save her life. Other victims show up, turning the chance attack into one calculated to send a message. With the safety of the human race hanging in the balance, Dr. Wolf has to find out how an Archdemon made it to Edge City. The answer could mean life or death for the young woman whose blue eyes and warm smile have stolen his heart. 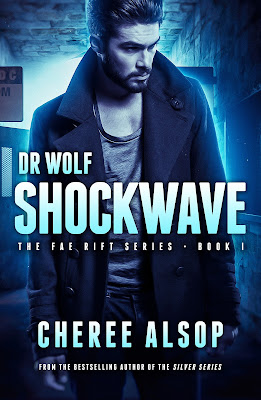 When the divide between the fae world and the human world is torn apart, Aleric Bayne is thrown into the ensuing chaos. Hurt and disoriented, the werewolf finds himself in a hospital emergency room. When other fae creatures begin to show up, Aleric sneaks them into the D wing of the hospital. With no one else able to treat their unusual conditions, Aleric steps into the role of Dr. Wolf. He has one goal in mind, to help the fae and close the Rift. But Dr. Wolf has walls around the memories of his own broken past that threaten to unravel the world he is holding together by a thread. 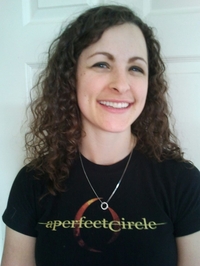 Cheree Alsop is an award-winning, best-selling author and the mother of a beautiful, talented daughter and amazing twin sons who fill every day with joy and laughter. She is married to her best friend, Michael, the light of her life and her soulmate who shares her dreams and inspires her by reading the first drafts of each book. Cheree is a fulltime author and mother, which is much more fun than work! She enjoys reading, riding her motorcycle on warm nights, and playing with her twins while planning her next book. She is also a bass player for their rock band, Alien Landslide.Cheree and Michael live in Utah where they rock out, enjoy the outdoors, plan great adventures, and never stop dreaming.

An eCopy of all 3 books for 2 people from Smashwords.

a Rafflecopter giveaway I'm a wife, mother to 4 wonderful boys and a total bookaholic :) I'm Irish and I read mainly anything Paranormal, Fantasy, Horror, Dystopian and Post Apocalyptic. I'm a big fan of Supernatural, The Vampire Diaries, Buffy, Angel and The Originals, and binge watch them when I'm not reading!