The Embodied Trilogy by J.B. Dutton Blog Tour and Giveaway!

Welcome to my stop on The Embodied Trilogy tour. I get to share an excerpt with you but you can check out the full schedule HERE. 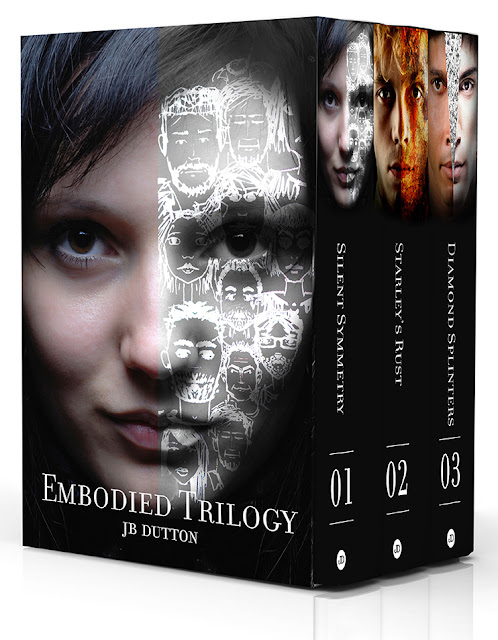 The Embodied trilogy is an unusual web of adventure, romance, fantasy, and science fiction.
Book one, Silent Symmetry, introduces smart, plucky Manhattan prep school student Kari Marriner, who becomes aware that mysterious aliens called the Embodied and their pseudo-religion, the Temple of Truth, have been influencing her family’s life for decades. As she falls for Cruz, a boy at school, and meets warring Embodied siblings Noon and Aranara, Kari starts to question her emotions and finds herself ensnared in a mystery that reaches further than she could possibly have imagined.
In book two, Starley’s Rust, a charismatic young English artist named Starley, who is plagued by race memories of the Embodied, convinces Kari that he can find her missing mother if she flies to Paris with him to draw out her kidnappers. But the Embodied seemed to have vanished, and now there’s a new, more terrifying visitor from the Dark Universe – a Thoth high priest in the form of a dragon. Kari soon discovers the mind-blowing extent of the Embodied beings’ involvement in human history and her own family’s tragic past.
In the trilogy’s thrilling conclusion, Diamond Splinters, Kari has a heart-wrenching choice to make: rescue her mother or save the Earth. And her only hope to figure out a solution is to team up with the one person she can never trust. When a submarine trip to the bottom of the Hudson River ends in death and disaster, Kari is scarred, both emotionally and physically. She wants to run and hide, but digs deep to find new sources of inner strength. As the storm of the century hits New York, a child’s life hangs in the balance and Kari gambles everything in a final confrontation with the genocidal Thoth. 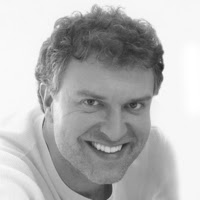 After graduating from film school in London, England, JB Dutton emigrated to Montreal in 1987, where he still lives with his two young children and their even younger goldfish. He spent over a decade as a music TV director before moving into the advertising industry as an award-winning copywriter for clients such as Cirque du Soleil. JB Dutton has written novels, short stories, blogs, screenplays and a stage play. He also writes adult fiction under the name John B. Dutton.