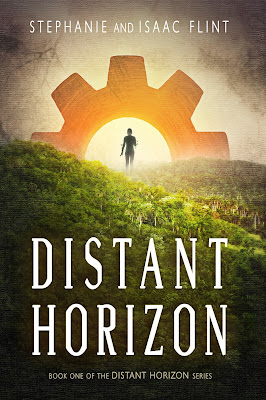 The Community is safe.
Unless you have superpowers.

Sixty years ago, a hallucinogenic plague annihilated half the world’s population, leading to the formation of the Community—an international government that promises its citizens safety, security, and efficiency. Every day, Community citizens swallow a mandatory pill to ensure their immunity to the plague. A year after graduating high school, they take the Health Scan.

Most pass, and continue with their lives. Others disappear.

Eighteen-year-old Jenna Nickleson hasn’t taken the pill since her senior year in high school. She feels more alive without it, and she hasn’t shown any signs of infection—at least, not until two days after a surprise Health Scan is announced and Special Forces arrive at her university campus.

Spurred by the recent string of hallucinations, Jenna searches for any inkling of what happens to those who fail the scan. Rumor has it that they’re sent away for treatment and, once cured, receive a menial job. But when she uncovers the cruel truth behind the plague, her ideal world is shattered.

Underneath the illusion of safety, Special Forces agents harbor a dark secret.

The plague is a lie. 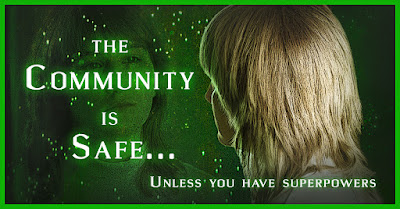 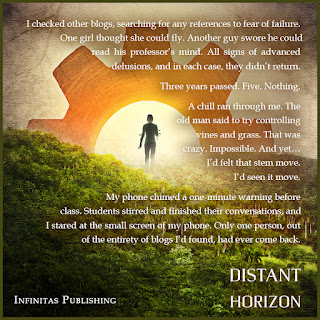 Stephanie and Isaac Flint met at the University of Central Missouri, where they soon discovered a common interest in world-building and tabletop role-play games. Distant Horizon is their first joint world, the result of a role-play game Isaac ran in the summer of 2010. After graduating with Bachelors of Science (Photography for Stephanie, Psychology for Isaac), Stephanie and Isaac married in 2012. Together, they plot stories, torment each other’s characters, and enjoy the occasional cosplay. Infinitas Publishing Website: infinitaspublishing.com

A PDF of sample chapters can be downloaded from the Infinitas Publishing website: http://www.infinitaspublishing.com/distant-horizon2.html