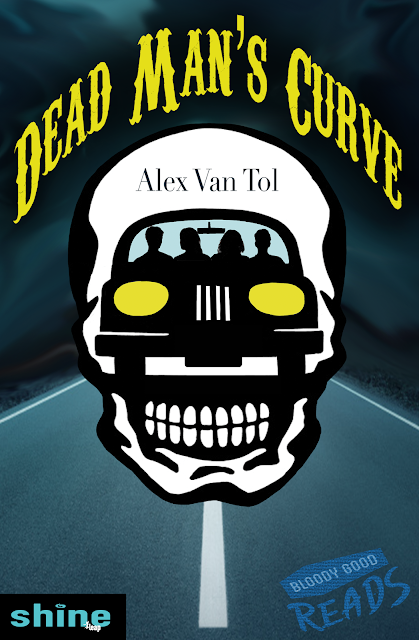 The road to Hell passes through Dead Man’s Curve.
It’s been two years since Booker broke up with Rachel, and he wants to get her back. Only problem is, he doesn’t realize it until he and his four friends are hip-deep in a deadly nightmare. They've run over a wispy figure on the highway on Halloween night and now something is preying on them, one by one, going after their deepest fears.

Lost and scared in the New England wilderness, the group realizes they’re trapped in their own twisted version of The Blair Witch Project. They're powerless against dark forces. When Rachel's life is threatened, Booker realizes it’s up to him to figure out a way to stop the unholy madness.

If he’s man enough to face it head on. 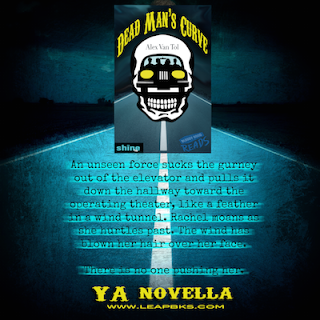 I enjoyed this little slice of horror!! It started out pretty much as expected but then we get into the twisted, unexpected part, that took a little while to understand but eventually all came together.

The plot was fast paced, it's a novella so it's pretty much dive head first in! 5 friends are driving home from a Halloween party late one night. Booker has had a bit to drink but still drives home. When they get to Dead Man's Curve, he seems to be going too fast so Rachel tells him to slow down, but before he does, there's a flash of white and what feels like the truck hitting someone. Booker thinks he's after hitting a person so get's out to investigate. All 5 hop out of the car and once outside, they hear crying coming from the woods, so again they go to investigate. What follows is a twisted, deadly and disturbing series of events!

Character wise, the 5 friends are all well written and developed. For such a short book, we get a firm look at what all the kids are like and we see them handle certain situations like anyone would. It takes them a little while to figure out their fears and realise what is happening, but I enjoyed the journey with them.

In all, this was a quick and entertaining read. Perfect for Halloween!!!! ;)

A born writer, Alex Van Tol cut her teeth on Stephen King novels so terrifying she had to turn them face-down on the floor in order to sleep at night. Alex writes across a broad range of genres for youth and adults, including contemporary, paranormal, historical and, of course, horror and thrillers. She lives between the mists and moody skies of Vancouver Island.