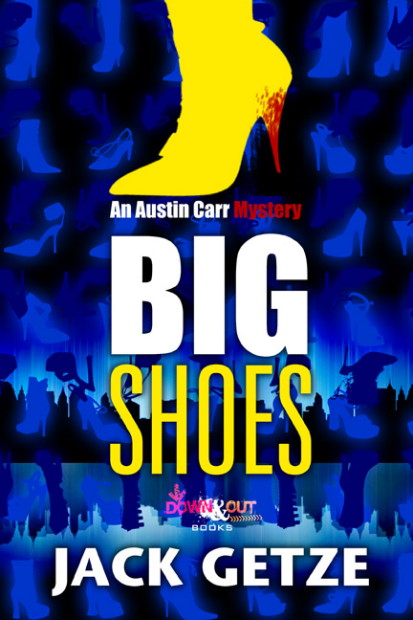 Jersey Shore broker Austin Carr wants out of the stock and bond business but un-hooking from his mobbed-up partner won’t be painless. Angelina “Mama Bones” Bonacelli is best known for professional consultations that deteriorate into criminal violence, breakfast appointments raided by the FBI and one particular Power Point presentation to a Jersey state racing commission that ended in automatic weapons fire.
Good thing she likes Austin.
She just won’t let Austin out of the business. Plus Johnny “The Turk” Korsay is on a rampage and had his crooked cops arrest Luis, the bartender Austin’s best friend. Why? Because Austin saw The Turk kill Heriberto. And now he’s gunning for the stock broker.
It’s another brush with violent death and a sexy redhead for Austin Carr when Mama Bones and her rival Jersey associate of a fading New York crime family battle for the future of imported sex slaves, boardwalk tourist business and surprising horse racing secrets, past and present.


“Big Shoes is a five-star romp.”
--Rick Bylina, best-selling author of One Promise Too Many

Where do your ideas come from?
Primarily stories other people tell me. My whole first novel was born one day at lunch when a fellow employee told me about one of our co-workers. I was a brand new stockbroker -- think telephone sales -- and one of the other brokers in the “pit” had just married the widow of his recently deceased, enormously rich client. (How to succeed in business.) I thought what a perfect set-up for a tale of murder and betrayal.


Where do you find inspiration for your characters?
Memorable people from my past contribute to all of my characters. Plus, I married into an Italian family thirty-seven years ago, moved to Jersey and worked at an Italian-owned business. I met a large extended family of fascinating characters with Italian heritage. Nobody was in the Mafia but everybody had a story. Otherwise, characterization is like acting: To put words in a character’s mouth, you have to know them, and for me what works is digging deep into my own past and recalling emotion. Like method acting. I need my character to be sad? I think about a time when I was distraught, remember how that felt, put it on paper. One of my best characters, one I really “channeled” in this book, is an old woman forced into a corner. I remembered an episode that wracked my mother. If you’re a writer, buy and read a book on the Stanislavski method of acting. I own the master’s, AN ACTOR PREPARES by Constantin Stanislavski, plus another updated version of his ideas.

When did you first realize you wanted to be a writer?
Writing turned out to be the one thing in school I was good at. Well, that and golf. I wouldn’t do my homework and earned lousy grades -- almost didn’t graduate high school on time -- but I got an “A” in journalism. The school newspaper came out once a week and I had at least half the stories in it. The teacher had to take my byline off a few. I loved writing. And then two years out of high school, I read “Catcher in the Rye” by Salinger, and I knew what I wanted to do. That book was so much fun to read, was so influential on me as far as understanding myself and life, I knew I wanted to write novels.
Tell us about the main character(s).
Austin Carr is a man much like my younger self. He grew up in California and moved to Jersey with his wife and family, finds Jersey a much different place than where he grew up. The people are much more direct and argumentative, and then divorced and broke, the semi-shady stockbrokerage firm he works for introduces him to murder, mystery and mayhem. He survived the first three books by making himself (and hopefully his readers) laugh. He talks in the first person.
What would you say is your interesting writing quirk?
As an author, I try to disappear. I want my characters, the setting and the action to make readers forget there’s a writer telling a story. Elmore Leonard calls it the “invisible author.” Story and character are everything, and it’s not for everybody. Some readers -- and most critics -- want long, beautiful sentences, bigger words of Latin origin, or semi-poetry. That’s not for me. And it’s not the craft of fiction. If I’m on my game, the reader will never know how hard I’ve worked to make the words flow easily. Here’s another quote from Elmore I strongly believe: “If it sounds like writing, I rewrite it.”

Former L.A. Times reporter Jack Getze is Fiction Editor for Anthony nominated Spinetingler Magazine, one of the internet's oldest websites for noir, crime and horror short stories. His award-winning Austin Carr mystery series is published by Down & Out Books. The latest, BIG SHOES, won Deadly Ink's David Award for Best Mystery of 2015. His short fiction has appeared in A Twist of Noir, Beat to a Pulp, The Big Adios and several anthologies. 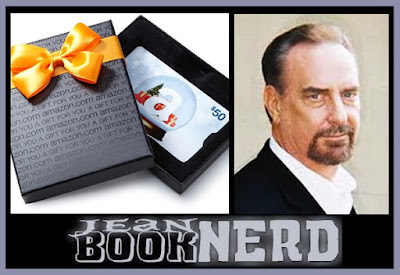