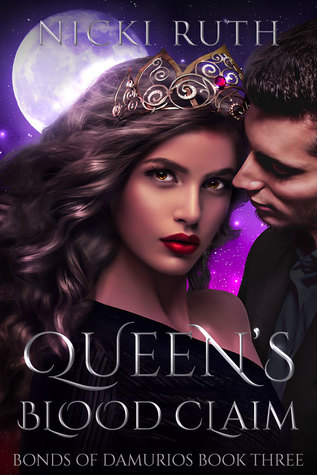 She was born to rule, but her heart seeks to rule her
Blood, scheming, murder— it’s all vampires know and do so well. But Davina is their new Queen. She’ll be damned if her reign is defined by how many are killed. The only thing is, her biggest champion and love, Alexios, is still as ruthless as ever. When past guilt leads her to make an impulsive decision that unleashes vengeance and fury on her, she wonders if she’s cut out to rule these bloodthirsty vampires. And most importantly, whether her burgeoning relationship with Alexios will survive?
If protecting her means getting blood on his hands, then so be it
There’s not a day that goes by that Alexios doesn’t burn to have Davina all to himself. But her royal court schemes against her, and a band of humans plot vampire genocide. He’s eager to snap some necks, but Davina rebukes his methods. He’ll fight not only for her throne but for her love. But with the royal divide between them pulling her further away from his grasp, can he finally win his heart’s desire?

“I remember the first time I saw you.”
Davina chuckled. “I’m sure I was screeching in the halls of the palace in Zhar. My mother hated that I’d been so wild.”
A rumble from Alexios’ chest vibrated against her ear, and she found comfort in the sound.
“No. The first time I laid eyes on you, you were scurrying in the woods, tripping over yourself carrying food, which I’m sure you’d stolen from the kitchens. You were heading to a baby foal you’d discovered under some bramble.”
Davina took a moment to enjoy his face. Lines fanned the corners of his eyes while his dark lashes stretched away from them. He smiled, and his lone dimple made its tiny dent. Her mouth parted. It had been a long time since she’d seen him smile like this. His joy spread through her.
“I remember the foal. I named him Laeb,” she chuckled. “I knew someone was there! I’d stopped to look, but I couldn’t see anyone. It was you?”
“Yes. I was in the woods taking some time to myself. The barracks were loud, and I still struggled with my transition. It was my first time seeing the Queen’s daughter, but I knew instantly who you were.” He buried his hand into her hair at her nape, his thumb lightly caressing her scalp.
“I saw you and knew then that this world was not so bleak. That there is light and beauty capable of vanquishing any darkness. And that a beautiful, rambunctious, young girl who sneaked food for an injured foal, would always have a piece of my heart.” 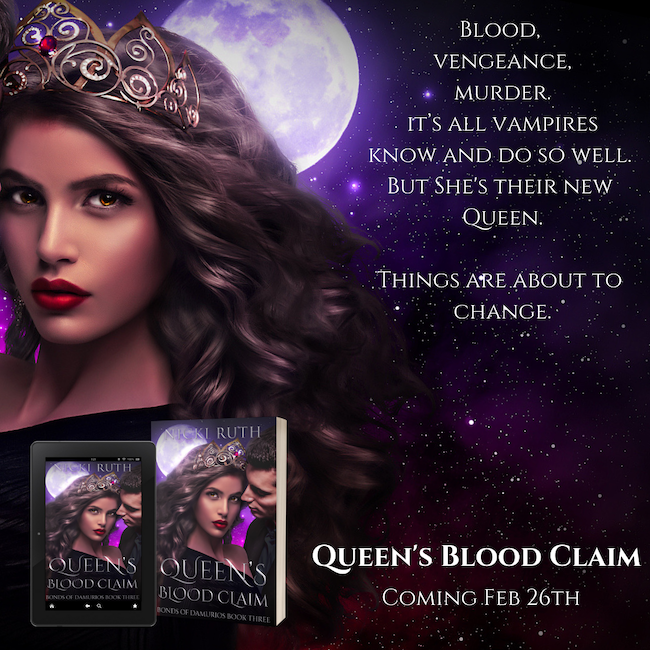 Author Bio:
Nicki Ruth is a romantic at heart who loves a bit of history, a splash of adventure, and all things paranormal, especially vampires, shifters, fae, and all others. An avid reader, Nicki's debut novel, Dark Blooded Desires, began as a dream of a dark-haired, brooding stranger gazing into the deep recesses of space. This became chapter one.
She loves good food, good wine, and good friends, and writes from her balcony overlooking a parking lot.