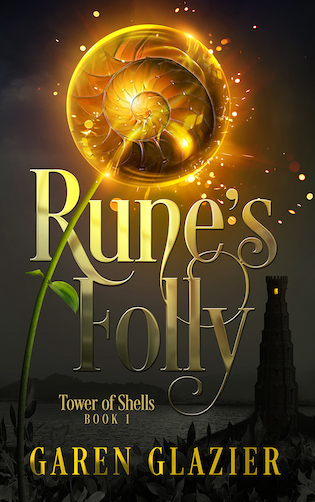 By day, Tansy McCoy is a florist making charmed bouquets for the citizens of Junonia, capital of the Kingdom of Terranmar. By night, she’s an assassin and the keeper of the Dangerous Garden where deadly blooms grow. Together with the town tailor, butcher, baker, and metalsmith (just don’t call her a candlestick maker), she is part of the Guild, a secret group of spell-wielding thieves and mercenaries. Their task: consolidate all that remains of the realm’s fading magic under the ruthless King Zeno’s control.
Impetuous loner Tansy chafes under her Guild demands. She longs to quit her town and trade and head for the hills. Unfortunately, King Zeno has other plans. He wants to marry off his daughter to Terranmar’s famously reclusive wizard, Rune Hallows, and he’s willing to have the Guild kidnap him to make it happen. Fail to deliver the wizard and the consequences will be swift and deadly.
Reluctant but determined, Tansy sets out on the long journey to faraway Wentletrap and Rune’s desolate tower by the sea. To get there she must cross a swamp full of sinister surprises, battle a werewolf, and outrace a bloodthirsty band of revenants, while she wrestles with her own magical powers that seem to be expanding in unpredictable ways.
But reaching Rune’s tower is only the beginning. When Tansy learns the real reason behind the king’s contest, she’ll need to decide whether to give in to the growing forces of magic ready to reclaim Terranmar or embrace her newfound powers to save the kingdom. 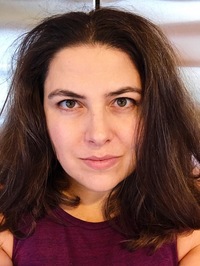 Author Bio:
I have always called Seattle home and find the perpetual gloom to be a wonderful writing ally. I like coffee shops, bookstores, dancing in my living room and singing in my car. The opening scene of Up makes me cry. Three Amigos makes me laugh. Fashion magazines, croissants, and long, long baths are my guilty pleasures. They might occur separately or together. I prefer boxing classes to yoga, and I get some of my best ideas when I'm running. I loved school and spent more time than one really should getting a business degree in marketing and a master's in art history. In an ideal world I'd go to bed at 2am and wake up at 10am. I've never been an early bird, and I feel strongly that alarm clocks kill dreams.
Learn more at garenglazier.com.