Welcome to the  HARRIET WOLF'S SEVENTH BOOK OF WONDERS by Julianna Baggott release blitz. Im excited to share it with you today, along with an exclusive excerpt!

If you haven’t yet heard about this wonderful book by Author Julianna Baggott, be sure to check out all the details below.

This blitz also includes a giveaway for 5 hardcovers of the book courtesy of Little Brown, and Rockstar Book Tours. So if you’d like a chance to win, enter in the Rafflecopter at the bottom of this post. 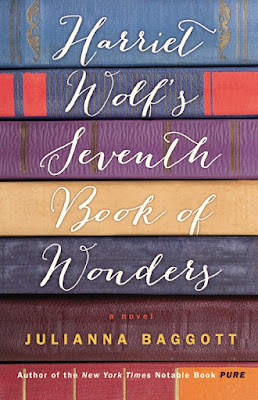 A brilliantly crafted saga about three generations of women and their secrets, including the discovery of a final unpublished book by the family matriarch, a revered and reclusive author.

Harriet Wolf has a final confession. It can be found only in the final book of the series that made her a famous writer. But does that book exist?

This absorbing novel spans the entire twentieth century, telling the moving story of a mother, her daughter, and two granddaughters, one of whom is the only person alive who knows the whereabouts of Harriet's final book. When a hospitalization brings the family back together, the mystery not only of Harriet's last book, but also of her life, hangs in the balance. Will the truth ever be known, or is Harriet's story gone forever?

A multi-generational tale of long-lost love, motherhood, and family secrets, this is Baggott's most sweeping and mesmerizing novel yet.

This is how the story goes: I was born dead—or so my mother was told.

According to the physician, good old Dr. Brumus, I didn’t cry. I wasn’t capable of even this innate reflex. I was mute and sallow and already a bleeder, one red bead poised at each nostril. Imagine my exhausted mother—the saint, Irish and Catholic—her legs sagging wide beneath the bloody sheet like two pale, bony wings.

The year was 1900. The world was taking a new shape: the Paris Exposition’s moving sidewalks, Freud’s The Interpretation of Dreams, and a tunnel being dug for the subway at Borough Hall, Manhattan. But in our house near the Chesapeake, not far from bustling Baltimore—with its canneries and foundries, its harbor of moaning steamboats, its tenements teeming with typhoid—there was little to do for either my mother or me, medically. Science had come only so far.

But given that Dr. Brumus—winded, permanently overwhelmed—had delivered three stillborn babies from my mother already, it seemed, for the moment, he’d finally won something. He was always watchful, however, always squinting as if in bright sun, even at dusk, the hour I was born, mosquitoes whining past an ear. And Brumus knew, what with my bleeding nose and my pallid, lightly furred skin, that something wasn’t right. He wrapped me in a blanket—though the summer hung wet and steaming outside. Like an aging football captain, he shuttled me down the stairs to the porch, where my father, the banker, was pacing. Dr. Brumus presented me to my father and gave the news: “It isn’t fit.” I wasn’t a girl yet. I was still dangling before my father, midair, a lost pronoun, and it would take years before I would become a child in any real form in my father’s eyes.

“No, it isn’t fit,” my father agreed, perhaps expecting as much, given the three lost before me.

“It may only live long enough for her to get attached,” Dr. Brumus said, teary now.

“The baby’s mother isn’t fit either,” my father said. “Mary has those dark moods. You’ve seen them. She couldn’t withstand that kind of attachment and loss.”

Dr. Brumus tried to hand me to my father, whose face was poised above mine, his nose fat and squat, a boxy fender, though he was youngish and handsome in his taut pink skin and glossy hair. He didn’t like what he saw. “Take it with you,” he said.

Dr. Brumus oversaw the Maryland School for Feeble Minded Children in Owings Mills, long before Baltimore started spilling into it with such ferocity. My father was betting that I wouldn’t make it—but what if I did? Was he asking Dr. Brumus to be my father, or at least my warden? The two men had known each other since they were boys.

“Jackie,” Dr. Brumus said, using the pet name normally reserved for times when he’d drunk a Scotch and soda and was looking slack and heavy-lidded. But that wasn’t his mood now. His eyes raced. “I can’t take the baby with me—”

“You said it’s going to die. You said so!” And my father became a little boy, his face plump and sweaty.

“Where’s the baby?” my mother called, her voice carrying from the open bedroom window above, her Irish accent heavier because she was too tired to fight it. She could have been calling to them from reeds, a marsh with a fog rolling in.

My father shook his head. “No,” he whispered to the doctor, fiercely.

And then my father marched upstairs, past the water stains on the wallpaper and into the bedroom.

“No,” he said to his wife in a lilting voice of his own. Was he going to sing to her? “Darling, no.”

And so, for my mother, I was dead.

But still there was a baby. And this other baby with its dim pulse was bundled and taken away to start its other life at the Maryland School for Feeble Minded Children.

In just over a decade’s time, this child would become a supposed Girl Genius, and, more important, she would find Eppitt in the laundry and love him too much. (You don’t know Eppitt yet, dear ones, but you will.) And then this same child would make her way back here again—to this very porch, to her mother’s bed.

Some of us are born dead, some never really born at all, and others are born fresh every day—as if they’ve had new eyes stitched on overnight—which is the best way to live.

I hope you will understand eventually why I’ve denied all of this for so long. Are you reading this, my Eleanor? My Ruthie? My dear Tilton? Are your eyes catching on these words, fastening one to the next, aware of my life collecting on the page? Are you here with me?

I still desire the veil of fiction, the means to monkey and fidget with the details so I can convince myself that I’m writing about another baby, another mother, another life. If not that, then I wish it were lovely. But what did I learn in writing out the lives of my characters Weldon and Daisy? You can’t have love without knowing sorrow; you can’t have miracles without desperation.

Here, then. My desperation. 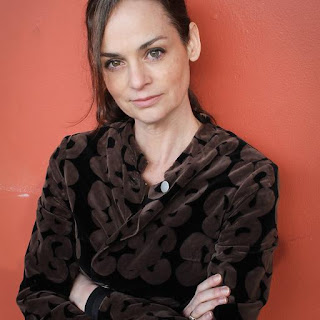 Critically acclaimed, bestselling author, Julianna Baggott -- who also writes under the pen names Bridget Asher (The Provence Cure for the Brokenhearted) and N.E. Bode (The Anybodies) -- has published 17 books, including novels for adults, younger readers, and collections of poetry. Her latest novel, PURE, is the first of a trilogy; film rights have sold to Fox2000 -- www.pure-book.com. Her work has appeared in the New York Times, Washington Post, Boston Globe, Best American Poetry, Best Creative Nonfiction, Real Simple, on NPR.org, as well as read on NPR's "Talk of the Nation" and "Here and Now." Her novels have been book-pick selections by People Magazine's summer reading, Washington Post book-of-the-week, a Booksense selection, a Boston Herald Book Club selection, and a Kirkus Best Books of the Year list. Her novels have been published in over 50 overseas editions. She's a professor in the Creative Writing Program at Florida State University and the founder of the nonprofit Kids in Need - Books in Deed. For more, visit www.juliannabaggott.com.

5 Finished copies of HARRIET WOLF'S SEVENTH BOOK OF WONDERS. US Only.