The Island by Clarissa Johal Blog Tour and Giveaway! 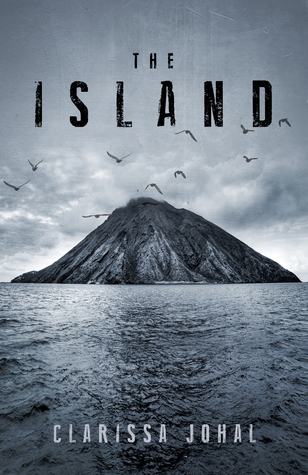 “Exploring a remote island can sometimes get you into trouble.Especially when you stumble upon a cave and awaken two demons.”
Emma Keller’s estranged grandmother has been missing for seven years. Emma journeys to her grandmother’s private island with the task of readying it for sale. Local rumors say it’s cursed, but she dismisses them as superstition. While there, she unearths a hidden cave, and is visited by two men soon after. Itu is well-spoken, though he hides his face in shadow. The other is more of a worry; with skin of alabaster, Thim’s feral presence sets her on edge. Emma discovers the island has a dark past. The two men aren’t human, but awakened demons…and they have their sights set on her.

What Scares You?
by Carissa Johal
It may be because I write paranormal horror, but there are very few things that scare me. That said, I delight in scaring other people. Sometimes, I’ll give friends a scenario and ask them what they’d do, just to see if what I’ve written is “scary enough.” It usually is. Put yourself into one of these scenes and tell me what you’d do.

Scenario One: You’re alone at night, and washing your hair in the shower. Shampoo has gotten in your eyes. You hear a small whisper behind you, followed by the sound of your bath towel as it drops to the floor.

Scenario Two: You awaken from a nightmare with your roommate in it. Afraid for his safety, you wake him up. As you’re telling him about your nightmare, a spindly, human-sized figure crawls from your bedroom doorway. Arms and legs move, spider-like, as it pulls itself across the floor towards you. You’re the only one who can see it.

Scenario Three: You’re in a mental hospital. Surrounded by blackness, you feel you must be sleepwalking, though you can’t seem to wake. A presence lingers behind you. You continue to walk, feet inching across the black void. The smell of concrete hits your nose. You know that you’re poised at the top of a stairwell that plunges two flights down. The pressure from the presence behind you, urges you forward. Your toes slide over the edge of the first step. You teeter, your balance gone.

Scenario Four: You’re alone on a remote private island. In the middle of the night, you’re awakened by the sound of a baby’s cry. You venture into the surrounding woods to investigate, and the sound stops. A branch cracks behind you. As you turn, something dark darts through the trees.

These situations are all from my novels (BETWEEN, STRUCK, VOICES and THE ISLAND, respectively). Are they scary? Yes, to some. Others may brave the unknown and dive into the darkness.

Take a peek at THE ISLAND. As brave as she is, Emma Keller’s plunge into darkness may be her undoing.

Clarissa Johal is the author of paranormal novels, THE ISLAND, VOICES, STRUCK, and BETWEEN. When she’s not listening to the ghosts in her head, she’s dancing, taking pictures of gargoyles, or swinging from a trapeze. She shares her life with her husband, two daughters, and every stray animal that darkens their doorstep.

THE ISLAND
Coming August 5, 2015 from Booktrope