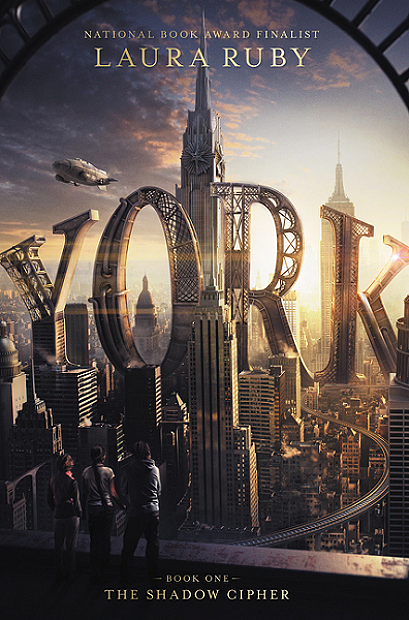 It was 1798 when the Morningstarr twins arrived in New York with a vision for a magnificent city: towering skyscrapers, dazzling machines, and winding train lines, all running on technology no one had ever seen before. Fifty-seven years later, the enigmatic architects disappeared, leaving behind for the people of New York the Old York Cipher—a puzzle laid into the shining city they constructed, at the end of which was promised a treasure beyond all imagining. By the present day, however, the puzzle has never been solved, and the greatest mystery of the modern world is little more than a tourist attraction.
Tess and Theo Biedermann and their friend Jaime Cruz live in a Morningstarr apartment house—until a real estate developer announces that the city has agreed to sell him the five remaining Morningstarr buildings. Their likely destruction means the end of a dream long-held by the people of New York. And if Tess, Theo and Jaime want to save their home, they have to prove that the Old York Cipher is real. Which means they have to solve it.
From National Book Award Finalist Laura Ruby comes a visionary epic set in a New York City at once familiar and wholly unexpected. 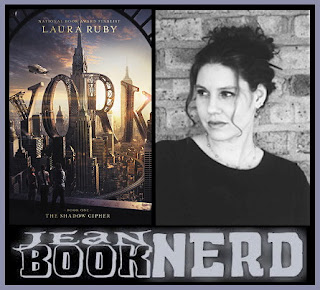 Laura Ruby writes fiction for adults, teens and children. She is the author of the newly-released YA novel BONE GAP, as well as the Edgar-nominated children's mystery LILY'S GHOSTS, the ALA Quick Pick for teens GOOD GIRLS (2006), a collection of interconnected short stories about blended families for adults, I'M NOT JULIA ROBERTS (2007), and the forthcoming middle-grade trilogy YORK. She is on the faculty of Hamline University's Masters in Writing for Children Program. She makes her home in the Chicago area.

- 7 Winners will receive a Set Copy of YORK: THE SHADOW CIPHER by Laura Ruby