Summary from Goodreads:
The year is 2091. 75 years ago, a nuclear war desolated Earth. The top 2% of the world fled to Hydro, a compound on the Moon. The rest of the population were left trying to survive on a barren Earth.Seventeen-year-old Blake lives on Earth with his dad and little brother. When Blake’s father is given the grave sentence of terminal cancer, Blake decides to save his dad by sneaking onto Hydro and making a deal with Hydro’s council. In exchange for them saving his dad, he will give them the answer to everyone’s problem; the location of a new habitable planet.The unexpected and unannounced arrival of Blake leaves many citizens with mixed feelings, none more confusing than those of sixteen-year-old Ziva. The more she learns about Blake and where he comes from, the more she learns that not everything she is being told about the situation on Earth in true, including those told by her beloved grandfather. Why has he been lying to her? And more importantly what is he hiding from her?

“What did you find?” Lilly presses. Mark and Nate both look at each other warily. “We can’t tell you, but we can show you,” Mark says. “Come,” Nate orders. He gestures for us to follow him. He leads us down a hall full of old exhibits of dinosaurs and artifacts. “As you know, Lilly, we were heading out to go get the painting by Picasso,” Mark explains. “Yes, the Girl Before a Mirror, a beautiful piece of work,” Lilly says. “Yes,” he agrees, slowly nodding his head. He stops at a closed door that reads “authorized personnel only.” “The others had already left. Mark, Dave, and I were bringing up the rear when we stumbled upon it,” Nate further explains. “We hadn’t gotten ten miles out of the city, when we ran into something,” Mark adds. “Where is Dave?” Lilly asks. “It killed him,” Mark says grimly. Lilly gasps and hugs Ronny tighter to her. “Oh no,” she says weakly. “What happened?” “What is it?” Nicole asks impatiently. “I think you mean who,” Mark corrects. He slowly opens the door. “I must warn you. This scene might be a little upsetting.” We all nod anxiously, weary of what or who is in the other room. We cautiously walk in. 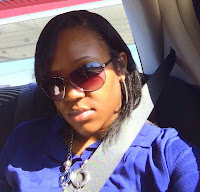 About the Author
My name is AC and I am an aspiring writer. I've always had a passion for writing, but find it difficult to write while juggling long hours at my day job. I, also, had to get the courage to publish my work, but this has always been a dream of mine.