Fear my Mortality by Everly Frost Cover Reveal and Giveaway!

Today Everly Frost and Month9Books are revealing the cover and first chapter for FEAR MY MORTALITY, which releases April 5, 2016! Check out the gorgeous cover and enter to be one of the first readers to receive a eGalley!!
A quick note from the author:

Hi there! I’m so excited to share this cover with you. I love the dark, intense colors and the girl who shows the determination, heart, and resilience that my main character needs to survive in her world. (Do you see the gold scorpion? Keep an eye out for that in the book.) Thanks so much for stopping by! 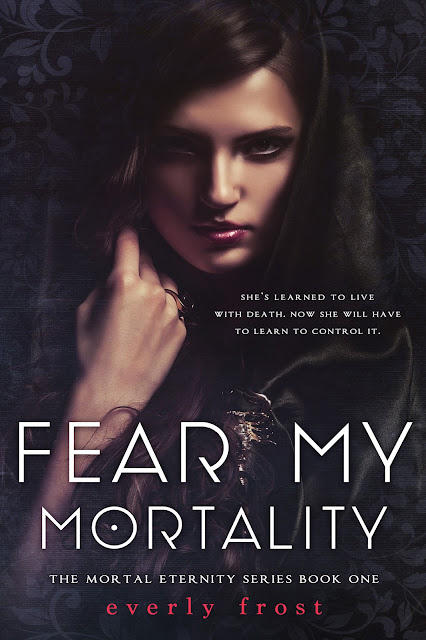 In a world where people are invulnerable to illness and death, with lives spanning hundreds of years, a sixteen-year-old becomes witness to the impossible – her brother’s failure to regenerate after death after which she suspects that she too may be mortal.

But Eve turned from the serpent
and did not eat of the fruit.
And for her obedience,
she was allowed to reach out her hand,
take from the tree of life and eat,
and live forever. 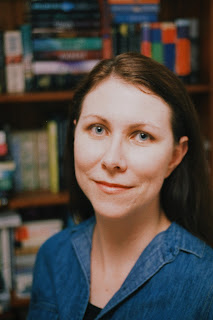 Everly Frost is a writer. If she doesn’t have her laptop handy, then she has a pen and paper stashed nearby. She writes young adult and middle grade fiction set in worlds like ours with unexpected differences. She lives in Brisbane, Australia.
Her debut YA fantasy FEAR MY MORTALITY is coming in early 2016!
For updates on FEAR MY MORTALITY and the Mortal Eternity Series, and more, please follow Everly on Facebook and on Twitter.


1 winner will receive the FIRST eGalley of FEAR MY MORTALITY. International.