A Distant Voice by Bridie Blake Blog Tour and Giveaway! 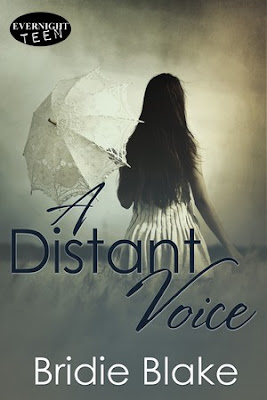 In life you don’t find your voice. It finds you.
Violet Hayes knows how to survive the year living with her grandmother in the small town of Wandorah, Tennessee.
• Make Rose happy • Don’t sing or play guitar • Avoid Sally Shaw • Ignore Carter Jenkins
It seems simple enough, right? Wrong.
• How do you keep a depressed sister happy? • How do you deny yourself your dream? • How do you avoid a friendship? • And how do you ignore a boy when he’s everywhere you turn?
Violet’s to-do list just became a whole lot harder.

14+ due to adult situations

He smiled and reached out to pull the guitar toward him. He strummed his fingers over the strings and played a few chords before glancing over at me proudly.

He offered me the guitar. “Your turn.”

“And what makes you think I can play?”

I snorted out a laugh and clapped my hand over my mouth in horror.
“Play away,” he said, ignoring my snort, and pushed the guitar into my hands.

I stared down at it with my mouth hanging open. The way my heart raced you’d think he’d pulled the pin on a grenade and handed it to me. Relax Violet. It’s an instrument. It can’t hurt you. Unless I tripped over it and broke my neck. And that could happen. Probably not entirely realistic while I’m holding it, but if I dropped it and then got up and tripped, it … oh dear god, what is wrong with me?

His mom called out his name and he gave me an apologetic shrug. “I’ll be right back.”

He left the room and I remained where I was, the guitar still burning my hands. It had been months since I’d played. Months since I’d felt that wave of joy I got whenever my fingers ran over the strings.

A yearning, so strong it sent butterflies fluttering in my stomach, washed over me and my fingers moved. They ran over the strings, playing whatever came to mind. I closed my eyes and let myself be swallowed up by it all. I allowed myself to forget and be something else. Someone else.

I didn’t know how long I stayed like that but a shuffle behind me forced me back to reality. I opened my eyes and twisted around. Carter stood in the doorway, a look of wonder on his face and it made me squirm. I dropped my hands, rested the guitar on his bed, and scrambled to my feet. “I should go.”

He moved toward me slowly, as though scared a sudden movement would startle me. “What’s wrong?”

“Nothing,” I mumbled and folded my arms across my chest, tucking my hands into my armpits where they’d be safe and wouldn’t stray towards anymore strings.

His brow creased and I saw him trying to work out what had happened but I didn’t want to talk about it. I tried to duck out of his room before he asked me anything. He gripped my arm, stopping my quick exit. “It’s okay,” he said. “You’re allowed to enjoy things. You’re not betraying your sister by having fun or doing the things you want to do.” His voice, filled with sincerity and kindness, caused a lump to take up residence in my throat.

His hand ran along my arm and towards my hidden hand. He tugged on it until he freed it and he squeezed my fingers gently. I shook my head because he’s right, but he’s wrong at the same time. It was guilt over Rose that stopped me doing things but when it came to music, there was so much more to it.

Music destroyed Gran’s life. It ruined Mom’s childhood. I couldn’t love something like that because if I did, I’d open myself up to the same hurt. And I’m not anywhere near as strong as Gran. It would destroy me. It would be my trigger.

I wanted to tell him that. I wanted him to understand. But the words wouldn’t come out of me.

Ten Tips for Plotting
I’m a big plotter when it comes to writing. I work out where my characters are going, what’s going to happen to them and how it’s all going to end. I’ve tried writing on the fly and it’s always ended badly for me so I came to the realisation that I am definitely a plotter, not a pantser. Below are ten tips that I swear by. 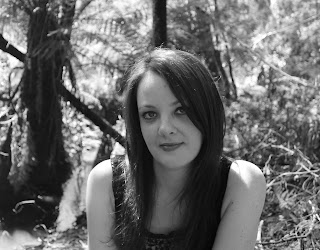 Bridie lives, daydreams and writes in Melbourne, Australia. She’s happiest at her computer, coffee in hand, Tim Tams on standby and her furry companion Poppy at her feet. When not writing she’s usually found with a book in her hand or playing with her tribe of nieces and nephews.
Discover more about her at www.bridieblake.com, https://www.facebook.com/AuthorBridieBlake or @BridieBlake on Twitter!