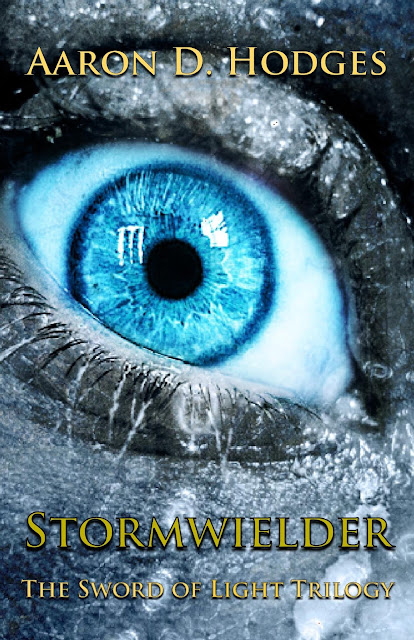 For five hundred years the Gods have united the Three Lands in harmony. Now that balance has been shattered, and chaos threatens. A town burns and flames light the night sky. Hunted and alone, seventeen year old Eric flees through the wreckage. The mob grows closer, baying for the blood of their tormentor. Guilt weighs on his soul, but he cannot stop, cannot turn back. If he stops, they die. For two years he has carried this curse, bringing death and destruction wherever he goes. But now there is another searching for him – one who offers salvation. His name is Alastair and he knows the true nature of the curse. Magic.

FOR A LIMITED TIME – STORMWIELDER IS ON SALE FOR $0.99 ON AMAZON!

PROLOGUE
Alastair stared into the fire, letting its heat wash through his damp cloak. The autumn storm had caught him in the open, drenching him before he could reach the shelter of a band of trees. The sudden violence of the storm was a grim warning of winter’s fast approach.
Thunder rumbled in the distance. Alastair shifted position, groaning as his old joints cracked in the cold. He added another stick to the fire. A greedy tongue of flame licked up the tender wood. Wind rustled the dark branches above. The fire flickered in the breeze and blew smoke into his face. Its feeble light cast dancing shadows across the clearing.
A head appeared in the trees nearby, its long face staring at him. Alastair gripped his sword and fought to control the pain in his chest. His horse snickered at his fear and retreated into the shadows. It was only
Elcano, his constant companion for almost a decade. Shivering, he released his sword hilt. He knew all too well the dangers of the night. Once he had been one to stand against such things. Now, though...
He shook his head to clear the morbid thoughts. He was still a warrior, and creatures of the dark still feared his name. Yet lately doubt had crept into his mind. It had been a long time since he’d fought the good fight, long before the ravages of time stripped away his strength. The old man shivering at autumn shadows was but a spectre of the Alastair who had once battled the demons of winter.
“If only...” he whispered to himself. The words haunted him, carrying with them the weight of wasted decades. If only he had known, if only he had prepared himself. Instead the great Alastair had settled down and put the dark days behind him.
Then two years ago, Antonia had come. She shattered the peaceful world he had built for himself and dragged him back into a life he had thought long buried.
“Find them,” she ordered, and he had obeyed.
If only it were so simple. Things were never as they seemed when she was involved. Two years of searching and he was now farther from the truth than
when he started. The trail was ancient, his quarry adept at disappearing without trace. He himself had taught them the skills, but for generations they had perfected them. Alastair had tracked them as far as Peakill but there all trace vanished. For all he knew they were dead. He prayed to Antonia it was not so.
The wind died away and the chirp of crickets rose above the whisper of the trees. The fire popped as a log collapsed, scattering sparks across the ground. He watched them slowly dwindle to nothing and then looked up at the dark canopy. Through the branches he glimpsed the brilliance of the full moon.
Alastair gritted his teeth. She would come tonight. His hands began to shake; he had dreaded this moment for weeks. The sickly taste of despair rose in his throat. The world would feel the consequences of his failure.
“Not yet, there is still time,” the soft whisper of a female’s voice came from the shadows.
Antonia walked from the trees. A veil of mist clung to her small frame, obscuring her features. Her violet eyes shone through the darkness, making the firelight seem pale by comparison. Those eyes held such power and resolve that he shrunk before them. The scent of roses filled the grove and cleansed the smoky air. Her footsteps made the slightest crunch as she glided towards him.
“It doesn’t matter. They’re gone and I don’t have the strength to continue. Find someone else to fight this battle, I’m done!” he lowered his gaze, unable to meet her eyes.
“There is no one else like you. You know that,” there was anger in the girl’s voice. “Look at me and tell me you would abandon everything we have worked for!”
Alastair glanced up. “I abandoned my family for your cause,” he forced the words out, struggling to hold back tears. “I have given everything for you, and it has all been in vain. It’s over, they’re gone.”
He stared at Antonia, expecting anger, scorn, disappointment. She smiled. “It has not been in vain, there is still hope. Elynbrigge has found them.”
A rush of strength surged through Alastair. “Where?”
Antonia laughed. Absently she flicked a strand of hair from her face. “The trail was years old, but they are alive and well in Chole. Look for them there. He will watch over them until you arrive.”
Alastair jumped to his feet, scattering firewood into the flames. The blaze roared and leapt to devour the fresh meal. He ignored it. The fire be damned, they were alive!
“Wait,” the tone of Antonia’s voice gave him pause. “First you must go to Oaksville. There is someone there who needs you. When you find him, take him with you. Be quick; Archon won’t be far behind.”
“Who is in Oaksville?” the town was close, but the detour would cost precious time.
“Eric.”


Before he could reply, she was gone. 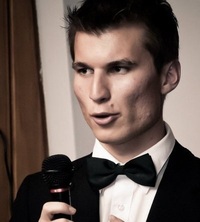 Aaron Hodges was born in 1989 in the small town of Whakatane, New Zealand. He studied for five years at the University of Auckland, completing a Bachelor's of Science in Biology and Geography, and a Masters of Environmental Engineering. After working as an environmental consultant for two years, he now spends his time traveling the world in search of his next adventure.