Welcome to my stop on the Moorigad: Complete Age of the Hybrid Series
by Debra Kristi blog tour! Below is an awesome guest post but you can check out the full schedule HERE! 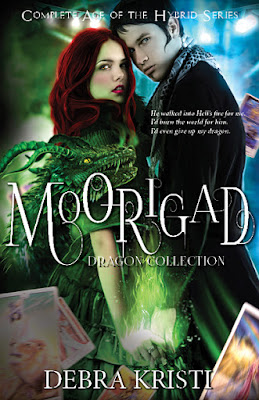 When Kyra, the Moorigad dragon-shifter, unwittingly finds herself at Mystic’s Carnival, a supernatural world between realms, she believes her runaway days are finished. Amidst the carnies and never-ending magic, she finds a home of the heart – friends and belonging among a gathering of paranormal beings. However, living an uncomplicated life was never one of Kyra’s strengths. She’s falling for her all-too-secretive best friend, Sebastian. And as she delves deeper into his mysteries, her goodwill sabotages their future and her very existence. What did Kyra do? Can Kyra and Sebastian find their happily-ever-after? In this action-packed, fantasy romance about two coming-of-age would-be lovers, Kyra and Sebastian’s union and strength of character will be put to the ultimate test. The stakes? Everything and everyone that ever mattered to them. 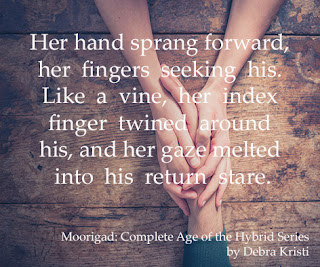 Sebastian and the Tarot Cards by Debra Kristi

Thank you for having me. I am thrilled to be here and talk about the research that went into the Moorigad Series.

Like most written stories, working in the world of Mystic’s Carnival entailed some research. Because I was dealing with a supernatural carnival, I had a lot of leeway. After all, it’s magic and, more importantly, a complete creation of my imagination. I could make it whatever I wished it to be. But supernatural or not, I wanted the carnival to have realistic carny roots. As a result, I found myself researching all kinds of things, many things never made it into the book. The put-up and teardown of the circus tent, training of the animals, performers makeup, secret carny language, and the operation of the shows and attractions, to name a few.

Today I thought it would be fun to touch on Sebastian’s deck of tarot cards. Our hero, Sebastian, reads the cards for the carnival patrons. He’s known to be rather theatrical, with skull makeup and a cloak. Maybe he’s channeling his dark side or trying to hide his face or maybe he’s just looking for a larger tip. I’ll let you draw your own conclusions―for now.
To make the cards believable to the reader, Sebastian had to show just enough without bogging the reader down with information overload. Inspired by a particular tarot card reader I’d met, I decided to give Sebastian his own style at reading the cards. It was a little scary. There is always the chance that someone who knows the details a thousand times better will complain, but it was a chance I was willing to take…after much research.

One does not simply write a tarot card reader into a book and not give them something to work with. Sebastian had to know his stuff, which meant I had to know my stuff. I poured through books and went to readings, watched the cards get dealt countless ways. The last reading I had done, the guy threw the cards on the table every which way. The entire deck! He read them based on which cards fell where, at what angle, and in which order. He was so fast it was hard to follow, but the experience really fueled my muse.

In 2014, I traveled to New Orleans to research a different book. New Orleans is a treasure trove for someone in Sebastian’s line of work and I couldn’t pass up the opportunity to explore. I found my way to shop after shop, furthering my education in the art. One particular store stocked every tarot related item I could possibly imagine. I picked up several books and decks. I would later come to realize Sebastian used a custom deck, created especially for him and his purpose. Those purpose being other than reading the cards for the patrons.

Do you think Sebastian should get a deck of cards based on the carnival and the cast? Wouldn’t that be something special?


I had so much fun writing these books and sharing about my tarot card experience. I want to take a quick moment to thank the readers and fans because you are the most important part of being a writer. Also, a huge thank you for having me here today! It has been a pleasure, and all the support is truly awesome. Wishing you all kinds of crazy magic in your day. 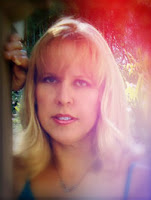 Live in reality. Play on the other side. Debra Kristi is a paranormal and fantasy writer. She lives in Southern California with her husband, two children and and three schizophrenic cats. She’s a full-time kid chaser, video game maker's wife, and muse prompted writer. Unlike the characters she often writes, she is not immortal and her only super power is letting the dishes and laundry pile up. When not writing, Debra is hanging out creating priceless memories with her family, geeking out to science fiction and fantasy television, and tossing around movie quotes. “She writes because the dead girl told her to.” 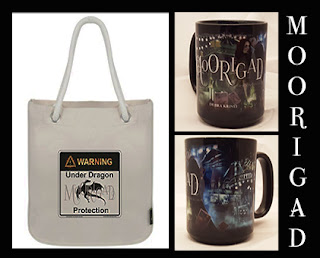