The Haunt Of Thirteen Curves by Jeanne Arnold Book Blitz and Giveaway! 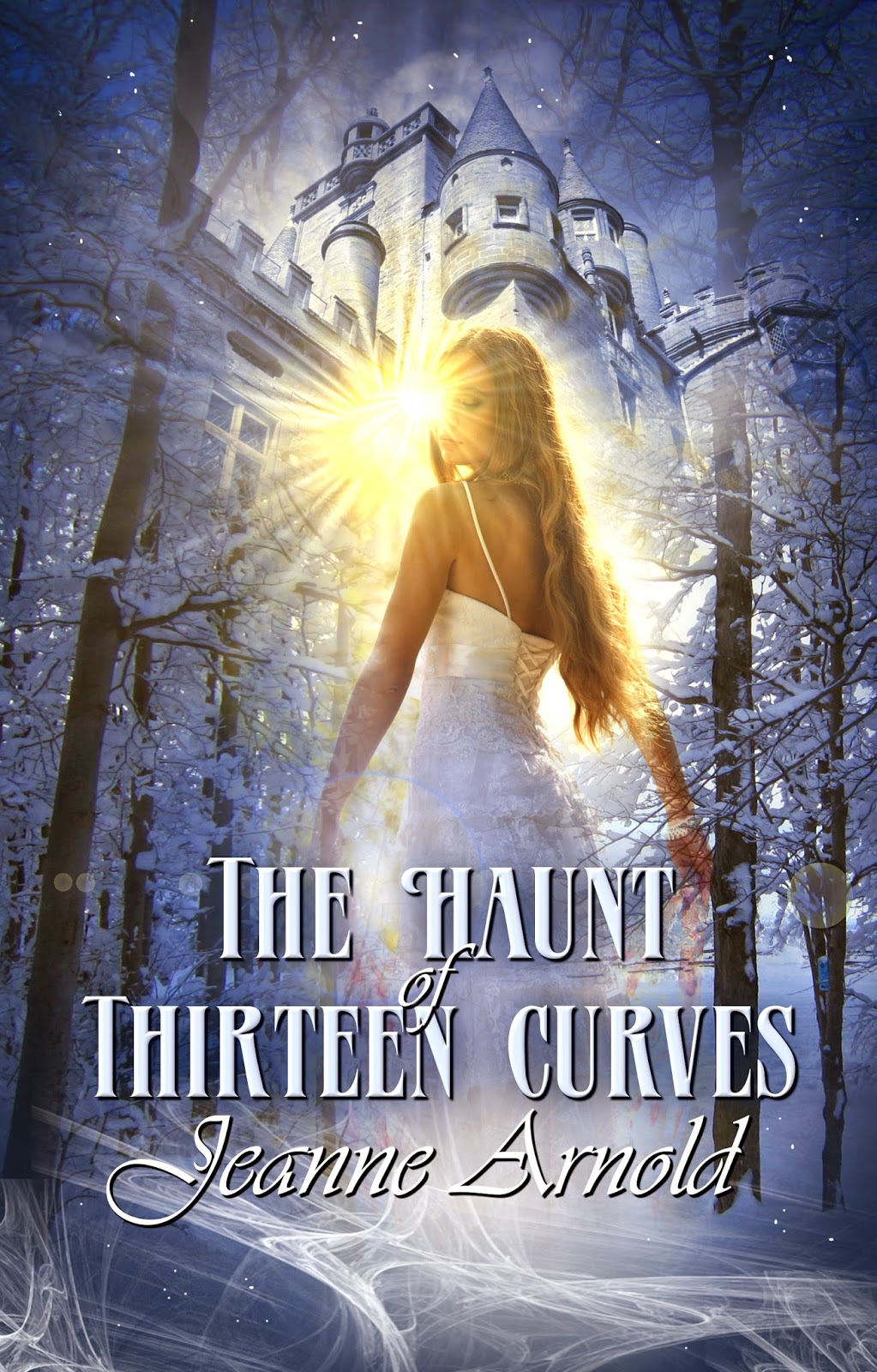 BOOK DESCRIPTION:
"In the armory, things can be convincing and impossible. Just like Elias."

Seventeen-year-old Marcella Jackoby’s bleak reality is altered when she encounters the apparition of a grieving bride wandering the deadly thirteen curves outside of Pennywright. Intent on capturing Marcella, the bride seeks to populate a mythical castle disguised as an abandoned armory, where young guests tirelessly battle an alliance of recluses in order to live with the promise of eternal youth and love.

Unaware of Elias Hawk’s efforts to safeguard her from untimely death, and in spite of the fact that he and the kids residing at the armory are not what they appear to be, Marcella falls for this enigmatic young man. As she uncovers Elias’s century-old secret, Marcella’s home life crumbles and an encounter with a roughneck adversary threatens her budding relationship and the existence of the armory’s residents, unintentionally leading Marcella to ignite war between the worlds, endangering the couple’s future in a shocking twist of fate.

A tall boy breezes in. A set of louvered doors flaps back and forth like angry butterfly wings.
“We’re not looking to expand,” he addresses the dinner party in a curt tone, wielding a knife and a loaf of steaming bread. The plates and cutlery on the table jump when he drops the bread and then slices it with precision. Nobody acknowledges the knife lifting dramatically in the air. Only Marcella holds her breath.
The hairs on her neck straighten as if she’s been zapped by an electric current. The air has transformed around her. An unsettling energy passes through her and collectively awakens every nerve, muscle and cell in her body. Who’s this boy no one else notices?
“Aren’t you hungry?” Nissa turns to Marcella and gives her a labored expression. She taps Marcella’s plate with her glass of milk.
Marcella finds it strange that these kids aren’t devouring hamburgers or pizza or soda. She whispers, “No. I think I’m going to be sick.”
The tall boy with the knife is now walking around the table in slow motion, his hands behind his back, a plaid shirt tied around his waist. His brows are furrowed, and Marcella is aware that he’s subtly checking her out.
The skin behind her ears prickles. She’s reluctant to move at all. The boy makes her uneasy. The force strengthens as he closes the space between them.
“Ignore him,” Vernie says and bumps Marcella’s shoulder. “That high horse does this every time we eat. Have a bite. Then he’ll go away.”
Marcella notices the boy scrutinizing the dishes on the table. Her nerves ratchet. If someone could read her thoughts, they’d laugh. She can’t help feeling the boy is irritated with her. Like his comment was intended for her.
Still, she’s not sure she wants him to go away so soon.
When he gets to the side of the table where Vernie, Marcella and Nissa are sitting, he stops at Vernie’s back where her chestnut-colored braid is twisted into a fancy bun.
Marcella glances at the floor and sees his slippers. She gulps as the realization hits her.
“Be nice,” Vernie hisses at the boy. She gasps when he slaps his knife down on the table in front of her full plate.
“I’ll clue you in. That’s Mammoth Red Rock cabbage with Gala apple slices. Snapped the neck right off that turkey myself. Dig in already,” he says with a hint of brag and a hint of irritation that she hasn’t eaten much because her tongue has been running. The boy’s voice is deep, yet youthful.
Marcella blushes when he speaks. The blood filling her cheeks is painful. Her stomach is so mixed up she can’t eat to save her own life. With hopes he won’t address her empty plate, the damage she caused in his room, she tries to appear invisible. But she can never be invisible. She’s more obvious surrounded by her peers than the sun shining in a cloudless sky.
The boy continues on his loop around the feast.  He’s not the older man Marcella took him for. He’s Elias Hawk—a boy who’s merely the ripe old age of nineteen.

Jeanne Arnold is an author of young adult romance. At a young age she found her creative outlet in art, and for years her fictional characters came to life in drawings and paintings, until they demanded a voice. Now they grace the pages of her stories. Jeanne shares her time with her fictional teenage counterparts and her human family in Central New York. STUBBORN is available in ebook, print and audiobook at all major online retailers. Look for THE HAUNT OF THIRTEEN CURVES in July 2014 and JUST AS STUBBORN, the second installment in the STUBBORN series, in January 2015.