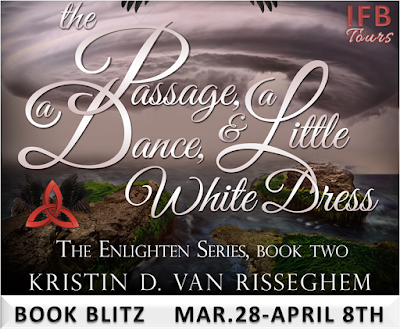 Welcome to my stop on the promo tour for the second book in Kristin D. Van Risseghem's YA fantasy series. 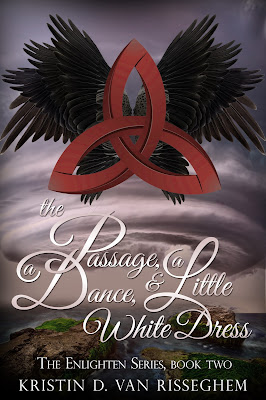 It's been a week since 17-year old Zoe Jabril found out her best friend is a Guardian Angel, her boyfriend is a Nephilim, and a fellow classmate is a Fairy. What makes Zoe so special? She’s destined to unify Enlightens to battle evil—that is, if Demons don’t kill her first.

With ‘Project: Enlightens Unite’ underway, Zoe learns the history of the area wolf pack and realizes she's in a race against time to get her newly discovered talents under control. Despite struggling to fight a mysterious attraction to her new neighbor, rescue her boyfriend from Demons, and travel into Fairyland to convince the Summer King to join the fight, Zoe must still attend high school classes so her nosy parents don’t suspect anything is out of the ordinary before Demons can mount another attack.

Zoe will need all the help she can get, from the most unlikely of sources, if she’s to save her boyfriend's life and prevent the Devil from escaping Hell on her eighteenth birthday.

Last night, a friend of mine rose from the dead—and I was the one who brought her back. So I guess . . . I’m an angel. Or, at least most of my friends think I am.
Even wrapped tightly in the arms of my favorite oversized PINK hoodie, I shivered. It was chilly for mid-April while I sat on my front porch with the sun just coming over the horizon, but that wasn’t where the tremor had come from.
I glanced up, startled by the high-pitched squealing of truck brakes that rang above the music playing from my iPod. The truck turned into the cul-de-sac and careened straight into the next-door neighbors’ driveway. What made it really strange was the house had been empty since last October. I could still see the top of the “For Sale” sign on the manicured front lawn. I pulled out my cell phone to text my boyfriend, Shay.
Me: Good morning!
As I waited for a response, a gray-uniformed driver opened his door and climbed down. He walked to the back of the truck; then multiple doors slammed.
“This furniture goes into the living room on the main level,” a man said.
I didn’t particularly want to be a nosy neighbor, but I couldn’t help myself. I eased higher on the top step, hoping to get a look at the man who seemed to be in charge. His back was to me, so all I could tell was he had short blond hair. He glanced down at something then looked back up, turned, and pointed toward a number of other, smaller trucks in the cul-de-sac parking. More uniformed men jumped out of the smaller trucks and gathered around their boss, waiting for instructions. I had no interest in watching a bunch of people move boxes, so I just stayed on the step and waited for my best friend, Kieran, and Shay.
A shadow moved into my vision. I lifted my head and spotted someone standing on the street in front of my gate. From this angle and with the sun directly behind the person’s head, I couldn’t see the face, but I knew the body. Then he cleared his throat, and I smiled. I stood and lifted my hand to shield my eyes. No wonder he never texted me back. He probably thought an in-person hello was better.
“Hi,” I said to Shay. “Why are you just standing there? You can let yourself in.”
He stepped forward and opened the gate, and as he came into view, my eyes traveled up his body, over the usual black boots and black jeans. A blood-red T-shirt hugged his upper torso, which was odd. When had Shay added color to his wardrobe? The sleeves barely contained a notable set of muscles and the rest of the material was unsuccessfully hiding what I knew to be an impressive six-pack. In contrast to his dark clothes, Shay had blond hair, unlike my own long brown hair. Now that he was coming out of the direct sunlight, I was able to admire his strong chin and soft lips. Last week I’d kissed those lips on a number of occasions.
But by the time I reached his eyes, which were the most startling aqua color, an intense shiver ran through my body. The sensation was nothing new, but it felt off.
My mouth opened, ready to speak, but he beat me to it. “Name’s Aiden,” he said.
Aiden?
The person standing in front of me looked so similar to Shay. He could have passed as Shay’s older brother. He was going to be my next-door neighbor?Whoa.
“Hey, Aiden!” a shrill female voice shouted from an open window. “You still have unpacking to do! If I have to tell you one more time, I’ll raise holy hell . . .”
I couldn’t speak. Maybe the saying “we all have a twin in the world” was true. Aiden turned and briskly walked back toward his house. I gawked at his retreating back. 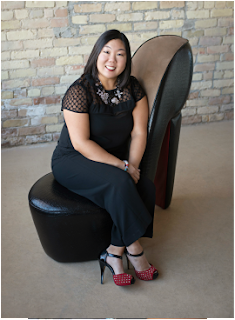 Kristin D. Van Risseghem grew up in a small river town in Minnesota with her parents and older sister. And after receiving a double Bachelor of Science degree from Winona State University in Paralegal and Corrections, she worked as a Paralegal for various law firms around the Twin Cities for 14 years. Then she left the legal field and is now a Senior Buyer for a technology company.

Currently, Kristin lives in Eagan with her husband and two Calico cats. She also loves attending book clubs, going shopping, and hanging out with friends. She has come to realize that she absolutely has an addiction to purses and shoes. They are her weakness and probably has way too many of both.

In the summer months, Kristin can usually be found lounging on her boat, drinking an ice cold something. Being an avid reader of YA and Women's Literature stories, she still finds time to read a ton of books in-between writing. And in the winter months, her main goal is to stay warm from the Minnesota cold!
WEBSITE | FACEBOOK | TWITTER


"The Passage, a Dance, & a Little White Dress" #BookGiveaway

~GIVEAWAY #2~
Open to everyone