Today Abi Ketner, Missy Kalicicki and Month9Books are revealing the covers for the special hardcover fan editions of BRANDED & HUNTED, book 2 in the Sinners Series releasing in April 19, 2016! Check out the smoking hot covers and enter the giveaway to win special notebooks with the covers on them! 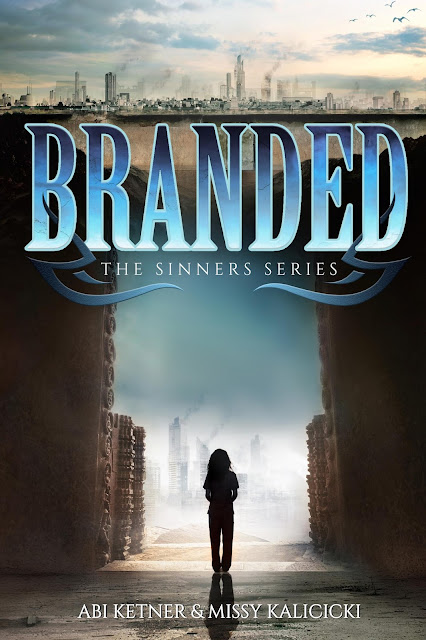 Fifty years ago The Commander came into power and murdered all who opposed him. In his warped mind, the seven deadly sins were the downfall of society.
To punish the guilty, he created the Hole, a place where sinners are branded according to their sins. Sinners are forced to live a less than human existence in deplorable conditions, under the watchful eye of guards who are ready to kill anyone who steps out of line.
Now, LUST wraps around my neck like thick, blue fingers, threatening to choke the life out of me. I’ve been accused of a crime I didn’t commit, and the Hole is my new home.
Constant darkness.
Brutal and savage violence.
Excruciating pain.
Every day is a fight for survival.
But I won’t let them win. I will not die in the Hole.
I am more than my brand. I’m a fighter. My name is Lexi Hamilton, and this is my story.

What readers are saying about BRANDED…

"Branded was a riveting and exciting dystopian read that will have you at the edge of your seat. I could not put it down and was entranced by this dark and unique world!" -Ben Alderson, Booktuber at BenjaminofTomes

"Fast paced and fun, BRANDED has something everyone will love. Abi Ketner and Missy Kalicicki have created a unique dystopian romance that's sure to stand out in today's market!" -Lindsay Cummings, Author of The Murder Complex

"Branded is a fast paced, heart pounding and swoon worthy read that will make you fall in love with this dark and twisted world." -Sasha Alsberg, Booktuber at ABookUtopia 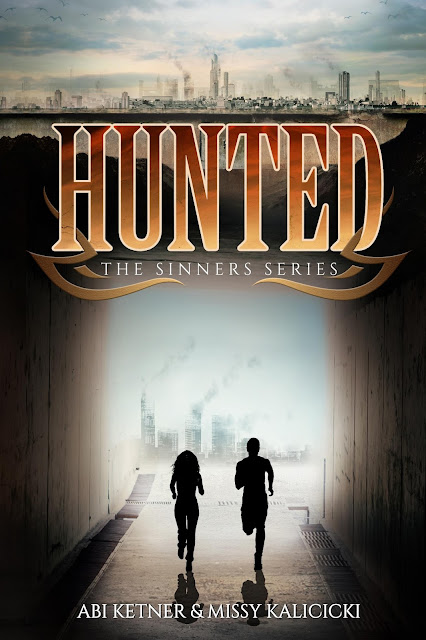 It’s been three months since the revolt against the Commander’s fifty-year-old regime failed.
Under a new ruler, things were supposed to change. Get better.
Now, Wilson is in charge. But, can he really be trusted? Can anyone?
Lexi and Cole soon find out, as life takes an unexpected turn for the worse.
In this ever-changing world, you must hunt or be hunted.
Many more lives will be lost.
Many more dreams will be crushed.
Many more fears will be realized.
When Cole is once again faced with losing Lexi at the hands of a monster, one capture will change everything.
Forever.
HUNTED is the electrifying sequel to the bestselling debut BRANDED, A Sinners Series, by Abi Ketner and Missy Kalicicki.

About Abi and Missy

Giveaway Details:
1 winner will receive a special edition BRANDED notebook from the Month9Books Café Press store and a BRANDED Bracelet, Us Only.


1 winner will receive a special edition HUNTED notebook from the Month9Books Café Press store and a HUNTED Bracelet, Us Only.