Blurb:
Destiny Clark, a young Mormon girl living in Tennessee, is wildly infatuated with Isaac Robinson, the headmaster's son at her Baptist high school. When they're cast together in the school's production of Les Misérables, Destiny is horrified to find that she has to be publicly humiliated by acting out her true feelings of rejection onstage.
As their rehearsals begin, Destiny realizes the unimaginable: Isaac has developed deep feelings for her despite their religious differences and the fact that he has a girlfriend.
But will they be able to find their place amongst the backbiters of their ultra-conservative world?
Weaving around Destiny and Isaac's alternating viewpoints, Destiny is the first book in a series inspired by the characters of Les Misérables and explores heartbreak, self-discovery, intolerance, and love.


You can find Destiny on Goodreads

You can watch the book trailer here:

We neared my hammock spot, and Isaac stopped and peered at it through the remaining light that filtered through the orange leaves. “Wow, this is beautiful,” he said.
“This is my favorite place to come when I need to think,” I said quietly.
“It’s very peaceful,” Isaac said. “I can see why you like it.” He scrutinized me, his facial muscles fighting to find the appropriate expression. Confusion, worry…interest? Each battled for control of his features. “It must be really hard for you and your family, being the only Mormons at a school full of Baptists.”
I blinked in surprise. I hadn’t expected sympathy from the headmaster’s son. I imagined Dr. Robinson had been filling his mind with lies about Mormons since he was a small boy—especially after our family converted. There was a lot of anti-Mormon talk going around during that time, and Dr. Robinson hadn’t been the only person educating the congregation on what he thought we believed. Mormons hadn’t been the only ones being spoken against either. I’d heard plenty against Catholics, Jews, Muslims, Wiccans, Seventh-Day Adventists, and Jehovah’s Witnesses.
“I’m surprised you even care,” I whispered.
“My dad may speak against your church, but I don’t necessarily feel the same way. The more he tries to convince me there’s something wrong with you, the more I want to learn about what you believe.”I was stunned. These were the last words I’d ever expected to hear coming from Isaac’s lips in a million years. “I—I don’t know what to say.”
His eyes traveled across my face like he wanted to remember every feature, mud and all. “You know,” he whispered as he reached a hand up and tucked a strand of hair behind my ear, “Even covered in mud, sticks, and dirt, you are still absolutely breathtaking.” I couldn’t move. I needed to tell him to stop, that this wasn’t right, but I was frozen, immobile.
His voice grew serious. “I have a confession. I haven’t been able to stop thinking about you ever since our practice. Your voice…I felt so connected to you.” His eyes were intense. “I’ve hardly been able to sleep.”We stood face-to-face as I stared up into his warm brown eyes. My heart was beating so fast I was sure it was going to explode. How many times had I hoped for this moment? I never in a million years had imagined such words would come out of Isaac’s mouth. His perfect, beautiful mouth. This was unreal, beyond my wildest daydreams. It was so hard to fight the desire to be with him. All my most unreachable dreams were suddenly, so unbelievably, about to come true. But they were forbidden. The right thing to do would be to pull away, turn from him, run back to the house. My head screamed at me to flee, but my heart begged me to stay.
I stared at him, memorizing his every feature. His dark hair, a little messy from crawling through the trees. The strong, clean lines of his jaw. His brown eyes that regarded me like I was something to be treasured. His perfectly smooth lips. Even the little smudge of dirt under his left cheekbone.Especially the smudge of dirt.
“Why are you so perfect?” I whispered. I shouldn’t be encouraging him. I should be turning to leave. Walk away, Destiny. Now!
Isaac’s eyes softened like pools of melted chocolate. He leaned close. Too close. What if he was just playing with my heart? The lingering scent of his cologne mixed with pine enveloped me. My desire for him battled against my weakened resolve to keep the values I’d been taught. I’d promised myself a hundred times I’d only date good Mormon boys. When I’d watched Isaac from afar all those years, I’d thought it was harmless fun. I never thought I’d be in this situation.
Isaac reached up and slid the rubber band from my hair, allowing my hair to fall loosely around my shoulders.
“Beautiful,” he whispered. He traced a line down my jaw with his thumb. I raised my eyes to his. They were so dark, so full of promise, so forbidden. I wanted him to kiss me so badly my body trembled with anticipation. I lowered my gaze to his lips and decided in that moment to stop fighting. It was no use. I couldn’t do it anymore.
As though my focus on his mouth had encouraged him, he leaned forward and pressed his lips to mine, softly at first, and then with such fervor, such passion. I responded immediately, kissing him back as though my life depended on it. It was more potent, more perfect than any of my dreams. They didn’t even come close. His hands wrapped around the back of my neck, his fingers in my hair. He slid his arms down my back and wrapped them around my waist. We kissed until my knees went weak and I could hardly stand.I pulled away, gasping for breath, but Isaac pushed me against the trunk of a giant oak tree and leaned in for more. He kissed me hungrily, like a starving man, desperate and wild.

Wife. Mother. Writer. Cindy Ray Hale lives in Murfreesboro, Tennessee with her husband and four children. In addition to being a writer, she’s an avid reader and a social media junkie. She starts her morning by writing with a freshly-blended berry spinach smoothie next to her. She’s obsessed with Les Misérables, playing the piano, and stalking up-and-coming musicians on YouTube. Destiny is her first book and will be available for purchase November 2013.

And there is a tour wide gveaway, here is what you can win:

- A Destiny Swag Pack:including a signed copy of Destiny, a Destiny keychain, a t-shirt that says "I heart Destiny," a Destiny bookmark.
- a $25 Amazon Gift Card
- Camp Boyfriend Swag pack. 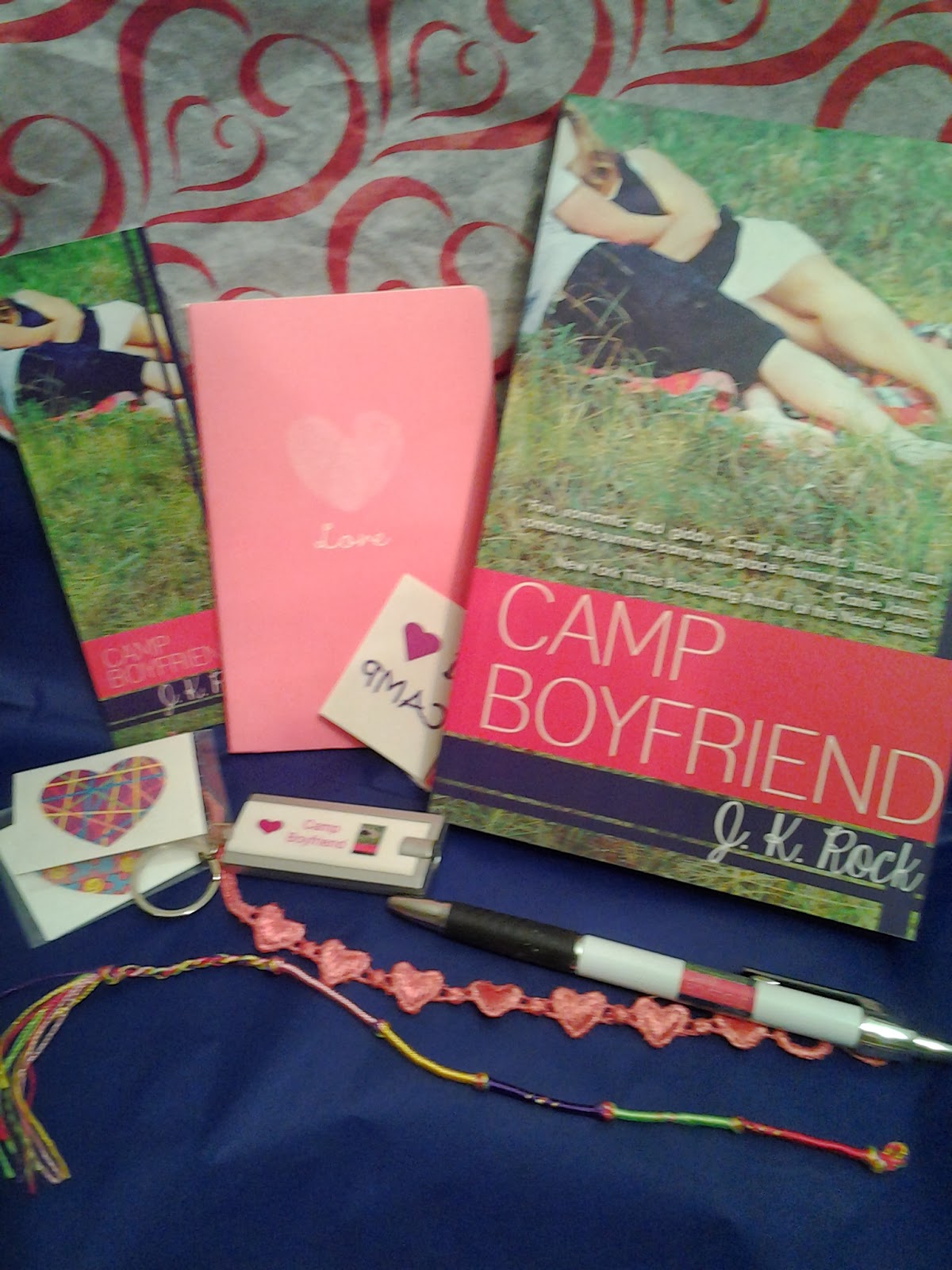 For a chance to win enter the rafflecopter below: