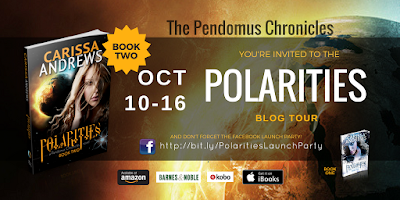 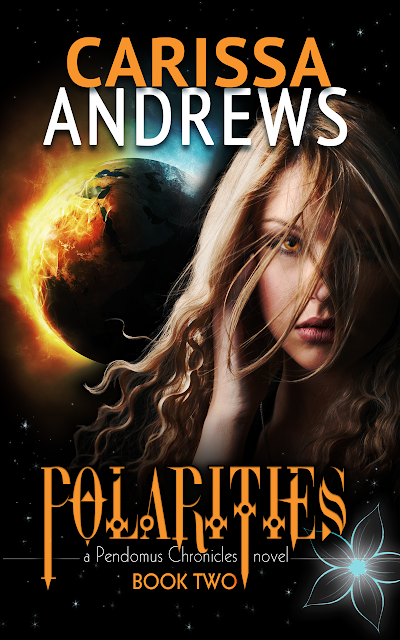 Runa, the prophesied Daughter of Five needs to learn how to master herself, or all of Pendomus will perish.In a world where mythical creatures are either controlled, or on the brink of extinction—a prophecy reveals there's one who can restore balance. The only problem is, she has no idea how to do it.Separated from the only people who've had her back—as well as the love of her life, Traeton—Runa must go on a quest alone to uncover what it means to be human, as well as the Daughter of Five. Dropped in an unknown location, presumably still on the planet, she only has a monolithic book—the Caudex—as her guide, but it's not giving up its answers easily. Will she be able to uncover the mysteries? The fate of the entire word rests on her shoulders and her ability to push through all of the challenges set her way.Will she learn what she needs to step into her role as savior? Or will everything be derailed by her desire to get back to her friends?Polarities is the second science fiction/fantasy/dystopia genre-bending novel in the Pendomus Chronicles Series. Even those who ordinarily don't like sci-fi love this series, and you will too. If you like movies like the Matrix, you'll love this fast-paced series that will stay with you for days once you're done.

To see where it all began, be sure to check out Carissa's first novel, Pendomus (Book 1 of the Pendomus Chronicles.) 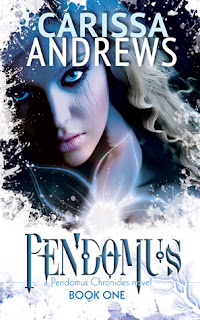 How far would you go to control your fate—especially when you're not given a choice?After watching her father die, Seventeen-year-old Runa Cophem can't become a Cremator—she just can't. It doesn't matter what the aptitudes of the Helix say. They're dead wrong. Instead, she braves the inhospitable world outside the safety of the one place she's called home, only to be attacked by an invisible creature and left for dead.After being saved by a stranger, Runa realizes naivety is an understatement for how prepared she was. Not only was she incredibly sheltered—but she's been hunted by a madman since before she was ever born. She's special and all of Pendomus needs her. But how can she save the world when she can't even save herself?Tested by the fates, Runa must embrace the challenges handed to her—or perish along with Pendomus.

And book 3 is out in November 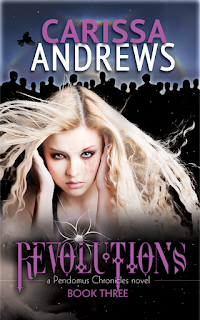 As the timelines of Pendomus fray, one girl born with power has the ability to set things right….Forcing her way into Videus’ vassalage may be the last thing Runa will ever do, but she knows she has to try. Not only are there others like her—others with powers—but they’re directly tied to her by blood. With Trae's mental stability in question, and Kani missing, Runa can only rely on herself and the aid of her brother to fulfill her destiny. If she can embrace her role as the Daughter of Five, hopefully she can set things right and free Trae from whatever madness is taking over his mind.There’s more than meets the eye to Videus’ obsession with Runa and her bloodlines. The only problem is, unraveling the mystery could unleash catastrophe on everything she holds dear, if she’s not careful. Can Runa stop Videus once and for all—or will the fate of Pendomus be locked forever by one man’s madness?Step into Pendomus - a world that meshes mystery, magical creatures, and destiny with science fiction and technology.

You’re one click away from having all the answers to the Pendomus Chronicles secrets.

Writers write, go figure, eh? My story doesn’t stray too far from the apple. Hmmm…the orchard? Why are there trees? Well, paper is made from trees, so I guess? Weird analogy? Hang on, let me rephrase. Whew.

I write because if I didn’t, my brain would explode. And that would be a messy affair, to say the least. Plus, I’m pretty dang sure my kids would simply walk around my carcass, rather than clean up the mess. So, instead, I bleed through my fingertips to keep that fiasco at bay. Savvy? (Sorry, couldn’t help myself. We just re-watched all of the Pirates of the Caribbean movies last week. LOL!)

Pretty sure my love of books started before I could read or write. Then, when I could do those things, I consumed books like they were the other half of my soul. By about 12, I was writing angsty poems (because, isn’t that what tweens do?). At fourteen, I wrote my first novel—which will never see the light of day. Hopefully, it’s not burned into my English teacher’s brain, poor woman. She was the only one who got the pleasure of reading it. HA!

My first job was pretty spectacular for the budding bibliophile (although, quite devastating on my take-home pay). I was hired as the magazine manager for my local bookstore—at fifteen, mind you. That basically meant I worked for the bookstore as a cashier (like everyone else), but I was also in charge of the magazines. They were my domain and I loved it.

When I moved away to go to college, I was hired at both the bookstore in Duluth, as well as the movie theater. Both were just as bad as each other for infusing my mind with great stories. Later, I was hired as a magazine production manager, for a large publisher, called Advanstar Communications. I was the first of the PMs to embrace this whole “computer thing” – ushering in the realm of Computer-to-Plate (PTP) technology that is the norm, nowadays. When I was hired, back in 1999, everything was still done with film! Whaa?

Okay, so fast-forward. I’ve worked for publishers, printers, and marketing peeps since then. I even went back to school for graphic design. (This means all those snazzerific images you catch on my social media, or even the book covers for my books—all designed by yours truly!)

Because of all this exposure in the world of publishing, when it came time to launch my first book, Pendomus, it didn’t take much convincing to go the self-published/indie route. Now, with Pendomus, launching it was done with far less fanfare than Polarities and Revolutions have. I didn’t have the marketing engine that I do now (read: awesome authors in my genre who also back me up, and a growing email list!). I did 3 blog tours and a cover reveal, but once it was over, that was about it. I didn’t have the time or energy to do much else, so I kinda sat back and waited.

In part, this was because it was hard for me to wrap my brain around how to market the first book of a series when I hadn’t even started the second book yet. Have you ever had brain freeze like that? Where no matter what you try to brainstorm, it just looks stupid? Plus, I was so done with the overload of marketing crap that I was inundated with, so it was hard for me to wanna push my book the same way. It didn’t feel authentic, or overly productive. This was the tail end of 2013.

Now, flash forward to 2017. Last NaNoWrImo, I not only finished Polarities, but got a fantastic head start into Revolutions. By January, the first drafts of both were complete and sent out to beta readers. It was a whirlwind, for sure. I knew then I was going to push to get both books launched this year. On the upside, I did have the sense to push it out to the end of the year, so I had time for final edits and marketing. On the “what in the flying f@ck was I thinking” side, I won’t be launching 2 books back-to-back again unless I have a PA to back my play. Seriously, I’ve just about gone completely mental, and stress levels are through the roof. Did I mention I had to give up caffeine during all this mess? Evidently too much stress + too much caffeine = super tight muscles. This translated into TMJ Syndrome, and I can attest, it’s NOT fun. LOL!

What I’ve learned this year through the process of launching Polarities and Revolutions is that there is an underground network of simply STELLAR authors who are working tirelessly to help promote each other in a variety of ways—newsletter swaps, BookBub promos, Like for Like author page groups, Thunderclap campaigns, and so many more ways. I started really digging into the realm of Facebook author groups in July, and mostly because I was scratching my head, trying to figure out the best way to get my books in front of more eyes. I was taking book marketing classes, and I can tell you, NONE of those classes even delve into the marketing tactics that I’ve found to be most successful thus far. Truly, the kudos go out to all those other authors who love books, and love to promote other author’s books. I’m simply in awe and thank each and every one of the authors who have helped me to promote my books.

Whether or not the Pendomus Chronicles gets the traction I hope for it, or it fizzles by the wayside at launch, I know I’ve pushed myself (literally) to the breaking point and there’s not a whole helluva lot else I coulda humanly done. I’ll keep pushing on. Keep writing. Keep loving this author life and all the ridiculously awesome insanity that goes along with it. 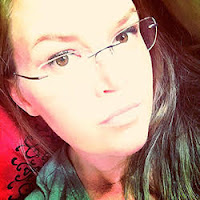 "An author emerges from the depths of Minnesotan waters. Sci-fi/Fantasy is my pen of choice."Carissa Andrews is a Minnesota-based genre bending author who writes a combination of science fiction, fantasy, and dystopia. When not writing her own books, she's busy reading them.Her first novel, Pendomus, was the first of a three-part series and was published in 2013. Now, four years later, Polarities (Book 2) of the Pendomus Chronicles, and Revolutions (Book 3) will be released at the end of 2017.For more information on their release, visit Carissa Andrews' author website: www.carissandrews.com and sign up for her newsletter notifications.Carissa is also a freelance graphic designer, writer and content creator, social media manager, and marketing professional. She writes consistently on topics of science, technology, art, writing, photography, graphic design, health, self improvement, and more. Her articles can be found published across the interwebs. Carissa is also a Top Rated Freelancer on Upwork, and can be contacted for freelancing opportunities: https://www.upwork.com/o/profiles/users/_~011fb5962824326eaa/