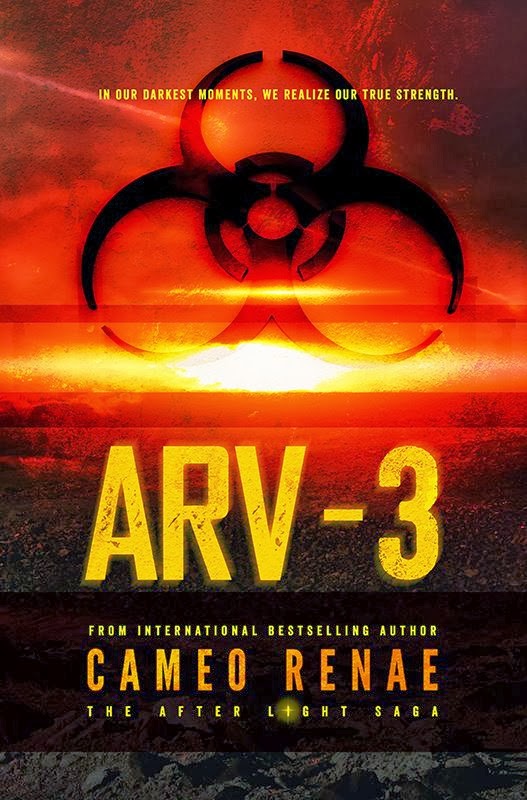 June 6, 2014: The beginning of the end. The Apocalypse.
A nuclear fallout wiped out every living thing on the planet, except for a few
thousand of us who took shelter in underground bunkers across the globe. Now,
after thirteen long years, we were finally able to return to the topside to begin to
rebuild.

We thought we were alone. We were never more wrong.
Before the fallout, scientists had worked on creating an anti-radiation vaccine
(ARV). The first two attempts failed, but despite the incomplete tests and results,
the government approved and distributed the third serum to the masses in an
effort to aid those who had no shelter.
It worked, keeping those who remained on the topside alive, but it also altered
and mutated them. This new and infectious threat had completely outnumbered
us. Now, we not only had to rebuild our planet. We would have to fight for it.
My name is Abigail Park. I’m seventeen, and this is my story.

My family is what keeps my heart beating, and my world a happy place to be.
I love reading great books that whisk me away from reality, even if for a little
while. :) Writing is my passion. I love creating new worlds and new characters,
and taking wondrous adventures with them.
In My Dreams & Hidden Wings were both recently published through Crushing
Hearts and Black Butterfly Publishing. Descent (A Hidden Wings novella) will be
released May 15, 2013, and Broken Wings (Book 2 in the Hidden Wings Series)
will be released June 1, 2013.
One day I will find my magic wardrobe, and ride away on my magical unicorn... ♥
Until then... I'll keep writing! ;)

When Abi was small the Apocalypse happened. Her father and mother and some close family and friends went into a fall out shelter. They had enough provisions to last years but with resources running out they are now finally about to hit the topside. They are excited and nervous all at once but a few days before they are scheduled to leave something happens to make them scared. They can receive messages from other hives and they are told that when the Nuclear Fallout happened the government  made "vaccines" but never tested the product properly. A side effect of the vaccine was that they created these mutants that are now topside. What will the family do? How will they manage to go to the Government safe zones which are surrounded with thousands of mutants? What will happen if they get there?

I have to say that I loved this!!! For me Abi and Finn made this book so much better. I loved their relationship. They have been best friends since they went to the shelter and always have each others back. They would do anything for each other. I loved seeing their friendship develop into more.

Abi was kick ass with a side of kick ass!! She is the hives best shooter and rarely misses. She is well able to pack a punch too. They were taught how to shoot and fight since they were old enough to hold a gun. She is thrust into this unknown world with these things and she really shines. She is the first person Id want on my Zombie fighting team. She is a strong, intelligent character and was by far my favourite.

Finn is Abis best friend. Its only by accident that he ended up in the hive but Abi would be lost without him. He keeps her sane and they know each other so well.  Finn was also kick ass and someone else you would want at your side in a Zombie attack. He looks out for Abi and cares deeply about her. He is kind, honest and hawt ;)

For the first half of ARV-3 we see the gang struggling to reach the government safe zones and having to fight the Arvies. It was action packed and kept me on the edge of my seat. The time they were in the town was so scary and heartpounding. The author had a way of describing the scenes that completely emersed me into the action and had me breathless with anticipation.

The second half has not as much action but plenty of anticipation. Are the safe zones really safe? Will they be the best thing for the group? Who makes it? Well you will have to read it to find out!!!

Overall ARV-3 was awesome. The authors writing style just grabbed you and pulled you into the story. Its the type of book that when you are reading it you don't want it to finish. Its a pulse pounding read and one Id highly recommend. I cant wait to jump back into the lives of Abi and Finn and see what happens.