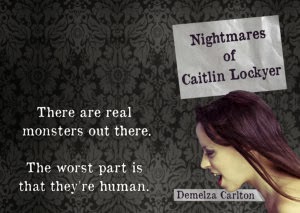 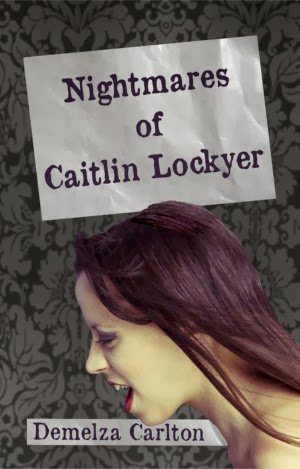 There are real monsters out there. The worst part is that they're human.

They took her away from me.
I mumbled a protest through the haze of pain and exhaustion that had turned me into little more than a zombie. I'll never be able to watch a zombie movie again without remembering this night, I thought.
"It's all right - we have to move her to take care of her. She's hurt worse than you," I was told. "We need to treat you, too. There's a gunshot wound in your shoulder."
One of the hospital staff looked grim and came over. She started firing questions at me.
"Name?"
"Nathan Miller."
"What happened?"
"I was shot."
"By whom?"
"A homicidal lunatic with a gun and bad aim."
"Her name?"
"Caitlin Lockyer."
"What happened to her?"
"Looks like someone tried to kill her."

Nathan found Caitlin on a beach covered in blood. Saving her life was just the start. Now he's the prime suspect and he has to find out who's really responsible. Both of their lives depend on it.

Who hurt her?
Why was he shot?
What did he promise?
Why doesn't his story add up?
Who was the dead man on the beach?
What will she remember when she wakes up?

A tiny taste of what's in store:

"Stay away from her, Nathan. That girl isn't good for you."
Stay away from her? I'd go crazy with worry in a day. "You don't know her."
Chris looked grim. "Neither do you. Is there anything you wouldn't do for her?"
"Yes," I snapped. "I wouldn't die for her."
Chris turned around to stare at me, her mouth hanging open.
"Do you want to know why?" I asked steadily. "I wouldn't die for her because I wouldn't be able to protect her any more. What if I missed one of the people who hurt her? I couldn't take that risk. She's too important."

Demelza Carlton has always loved the ocean, but on her first snorkelling trip she found she was afraid of fish.
She has since swum with sea lions, sharks and sea cucumbers and stood on spray-drenched cliffs over a seething sea as a seven-metre cyclonic swell surged in, shattering a shipwreck below.
Sensationalist spin? No - Demelza tends to take a camera with her so she can capture and share the moment later; shipwrecks, sharks and all.
Demelza now lives in Perth, Western Australia, the shark attack capital of the world.
The Ocean's Gift series was her first foray into fiction, followed by the Nightmares trilogy.

A Girl Can't Know What it's Like to be a Man

A female author can't write a convincing male perspective. She's just not anatomically equipped to think like a man, so it's impossible.
I guess I just don't like being told something is impossible, because the male perspectives in my books are what many readers love – yes, including the sex scenes. Oh, now there's a can of worms…or maybe just those little pink sausages…sex from a guy's perspective. I believe I'll leave that can closed at the moment and open it a little later.
Why bother? I mean, when writing a female perspective comes so naturally, why would I choose to write as if I were a man?
I write my books predominantly in first person perspective. Each character has a completely different perception and voice, so that's what I write. I see each scene through the character's head – their eyes, nose, ears, sense of touch…and occasionally taste. That colours the scene, too, limiting the amount of description I use, as real people only notice a few things about other people or anything new. So, when Nathan Miller first looks at Caitlin in Nightmares of Caitlin Lockyer, he notices her injuries and her expression. He doesn't say how beautiful he thinks she is, nor her background or even her life history, as he knows it. In fact, he's got a lot in common with clams, he's so forthcoming with information. I like Nathan's perspective because it allows me to hide things.
A common adage in writing is, of course, "Show, don't tell." When you're writing suspense like I do, sometimes it's more a case of, "Hide, don't tell." Some things are hidden in plain sight, described in the text but not given any significance by the character. Yet, these tiny details are crucial to unravelling the mysteries hidden in the story.
Caitlin knows exactly what happened to her. It's why her nightmares are so vivid, driving her into a screaming panic most nights. To write this book from her perspective, as I did the original draft in 1994, would give away far too much and include graphic details of sickening abuse. If you're after that kind of information – don't worry, I didn't delete it, nor did I hide it completely. The sequel to Nightmares of Caitlin Lockyer is Necessary Evil of Nathan Miller, and that book is entirely from Caitlin's perspective, graphic violence and all.
Nightmares of Caitlin Lockyer is about Nathan finding out what happened to Caitlin, so that the people who hurt her can pay for their crimes. For maximum suspense, it had to be written from his perspective – no matter how anatomically ill-equipped I might be.
Nathan is definitely a man – he flirts with the nurses, worries about the state of his stomach, gets excited when he sees a girl in sexy underwear and does his utmost to be the hero and protector Caitlin needs him to be.
How do I know? How did I make sure he was a real man and not just some figment of my imagination? Of course, technically he is a figment of my imagination, but…
I have a team of beta-readers and editors who read my work and give me their honest opinion. At least half of them are male, which means perspectives vary a lot. Some complain that there is too much sex in a book and some say there isn't enough. Some say they think Nathan's just wonderful, while others want to smack him. As I always worry about the amount of sex in a book and I alternate between liking Nathan and wanting to knock him out, I take their critique very seriously.
The result? A believable male character who is far too realistic to be simply a figment of my imagination. Now, you can like, love or hate him – that's entirely your call. But, just like Caitlin, he's one of those characters who might not leave you alone, so beware…if you read Nightmares of Caitlin Lockyer, you won't forget Nathan easily.