The Running Game by LE Fitzpatrick Blog Tour and Giveaway! 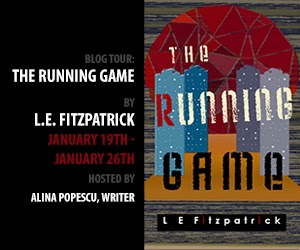 The Running Game by LE Fitzpatrick 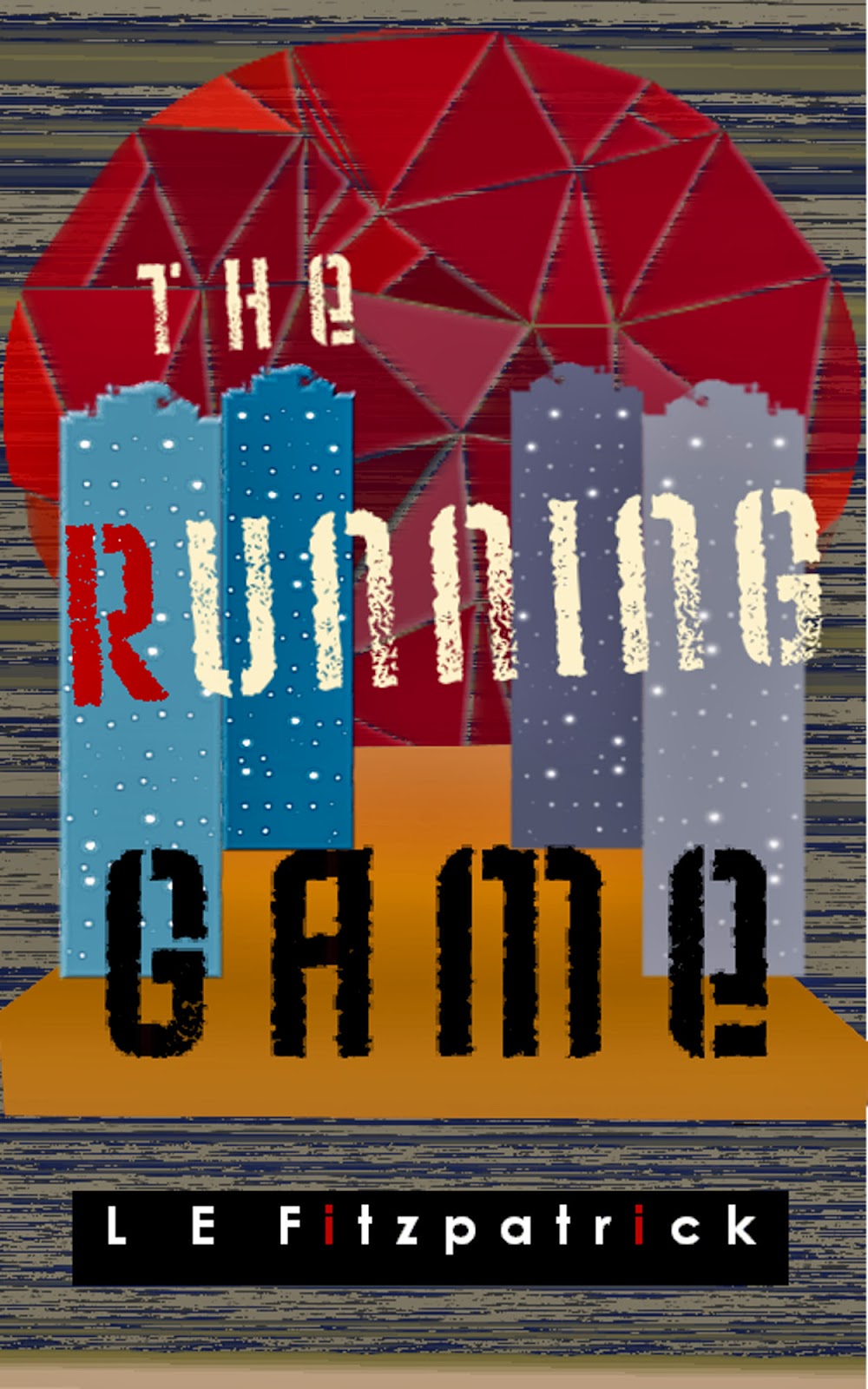 Rachel had let her guard down and they had found her. She could run now, leave the city and try her luck beyond the borders, but with no money and a dark secret to hide her chances of survival are slim.

But then she meets two brothers with a dangerous past and secrets of their own. Can they help her turn the game around?

This is the first installment of the Reacher series. Set in a grim and not too distant future, this urban thriller will keep you hooked until the last page.

Silently John sped up two floors. It didn’t make any sense, they were going to get trapped. She hurried after him, catching up only when he stopped dead. He was listening again. Something was happening below them. He pressed his finger to his lips and gestured that they continue.
Another flight conquered, but the sounds were creeping up after them. It sounded like more police had arrived. John seemed to think so too. He reached the fourth floor above Rachel’s and side stepped into the next corridor. His movements were so precise it was like he’d done this before. Rachel clumsily followed. She hit the door too hard, banging it against the wall.
John flinched. He gave her a warning look, one that made her never want to get on his bad side. Carefully, she closed the door behind her. This corridor was different. A fire exit sulked in the corner. Rachel stared at it, wondering what the people on this floor had done to get the additional health and safety benefits.
As John pushed open the door the icy air knocked the breath out of her. She realised then that she was sweating. John reached out his hand impatiently.
The fire exit led to a small, precariously secured metal ladder. Rachel looked at it and broke a smile.
“You’re joking right?”
“It’s safe,” he said as he pulled out a pair of leather gloves. He passed them to her. “Put these on and climb down after me. Go careful but quick.”
The ground taunted her sixteen stories below. The drop would see her body splattered across the cracked pavement. She wouldn’t even feel it. As she climbed out onto the building’s side her head started to spin. She realised not being able to feel her death was no comfort. Her gloved fingers struggled to grasp the ladder. She felt herself slipping and her stomach lurched. It was enough to propel her forwards. She clutched onto the metal and sucked in the air through her chattering teeth. The exit was out of her reach. The only way was down.
Even with the gloves the ladder was freezing. Rachel’s hands were stinging by the third rung. John clasped the side of the ladder as he descended. If the cold bothered him he wasn’t showing it. He held on with his bare hands, moving down at a steady rhythm. At least six feet beneath her already, he would reach the ground before she even made it half way.
Rachel’s arms were already burning. The air whipped at her, tearing her hair from its plait. She was shivering as the sweat froze against her skin. The ladder creaked with her every movement. She’d lost count of the floors. The ground was nearer. If she fell now it would be a slow death. She’d feel the breaks in her bones when she hit the ground. Maybe she’d stay conscious , aware of her life as it spilled out over the concrete. She swallowed and continued moving.
“Rachel, stop,” John hissed.
She glanced down. Two cops were sweeping the pavement below her. Their flashlights danced around the surrounding bushes. John was pressing himself against the wall. Rachel did the same. She closed her eyes. Held her breath. And waited.
The footsteps of the officers echoed through the wind. She heard them talking. They were nervous. It should have been a routine patrol, an easy night for the pair of them. Damn terrorists. Their footsteps faded. Rachel dared to peak. Red and blue flashes grew fiercer around the corner. If John was right they would already be securing the area. Mostly the police were useless, but the recent bombings had changed things.
“Okay, move,” John whispered. “Quickly we’re running out of time.”
With a breath to steady what was left of her nerves, she dropped down another rung. Her hands were shaking in the panic. John would reach the bottom and he would have to wait for her. With the police circling the building he couldn’t afford to do that. She had to move faster or she’d get them both caught.
Fighting against the aches in her body she matched John’s pace. He was nearly at the bottom and she was about to join him. Then her foot struck the next rung too hard. She slipped. Her legs kicked out into nothingness. She was going to fall. Her mouth opened to scream, but a hand closed it. Her body was pressed into the wall; secured back on the treacherous ladder.
John had tight hold of her. His body overlapped hers. She had no idea how he had reached her so quickly and at that moment she didn’t care. His breathing was steady, his heart rate calm. It was infectious. Rachel felt herself relax against him. They were still alive, it probably wouldn’t last, but for the second she could enjoy it.
“Ready?”
“Yeah, let’s do this.”
The final rungs were in sight. If she jumped she would probably just sprain an ankle. John jumped clear, landing like a cat on the ground. He reached out to help her join him. Her feet touched solid earth and she started to laugh.
“I can’t believe I did that,” she said.
“Let’s move.”

L E Fitzpatrick was born in Hull, East Yorkshire, but now lives in West Wales, with her family plus lots of dogs and cats. She manages an office, volunteers as a room steward for the National Trust and also supports independent authors as a proofreader and beta reader. She obviously has no spare time because of this, but if she did it would probably be invested in walking in the countryside and enjoying the peace and quiet.
L E Fitzpatrick published her first series Dark Waters in 2011 and is currently working on her Reacher series.
Social Links
Website: http://l-e-fitzpatrick.blogspot.co.uk
Facebook: https://www.facebook.com/lefitzpatrickbooks
Twitter: https://twitter.com/L_E_Fitzpatrick
Goodreads: https://www.goodreads.com/L_E_Fitzpatrick