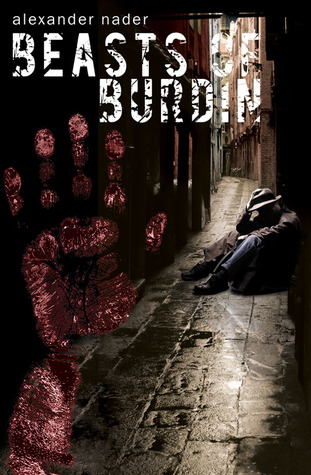 Demon hunter Ty Burdin hung up his guns, knife, trench coat and fedora a year ago. Bags packed, hands washed of all demon politics, he’s done. Forever.In fact, to get far far away, he dragged Nora, his rockabilly secretary, from Miami to the Tennessee mountains where he’s lived a life of peace—if peace can be defined as drowning in scotch and taking private eye jobs to keep the lights on. Jobs for real people. Not demons.No demons.He’s retired from that. Remember?Demon hunters aren’t a dime a dozen, though, and when Ty’s brother asks him for a favor—just one—what’s a brother to do? Agreeing to take down one hillbilly demon shouldn’t take that long. In. Decapitate. Out. Favor complete. Back to the office where Nora and his bottle of whiskey are waiting.Unfortunately for Ty, staying retired doesn’t seem to be in the cards, and an avalanche of bad luck draws him right back to an agency he despises and the career that nearly cost him his sanity.This time, Ty has no way out and will have to face his own demons just to survive.

Beasts of Burdin by Alex Nader is one of those surprise reads. A debut author with a tale about a demon hunter turned P.I.? One has to expect dry humour, a bit of sleaze on the lady front, and more personal demons of his own than he’s probably hunted his entire life. Right?


Well, okay, maybe Beasts of Burdin is a little like that, but it’s also a whole lot more.
It’s unusual for a book that isn’t by any means romance to make me have a massive soft spot for the MC, but Ty Burdin is one of those types who, despite all of his flaws and issues and attitude, you just can’t seem to help but love the dude. I’m guessing this is mostly to do with his sense of humour. Sarcasm and sardonic retorts are a major part of my family household, so I could 100% appreciate the tone of this book. But more than that, I loved his reluctance over everything; the way his brother was the one who dragged him into the mess of the plot, but then ended up being the one who was tagging along in support; the entire world building with the agency; the imagination of the demons and the execution of such; the plot itself; and even Ty’s aforementioned brother is a bit of smooth eye candy to Ty’s rough. On top of all these was Ty’s trusty and loyal secretary, writer-wannabe with a very realistic bent, Nora. She’s so vibrant and an overall great addition to this already colourful cast—and I couldn’t help but hope for a little spark between her and Ty. Maybe in a future book? I hope so, because they’re so good together, the relationship between them and the subtle chemistry are so natural, it would be insane not to.
In short, Beasts of Burdin is a fun read, with a great cast of characters, a decent plot, and will definitely keep the urban fantasy readers out there, who appreciate a bit of humour, entertained. Check it out.