Run To You Part One: First Sight 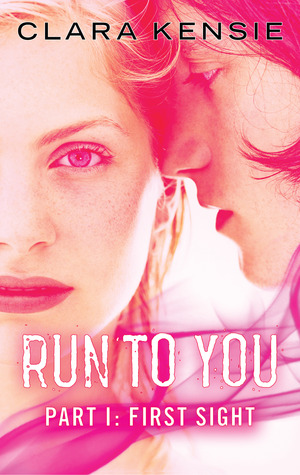 Part One in the riveting romantic thriller about a family on the run from a deadly past and a first love that will transcend secrets, lies and danger…Sarah Spencer has a secret: her real name is Tessa Carson, and to stay alive, she can tell no one the truth about her psychically gifted family and the danger they are running from. As the new girl in the latest of countless schools, she also runs from her attraction to Tristan Walker—after all, she can’t even tell him her real name. But Tristan won’t be put off by a few secrets. Not even dangerous ones that might rip Tessa from his arms before they even kiss…

I really enjoyed this!! Tessa Carson has spent most of her life running! Her family is unique, her mother, father, brother and sister all have physic powers.Her father was an Investigative Reporter and exposed some secrets from some very important people. A hitman was hired to kill them but thankfully they escaped. Every town they move to Tessa hopes is the last but she knows it wont be. She hates lying so keeps a very low profile. She knows the rules and has learned to be invisible. That all changes when they move to the new town and she meets Tristian. She tries to stay away but he gets under her skin and they become friends.

For such a short book this really packed so much into it. Tessa is the only "normal" in her family. The rest all have different powers and tend to treat her like she is breakable. Her life is nothing but lies and she hates it.

Tessa was a really easy character to like. She was insecure but also brave. She tries to stay away from Tristian but their chemistry was evident from the start. She has so many secrets that she doesn't want him falling for Sarah, she wants him falling for Tessa!! I loved their relationship. They are both so sweet and complement each other. Tristian as well was a wonderful character, he is so kind and caring and doesn't push Tessa. He is so understanding that Tessa starts to trust him but is it a mistake? Will she have to run again? How can she leave him now?

Run To You : First Sight was packed with suspense, romance and mystery. From the get go you are immediately drawn into this world of secrets and lies. I loved the world the author has created and devoured this book within a few hours. This is a must read!! 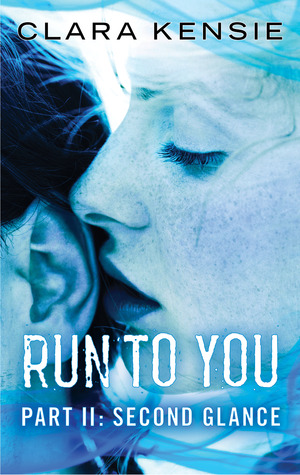 Part Two in the riveting romantic thriller about a family on the run from a deadly past and a first love that will transcend secrets, lies and danger…Tessa Carson has unlocked her heart and her secrets to Tristan Walker—but Tristan has secrets of his own, and his might just mean the end of Tessa’s family. Unaware, Tessa embraces falling in love and being herself for the first time since she was attacked when she was only eight years old. But secrets can’t be run from forever, and sometimes love is too good to be true…

Part Two was even better than the first!! Tessa has settled into life with Tristian. Her parents are still weary of him but Tessa knows she can trust him. They fall into a comfortable routine and Tessa slowly opens up to the fact that she loves him. She realises now that she needs to tell him the truth, he needs to know who she is. She tells him one night that she is on the run and that Tessa is her real name. She struggles with telling him what the hitman did but eventually it comes pouring out. He is shocked and promises to help her but she cant let her parents know she told him or they will have to run again!! What will happen now and what secrets are still to be told?

This edition of the serial novel was so so good! Tessa and Tristian are stronger than ever and Tessa feels a weight is lifted after she tells him everything. For the first time in years she can truly be herself. You can see the change in Tessa in this one. She is more carefree and stronger.

I really love the relationship between both Tessa and Tristian but is all as it seems? Who is Tristian and what secrets does he hold?? Well you will have to read it to find out.

Second Glance was an amazing second part. We see Tessa shine and Tristian has his owns secrets that come to light slowly. Filled again with plenty of action, mystery, suspense and lies, Run To You is an addicting serial that will leave you wanting more!! 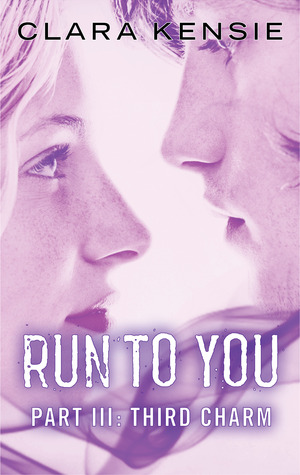 Part Three in the riveting romantic thriller about a family on the run from a deadly past and a first love that will transcend secrets, lies and danger…Betrayed, heartbroken, and determined to save her family, Tessa Carson refuses to give in to Tristan Walker’s pleas for forgiveness. But her own awakening psychic gift won’t let her rest until she uncovers the truth about her family and her past. And Tristan is the only one who can help her sift through the secrets to find the truth hidden in all the lies…

The third installment of Run To You just about blew me away! So many feels!!!
After the ending of part 2 Tessa is heartbroken with the betrayal and lies from Tristian. How could he do that to her and how can he spread the lies? She is scared, alone and hurt but who can she turn to? Is her whole life a lie? Who is the real enemy?

I cant say too much about the plot of this one because it will only be spoilers but its breathtaking and had me feeling so many different emotions. Tessa has learned something that is devastating and tries all she can to find evidence its not real but what she finds instead is earth shattering for her. Her whole life has been filled with lies but these ones are beyond anything she can comprehend. The only person she can trust is the one person who broke her trust. How will they come back from this??

At the end of part 2 I really thought Tristian was a liar and a fool and I was ready to hate him for what he did but when everything comes to light we see him for what he truly is and I fell in love with his character again!! Tessa was broken and I didnt think she would come back from it but she did and she bounced back stronger than ever and with a new ability.

Part three was a brilliant addition to the serial and one that took my breath away. It was heartbreaking and emotional. All the lies that Tessa has to sift through just to find the truth had me in tears. She really grew as a character in this one and I'm so glad there is more!! Tessa and Tristian are characters that will stay with you for a long time. I can not wait to read more about them and the world Clara Kensie has created.