Castle in the Air by Jennifer Tressen Book Blitz and Giveaway! 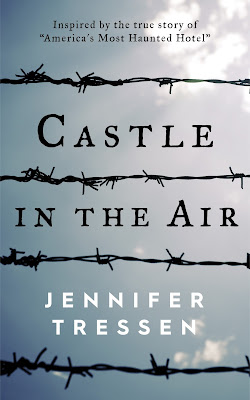 
The Crescent Hotel in Eureka Springs, Arkansas has been called "America's Most Haunted Hotel" largely because of the events of the 1930s when Dr. Norman Baker ran a "cancer treatment hospital" which he called his "Castle in the Air." Follow the fictionalized story of Clara, the young, unwed pregnant niece of Dr. Baker who comes to help at the cancer center in exchange for room and board and finds things aren't quite what they appear to be. Caring for an ill young boy at the center she feels her maternal instincts kick in - something is definitely not right at her uncle's hospital. But what? Will she be able to piece together the clues in time to save herself and the boy? Or will be forever be doomed to reside in the Castle in the Air, where once you check in...you never leave.

8 Tidbits about “America’s Most Haunted Hotel” – The Crescent Hotel 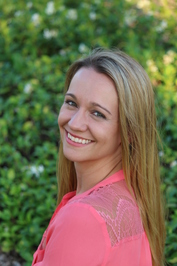 Jennifer Tressen is a wife, mother and writer. A former actor, she spent nearly ten years in the entertainment industry appearing in commercials, print ads and television shows. It was her love of storytelling that pushed her to the other side of the camera and sent her to film school at Chapman University. Although she entered as a Cinematography major, Jennifer graduated with a degree in Screenwriting after a single required screenwriting class forever changed her path. She found a passion for writing she had forgotten in her childhood. Everything she learned about screenwriting and especially storytelling she attributes to her mentor, the late Blake Snyder. After several years of writing and editing for producers and other screenwriters her curiosity led her into writing novels. As a huge fan of Young Adult and New Adult literature this is where her pen tends to lead her. However, she does have plans to release a few middle grade fiction and adult novels in the future.Jennifer attributes her love of reading and writing to her mother who always reminded her of the power of literacy. Besides telling her and her siblings that they could do anything they wanted if they knew how to read and write, she said, "You can go anywhere in a book. You can be anyone."