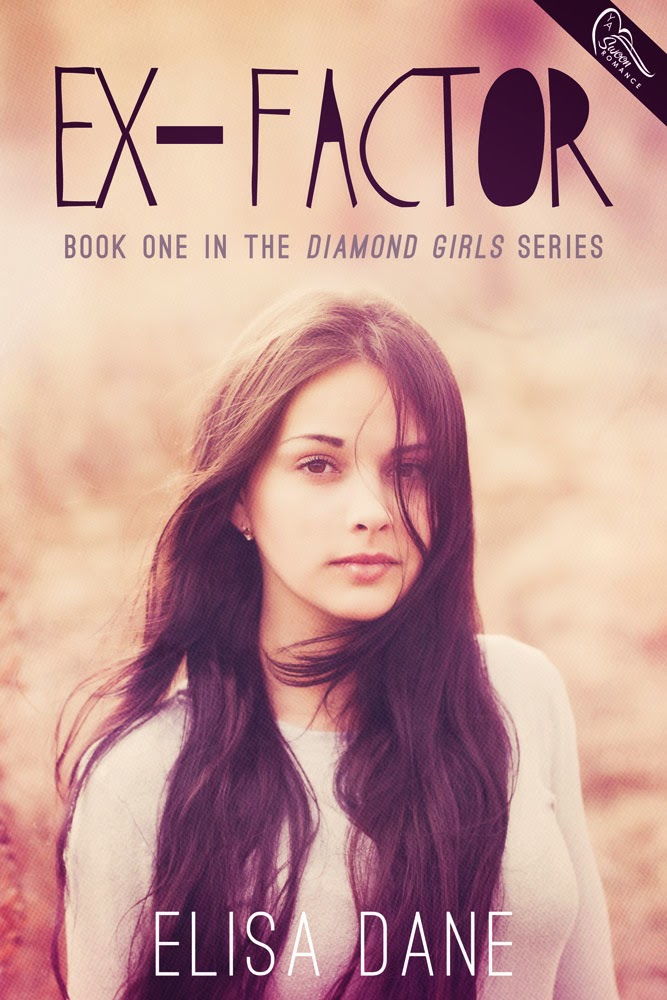 Summary from Goodreads:
Nevaeh Evan’s life is uprooted after her father’s death, when she moves in with her aunt and cousin, Livvie. Her plan to lay low at her new high school isn’t working. Her friend’s jerky boyfriend keeps asking her out, the guy she likes treats her like garbage, and the thought of tumbling again makes her want to hurl.

So when her aunt pushes her into joining the elite X-FACTOR cheer leading squad, Navaeh goes along with it.  But Nev feels she doesn’t deserve to be happy. Not after what happened the night her father died.

Bodie Scott knows about grief all too well. Critically injured in an alcohol related accident the year before, Bodie struggles with the fact that he’ll never play football again, and he’s so far behind in credits he can’t see straight. That is, until he meets Nev. Haunted by their bloody pasts and wary of a shared future, Nev and Bodie turn to one another for comfort and support, and realize they’re not so alone after all. And when the party scene at school threatens the life of a loved one, the two stop at nothing to keep the past from repeating itself.


The warm, squirrely sensation festering in my gut grew stronger with each second that passed. Despite my best efforts to ignore it, and him, I finally gave in and looked over my shoulder. I was immediately sorry I’d done so.

Jet eyes filled with what appeared to be a heavy amount of disgust regarded me coolly. I frowned and glanced down at my feet, insecurity smothering me like a thick blanket. Why was he mean mugging me? I didn’t know him. He didn’t know me. Why was he so pissed?
I took a chance and dared another peek in his direction. I was shocked to find him glaring at me still, his expression angrier if that were even possible.

He crossed his arms over his chest and raised a brow. “Seriously? You’re just gonna stand there and look pretty the entire period? How ‘bout you at least move out of the way so the rest of us can get what we need?”

I blanched, unable to speak, let alone move. In another circumstance, I’d feel giddy about his reference to my “being pretty”, but as it stood, I felt sick. Clearly irritated, a healthy dose of sarcasm coated his deep voice. Why were there never any holes around when you needed them? I was ready to crawl into one and assume the fetal position.

“Back off, asshat,” Erin snapped. She brushed past me and opened the cupboard I’d been standing in front of, and pulled out a stack of aprons. With a huff, she snatched an aging blue apron from the top of the pile and flung it at my handsome hater, the soft cotton fabric hitting him in the face. “She’s new and doesn’t know where everything is yet.”

He didn’t say anything else; just scowled for what I assumed he felt was good measure before pulling a ball of pastry dough out of the small refrigerator below.

“Ignore him,” Erin said, as she handed me an apron. “Bodie Scott is a douche with a bad temper, and totally not worth your time.”

I mashed my lips together and gave her a nod, doing my best to ignore the pang of hurt whirling in my chest, and the odd tingling sensation skimming across my flesh. My short time at Grant High thus far had been anything but great. I’d been heckled by a group of Victoria Secret Angel wannabes. I’d flirted with a hot guy who turned out to be dating the one person who’d tried to befriend me. For reasons unknown to me, I’d pissed off the only other guy I’d come across in ages who’d had any sort of impact on me. If the morning’s events were any indicator of how the rest of my day would be, I was screwed.

I'm a lover of books (YA & Adult romance), chocolate, reality television, and am a proud mother to three All Star cheerleaders. Woot!
I write Contemporary YA romance with cheerleaders. Yep. I write what I know, and it's my hope that my stories will not only take you on a romantic journey that will warm your heart, but that you'll find a new respect and interest in the sport of Cheerleading you may not have had before.