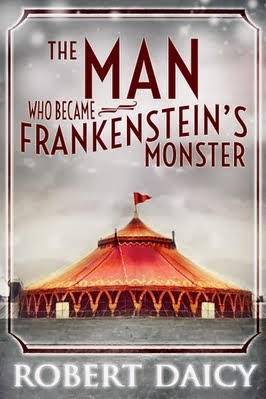 New York, 1926 - Anyone can make a good life for themselves if they are just willing to work hard for it. William Barker is such a man. He has a good job, a nice house, a son named James, and a marriage he is trying desperately to hold together. A tragic accident takes this life away and William finds himself alone in his house with terrible mental and physical scars that are a constant reminder of what happened. With no one willing to employ a man with such visible and disturbing scars, William is lost and has no answers for how to live his life. That is when he meets the man who will change that life forever, Roland Skelton, the owner of Skelton's Spectacular Traveling Carnival. Where others saw a man to be shunned, Roland sees a man he may be able to help. Roland convinces William to join the Carnival as the headliner of the ten-in-one. With the name Frankenstein's Monster, William is a hit with the paying audience and finds that being onstage is a release from his pain and guilt. In time, William realizes that those he works with understand him better than he could have hoped. While working at the carnival, William finds a new happiness, an enemy, purpose, and even love. The Man Who Became Frankenstein's Monster is a moving novel about a man who rises above adversity set against the backdrop of the golden age of the carnival.

I have been writing off and on since I was eight and it has been something I have always loved to do and wanted to do for a living. I tend to write the stories I want to hear and sometimes those stories have a darkness to them on some level whether they are more suspenseful stories or drama. I like to jump around the genres because I do not want to get bored writing the same thing and because I have eclectic taste. I was born and raised in Maine and have lived there most my life and am currently residing in a Victorian house in Fairfield, Maine