Birth of a Destiny by T.R Milne Book Blitz and Giveaway!

Birth of a Destiny by T.R. Milne
YA Fantasy/Adventure 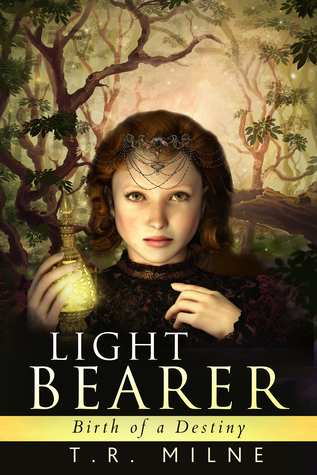 Evil stalks her. True love finds her. Destiny claims her.

Rose wakes from a coma to find her life has changed forever.

Her parents were killed in the accident that nearly claimed her life. Now orphaned, her mother’s sister brings her to live in the country with her cousins, who quickly make their resentment known.

Once courageous and full of life, she only wants to be left alone to wallow in the murky shades of grief. Yet, evil stalks her dreams, and fate moves her towards her destiny.

Ghostly meetings, attacks under the cloak of storms, and a threatening dark presence brings danger and adventure to Rose, her cousin and new friend. Her special abilities, known to no one, must remain a secret – somehow.

The trio uncover a portal that takes them to a magical kingdom threatened by an evil creature thirsting for eternal darkness. Only one can stop him . . .

Already heart-broken after the loss of her parents, Rose struggles to deal with the hostility from her cousins, the constant danger, and the guilt that keeps her from Diamond, her horse. Her special abilities are strengthened as she is tested, time and again.

Birth of a Destiny is the first book in the Light Bearer series. It is the beginning of a tale of a lost champion, found by fate and guided by love – growing through adversity and turmoil – on a journey that becomes a crusade. Readers will join Rose, a young girl crossing to a young woman who must travel dangerous and unexpected paths to recapture her warrior spirit, heal her heart and claim her destiny.

The Book will be free from November 18th through November 21st. Make sure you get your copy today!

Chapter One The Creature

T.R. Milne was shaped as a writer by early childhood where she grew up in a haunted house on a farm where her imagination grew wild. Her love affair with writing began nine years ago, when her first child was still a baby. Since then, between working part-time and parenting a brood of scrumptious children, she has been writing during little stitches of “free” time in coffee shops, kitchen tables, libraries, and her study. She now lives with her husband and three children in Melbourne, Australia where she is a Change Manager and Author. T.R. Milne finds inspiration for writing in all the things that bring light into her life T.R. Milne loves writing for Young Adults, stirring their fertile imaginations and eager sense of adventure. Birth of a Destiny, the first in the Light Bearer series, is her debut novel.