Howl at the Moon by L.A Starkey Blog Tour and Excerpt! Eighth graders, Ben, Jake and Leah need cash, and mowing lawns in the winter just isn’t cutting it. Their need for cash births the Liarus (Liars R Us) Detective Agency! Their first client is Old Lady Smitz, who is said to have murdered her three sons and husband. She’s missing a family heirloom, but it’s not just any old trinket, it’s the crest of Lykoi. There are only two rules: No girls are allowed and never seal a deal with the witch doctor. Disregarding danger, these three discover that money is usually more trouble than it’s worth!

EXCERPT from Howl at the Moon by L.A Starkey

“Hey, I need to swing by my house. I forgot my English paper.” Jake hustled toward his yard, which was only two houses over. He’d lived there ever since I’d known him.
He ran across the yard and disappeared into his one-story, gray brick house. His dad’s truck was gone, and all of the lights were off in the house, which was the usual for Jake. Jake’s dad being a cop had to suck royally for both of them, seeing that his old man was never around. Of course, there were some real benefits to the situation. No wonder that snot-ball could sneak out at night without ever getting caught. He probably just walked through the front door, with all the freedom a kid could dream about. There seemed to be positives and negatives to just about everything, but Jake’s ups outweighed his negatives ten-fold in my opinion.
“Hey. Heads up!” a female voice sounded behind me. I spun around seconds before a basketball plowed into my chest, causing me to stumble backwards. When I straightened up, Leah was standing in front of me, her brow creased. “Oh my God, Ben, I’m so sorry. I thought you’d turn around fast enough, not get mowed down.”
“No, no, I’m good, really. It’s no big deal.” I handed her the ball, trying my best to make my breathing sound somewhat normal. The truth of the matter was that she’d stolen the air right from my lungs. Except, I wasn’t sure if the ball was to blame, or her beautiful blond hair and light blue eyes.
Dang. We were supposed to be just friends. Jake and I treated her like one of the guys and she treated us like … well, like she was one of the guys.
The three of us had been best friends since third grade, when Leah’d kicked that bully, Brent Drost, in the shin for messing with us. Ever since then, we weren’t easily separated. Brent was still causing problems, but he and Jake were cool, mainly because they played on the JV football team together at our junior high.
Leah tugged at my sleeve as I stared off into space, thinking about how beautiful she was. Her furry purple sweater hung perfectly over her blue-jean miniskirt, which met up with some of those ugly boots … I mean Ugg boots. I wasn’t really sure when I’d started seeing her as a girl instead of just as my tree-climbing, worm-digging best friend, but here we were. She was hot. I’d die before I’d let her know, though. Besides, Jake was way more her type.
“Hey, I like your green shirt. It matches your eyes perfectly and accents the blond in your brown hair.” She smiled at me as her fingers brushed my forehead.
“It’s nothing.” I shrugged my shoulders and coaxed my beating heart to slow down a tad.
“Hey, Leah!” Jake yelled as he ran up, slapping the ball out of her hands and beginning to dribble circles around us. “What about my hair? Not a dark chocolate lover?”
“No, you turd. Now give that back.” She caught up to him quickly and gave him a run for his money. She got the ball back by kicking him in the shin. She was pretty good at that move, and you’d think we would’ve caught on several bruised shins ago, but nope. We were dumb. 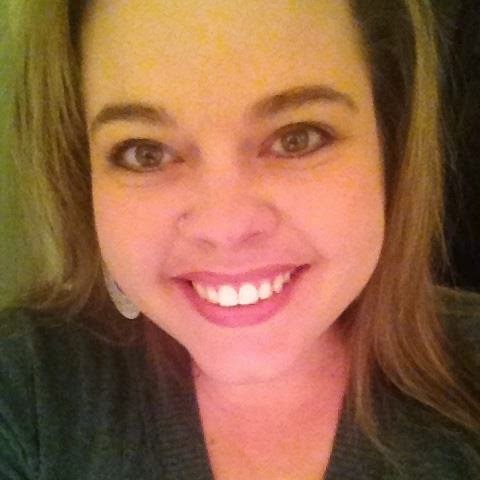 
L.A. Starkey is the author of the upcoming Soul Keeper Series, a supernatural young adult series, and The Liarus Detective Series, a supernatural middle grade series. She is a CPA by trade, a church planter and entrepreneur at heart; however, writing and reading are passions she just can't help but indulge in. With more ideas than one person should be allowed, she is blessed to have a muse that doesn't seem to take a vacation and more energy that one might consider healthy.She writes under the following pen names:Kate Thomas - NA/Adult ParanormalIsabella James - Sci-fi/FantasyLauren Elizabeth - Adult Contemporary Romance

This tour was organized by Good Tales Book Tours.