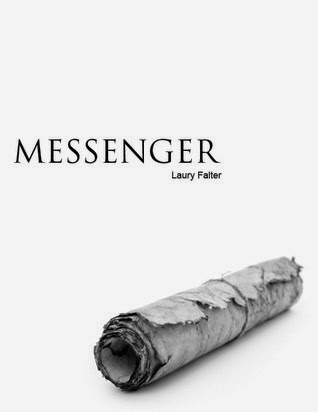 As Maggie sets out to determine why the Messengers are suddenly beginning to die, she crosses paths with the infuriatingly appealing Eran and their story begins.

In this riveting account of Maggie’s first life on earth with Eran, the star-crossed lovers’ romance transpires amidst treacherous enemies, their friends’ resistance, and their own opposing wills. With the odds against her, can Maggie survive long enough to admit the feelings she has so carefully denied?

Messenger is the first prequel to the bestselling Guardian Trilogy – the breathtaking romantic saga about a love that has lasted centuries between a Messenger and her Guardian.

As Eran's feet left the ground, he found me in the crowd and gave me one final burning look. There was something in his eyes now, not pride at having subdued Jacob or to impress upon me the importance of the lesson he'd just demonstrated. All that seemed to have been forgotten. No, what I saw was intense curiosity. And just before he broke our gaze to adjust his sight on the route they were taking, I was certain that he felt the same way I did…that he wished he understood what had just happened between us.
As the rest of us watched in awed silence, I couldn't help but notice that, in a way similar to the messengers on their arrival, Eran's group departed with the same close-knit familiarity.
"Who are they?" I asked, my head still tilted back.
"Part of a legion," Daniel replied.
Despite my seclusion, I'd heard of legions. There were several of them, each with a primary purpose. "Which one?"
"The one that oversees castigated entities."
"Those who have wronged humankind?"
"Yes, the Fallen Ones," confirmed Daniel.
I'd heard of them, too. In passing.
"And Eran's a part of that legion?"
"No," Daniel said with a subdued chuckle. "Not a part of, the leader of. He's their colonel."
"Colonel?" I said, finally lowering my head.
Eran had been out of sight for a while, but this was the first time I'd felt enough conviction to look away.
"You really have no idea who he is, do you?" Daniel was astonished.
"No."
He didn't reply for what felt like a very long time. "Eran has been credited with keeping the most dangerous entities from committing further atrocious acts while they are sentenced to an eternity on earth."
"You mean his legion has," I corrected him.
"No, I mean Eran. There is a reason why he is renowned. When the most vicious of the Fallen Ones are too much for others in the legion to handle, they request Eran, which is to say that he pursues and restrains those who all others cannot handle."
"That takes skill," Jacob muttered, stretching a kink from his neck.
Daniel chuckled at the understatement. "Some of which you just witnessed…personally," he added.
I didn't share Daniel's humor, being too preoccupied by who I'd just met, and how his attention had been so finely tuned to me. "Do you think he'll be back?"
"Eran?" Daniel said. "It's possible. I've heard every action he makes is deliberate…calculated. He was here with a reason today. If he returns, he'll have a reason then too."
Jacob groaned, evidently not anticipating Eran's return. "Next time you can spar with him."
Daniel chuckled. "I'd think our time would be better spent training the messengers, which is something we should probably return to…," he hinted.
Jacob nodded, rubbing the side of his neck where I remember a vine had hit him. Daniel pitied his friend through a quiet, suppressed laugh, wrapping a friendly arm across Jacob's shoulders and walking him toward the waiting group. But my attention drifted back to the sky where Eran had disappeared.
The anticipation of seeing him again proved too much and my insides were ignited in a way I'd never felt before. That searing pleasure worked its way through my belly, and as much as I wanted to dwell in that sensation, I had to force myself to ignore it. There was work to be done and that feeling was a distraction.


Resigned to concentrate on my task at hand, I joined the messengers shortly after, but not before peering back for one more lingering glance at the sky. 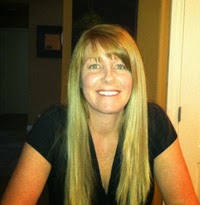 AUTHOR BIO
Laury Falter is a bestselling author of young adult romantic suspense and urban fantasy. She has three series out: the Guardian Trilogy, the Residue Series, and the Apocalypse Chronicles.