Welcome to the Cover Reveal for Heart Song by Desiree Williams!! 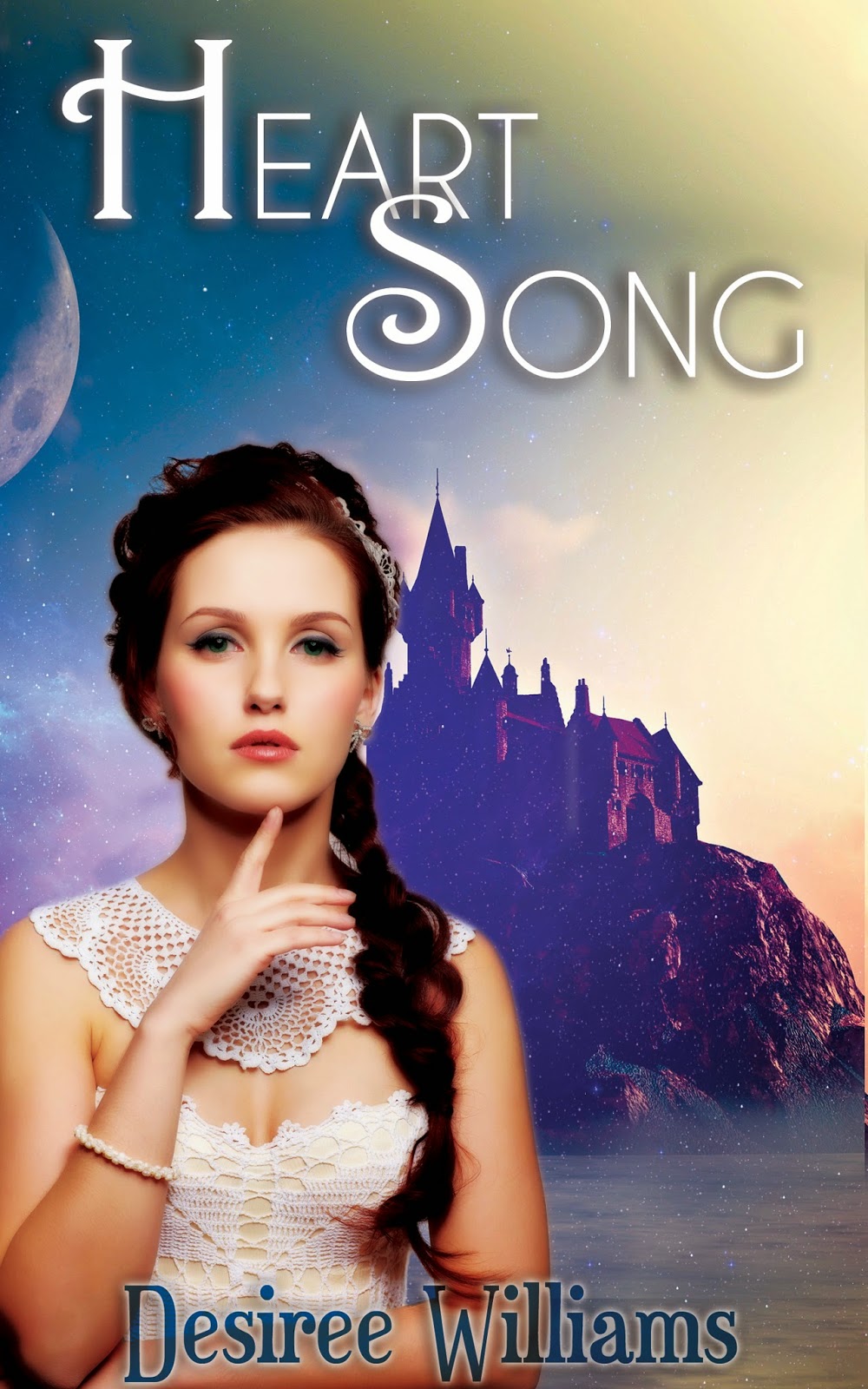 In Aldonnia, the evil of Varkadon overflows its borders. War ravages the lands…
For as long as eighteen year-old Alanna can remember she’s lived in hiding, sealed off from the outside world. Despite a future built around a steadfast rule of seclusion, Alanna dreams of the impossible. Of a life outside of her parents’ cabin. A life with more for company than just birds and woodland creatures. A life she knows deep down is impossible for someone with gifts like hers.
That all changes the day Alanna finds a man floating face down in a stream. Despite her parents’ warnings, Alanna pulls the injured man out of the water and heals him with her elemental talents. Just another good deed. Until the man wakes and Alanna realizes so much more has happened than simply a life saved. The healing she performed on the stranger bound her soul to Jerric, the prince of Aldonnia.
Alanna’s heart wants to keep the prince, but duty and destiny intervene. Alanna’s world is rocked as her parents are lost. Left in the care of family she didn’t know, Alanna learns more than she wanted to about the evil threatening the lands. There is much more behind her parents’ drive to protect. Alanna learns her gifts were bestowed in order to fulfill a greater purpose. A greater calling. One her enemies seek to destroy at all cost.


Alanna’s choice is clear. To either ignore her destiny and remain hidden, or boldly fight to keep what sings to her heart.

Desiree Williams is a dreamer by day and chocoholic by night. She lives in the beautiful state of Kentucky with her husband and daughter, where she juggles life as a wannabe supermom. Desiree is a lover of food and avoider of dirty dishes. She delights in making people laugh and strives to bring hope and love with her wherever she goes.
You can find out more about Desiree and her books at www.desireewilliamsbooks.blogspot.com