Hi guys, welcome to the Release Week Blitz for Invaded by Melissa Landers! See a note from Melissa below and make sure to enter the giveaway!

Hey, fiction lovers. I’m Melissa Landers, author of the Alienated series (YA sci-fi from Disney-Hyperion), and today I’m bouncing with excitement because THE SEQUEL IS FINALLY HERE!

It’s been a year since we left Aelyx and Cara onboard the intergalactic transport, and INVADED begins with an emotional goodbye as they part ways—Aelyx returning to Earth to salvage the alliance, and Cara continuing to L’eihr to serve out her part of the student exchange. While they’re apart, our star-crossed lovers will face assassination attempts, betrayal, crippling self-doubt, and a sadistic alien Phys Ed class. (Because there’s no escaping PE, even in another galaxy.) When Aelyx and Cara finally reunite…well, let’s just say it’s combustive. ;-) 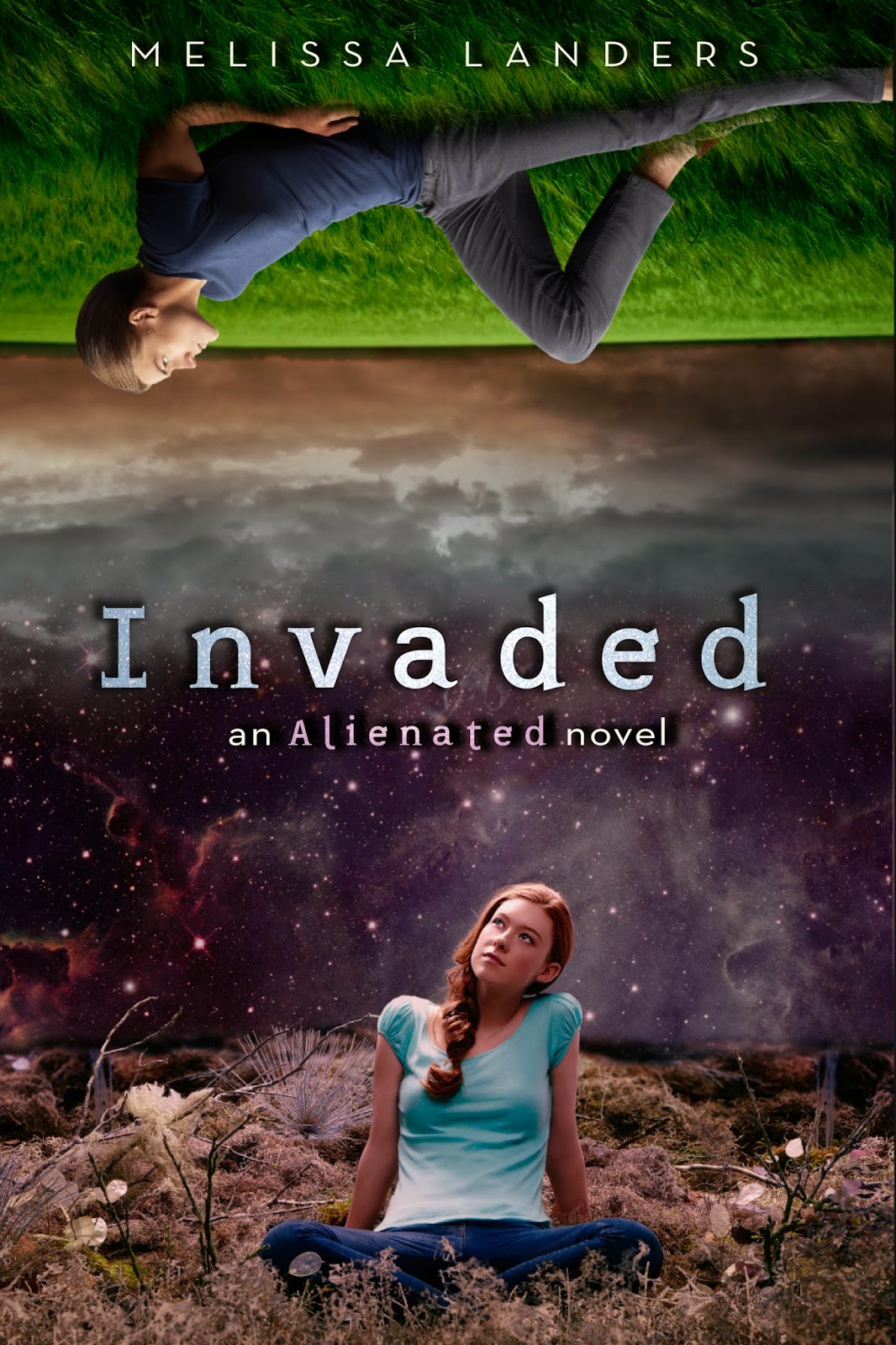 The romantic sequel to Alienated takes long-distance relationships to a new level as Cara and Aelyx long for each other from opposite ends of the universe...until a threat to both their worlds reunites them.
Cara always knew life on planet L’eihr would be an adjustment. With Aelyx, her L’eihr boyfriend, back on Earth, working to mend the broken alliance between their two planets, Cara is left to fend for herself at a new school, surrounded by hostile alien clones. Even the weird dorm pet hates her.
Things look up when Cara is appointed as human representative to a panel preparing for a human colony on L’eihr. A society melding their two cultures is a place where Cara and Aelyx could one day make a life together. But with L’eihr leaders balking at granting even the most basic freedoms, Cara begins to wonder if she could ever be happy on this planet, even with Aelyx by her side.
Meanwhile, on Earth, Aelyx, finds himself thrown into a full-scale PR campaign to improve human-L’eihr relations. Humans don’t know that their very survival depends on this alliance: only Aelyx’s people have the technology to fix the deadly contamination in the global water supply that human governments are hiding. Yet despite their upper hand, the leaders of his world suddenly seem desperate to get humans on their side, and hardly bat an eye at extremists’ multiple attempts on Aelyx’s life.
The Way clearly needs humans’ help . . . but with what? And what will they ask for in return?


What do reviewers think? I’m glad you asked!

“Readers will love the seamless blend of suspense, humor, and romance set against an interstellar landscape. Dual narratives and a tightly plotted mystery keep the suspense running high, and the chemistry between Aelyx and Cara smolders.” –Booklist

“Excellent character development and integration between modern reality and science fiction. Teens will be rooting for the galactic couple while enjoying the action and suspense that runs through the two volumes.” –School Library Journal

“The protagonists' forced separation gives greater depth to their romance. Each learns to turn a critical eye upon the flaws of their native societies while confronting genuine obstacles to a future together. These complications only underscore the growing sense of menace that propels the narrative to an action-packed climax.” –Kirkus

I hope you’ll make tracks to the nearest bookstore and pick up a copy of INVADED! If you’re snowed in, here are some easy links to bring the sequel right to you: 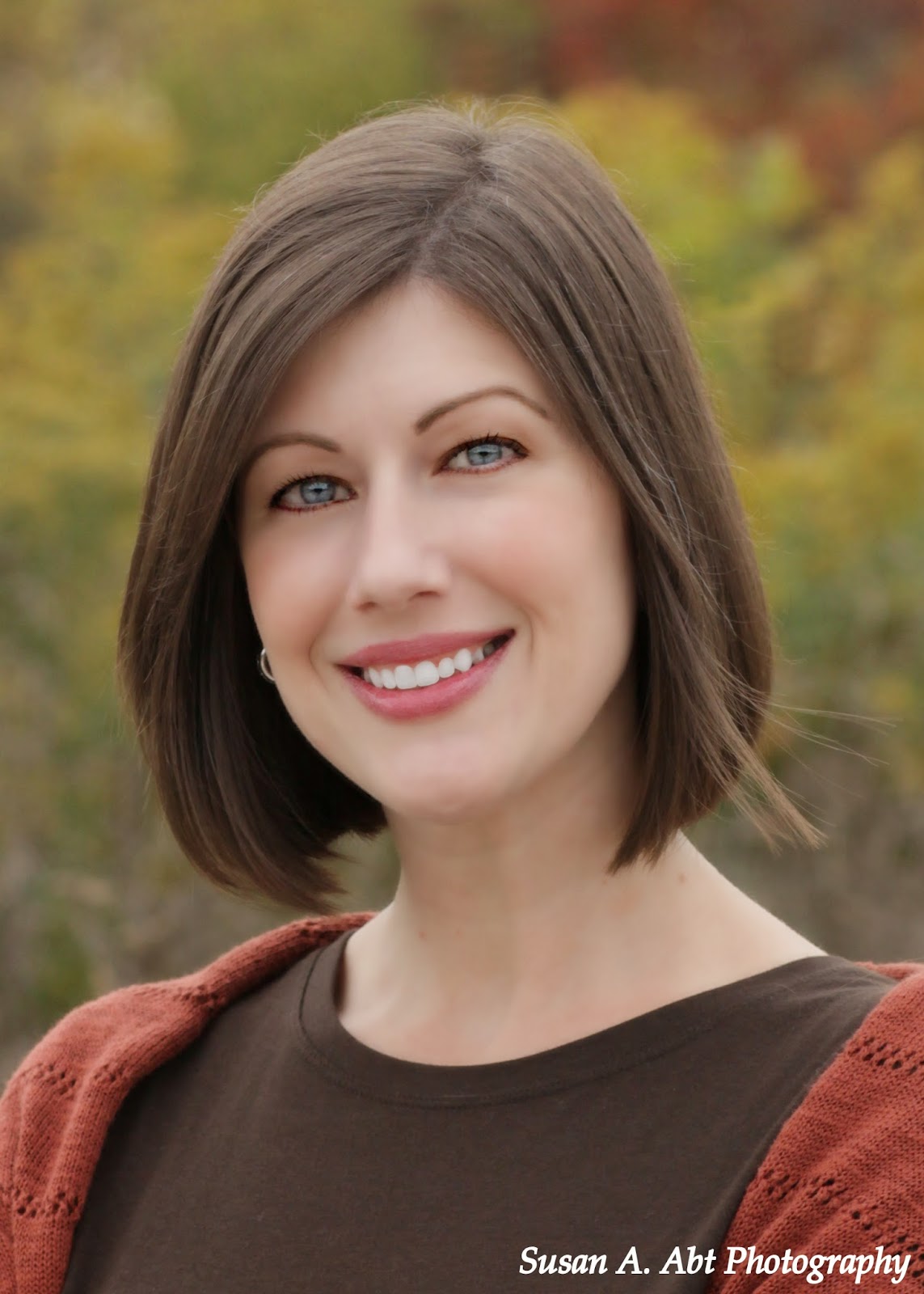 Bio: Melissa Landers is a former teacher who left the classroom to pursue other worlds. A proud sci-fi geek, she isn’t afraid to wear her Princess Leia costume in public—just ask her husband and three kids. She lives outside Cincinnati in the small town of Loveland, “Sweetheart of Ohio.” For more information, or just to say hello, visit www.melissa-landers.com.

To celebrate my book birthday, I’m offering one lucky winner a $25 gift card to Barnes & Noble and an autographed swag pack, complete with mini posters of BOTH books! This giveaway is open internationally, and due to sweepstakes laws, entrants must be 18 years or older to participate.

Best of luck, and happy reading!