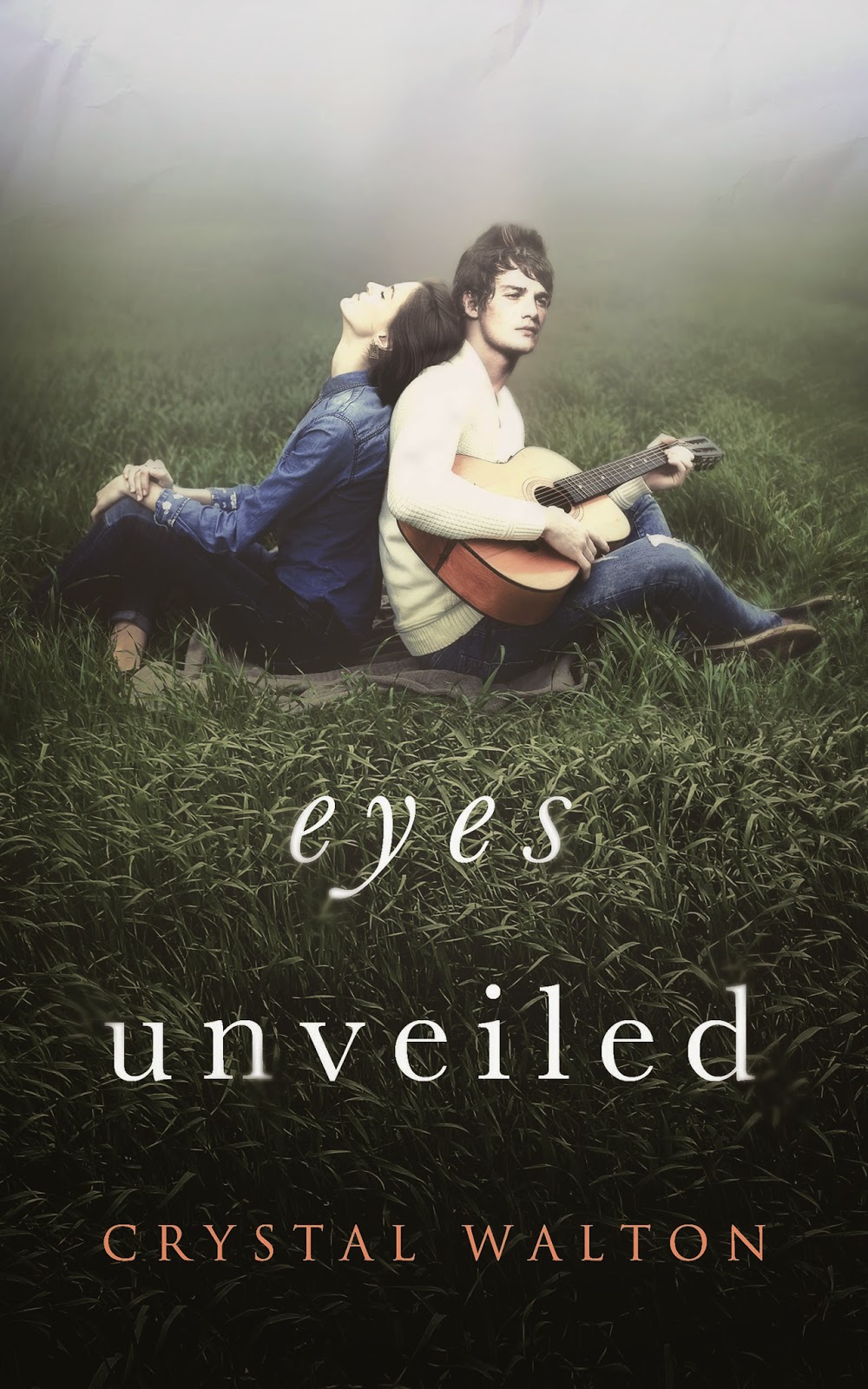 Twenty-one-year-old Emma Matthews lost the song in her heart the same night she lost her dad. With an unfulfilled promise and an ultimatum shadowing her junior year of college, maybe it’s better that way. You can’t hurt if you can’t feel.
But when the reflection she sees in musician Riley Preston’s eyes borders dangerously close to the one she’s spent the last five years searching for, Emma discovers her walls can’t guard her heart from its fiercest desire. Terrified of what she’s experiencing, and even more afraid of what she might lose, Emma grapples for the courage to hold on to one dream without abandoning the promise of another.
Contemporary New Adult Romance novel Eyes Unveiled lets you relive those heartfelt moments when you don’t know how you’d survive a day without your best friend, when you’re trying to figure out who you are and what you’re supposed to do with your life, and when falling in love changes everything.
Music. Friendship. Self-discovery. Hope. Purpose. Identity. Within this inspirational love story, you'll find you have a song of your own to share.

Coffee beans churned in the automatic grinder, my nerves not far behind. “I’ll have a small—actually, make that a large chai tea.” It had the potential of being a very long night.
The barista twisted from the back to the front counter and set my drink next to the register before I unburied my wallet from my cluttered purse. “That’ll be $3.79, dear.”
Someone set a five-dollar bill in front of me. “May I?”
Slowly, I lifted my head toward a voice I didn’t recognize to find the eyes I knew by heart. I couldn’t answer him. Not with that half smile tying my vocal chords in knots.
Riley propped an elbow on the counter. “I’ll take that as a yes.”
Blink. Say something. What in the world was Riley Preston doing paying for my drink?
“It’s rare you see a non-coffee drinking college student.” His voice was rich and dangerously mesmerizing. “That’s impressive.”
Words, Em. You can do it. “I . . . I never really cared much for the taste of coffee. Tea has less caffeine, but it still helps. I’m a tea kind of girl.” Really? I’m a tea kind of girl? I buried my chin in my shoulder and reached for my earring to block his view of my now-burning cheeks.
Riley circled around, flashed a soft, playful grin that made me feel faint, and handed me my cup. “Well, ‘I’m a tea kind of girl,’ I hope you enjoy the night.”
Thank god the stage was on the opposite side of the room. Away from the ridiculous smile I couldn’t coax my jaw into releasing. Apparently, I wasn’t the only one wondering if that really just happened. Jaycee blinked from the table as though transmitting her question through Morse code. I slipped into my seat. With any luck, maybe no one else had noticed.
A. J. rocked his half-emptied mug on the table. “Maybe Rico Suave will let you have a turn on the stage after all.” His arm grazed mine as slightly as his tone grazed jealousy.
Trevor tilted his chair back. “What do you say, Em? Up for a little guitar showdown?”
A. J. pried my whitened fingers off my mug handle, rested my hand in his palm, and met my gaze. “I bet this guy isn’t half as good a player as Emma is.”
“Think we’re about to find out.” Trevor dipped his head toward the stage in the corner.
The shop owner jumped onto the platform. “You guys ready for another local artist to bring down the house? Give it up for Mr. Riley Preston.” The packed café lit up in sound.
Riley adjusted the microphone in the stand. “Thanks, guys. I don’t usually perform in public arenas. So, if I run off the stage in a panic, don’t worry. It was all planned.” The crowd laughed on cue. Riley rubbed the overgrown stubble along his cheekbone. “No, seriously, I write my own music and don’t often get the chance to share it. So, I hope you enjoy it.”
In worn jeans, navy blue flip-flops, and a solid tan, long-sleeved T-shirt, he could’ve been any other college student in the room. Yet even though he’d just announced he rarely performed in public, it was clear he was made to be on stage.
From the first chord, his acoustic guitar’s melancholy tenor set off a level of emotion that mended places I hadn’t realized ached until that moment. 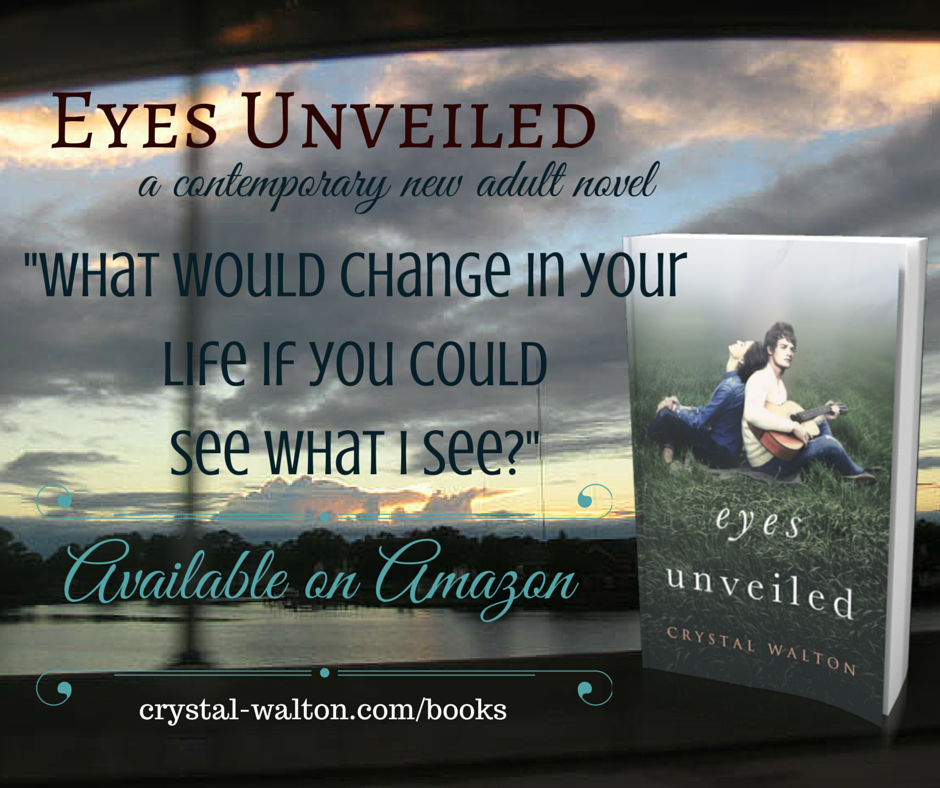 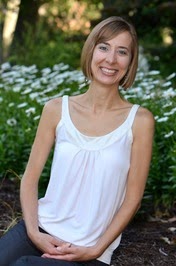 Amidst multiple moves up and down the east coast, Crystal received her bachelor of arts from Messiah College in PA, married her exact opposite in upstate NY, and earned her master of arts from Regent University in VA, where she currently resides with her husband. Crystal writes contemporary new adult fiction fueled by venti green teas from Starbucks.