Hi guys, I am very excited to show off the cover to BIRTHRIGHT, the fourth full-length novel in the Ivy Granger urban fantasy series by E.J. Stevens! This series is awesome and I can't wait for Birthright to come out.

This cover does a fantastic job of displaying Ivy Granger's growing proficiency with knives. It also gives us a sneak peek at the horrors that Ivy must face in Tech Duinn, on her way to Faerie.


What do you think of the cover? 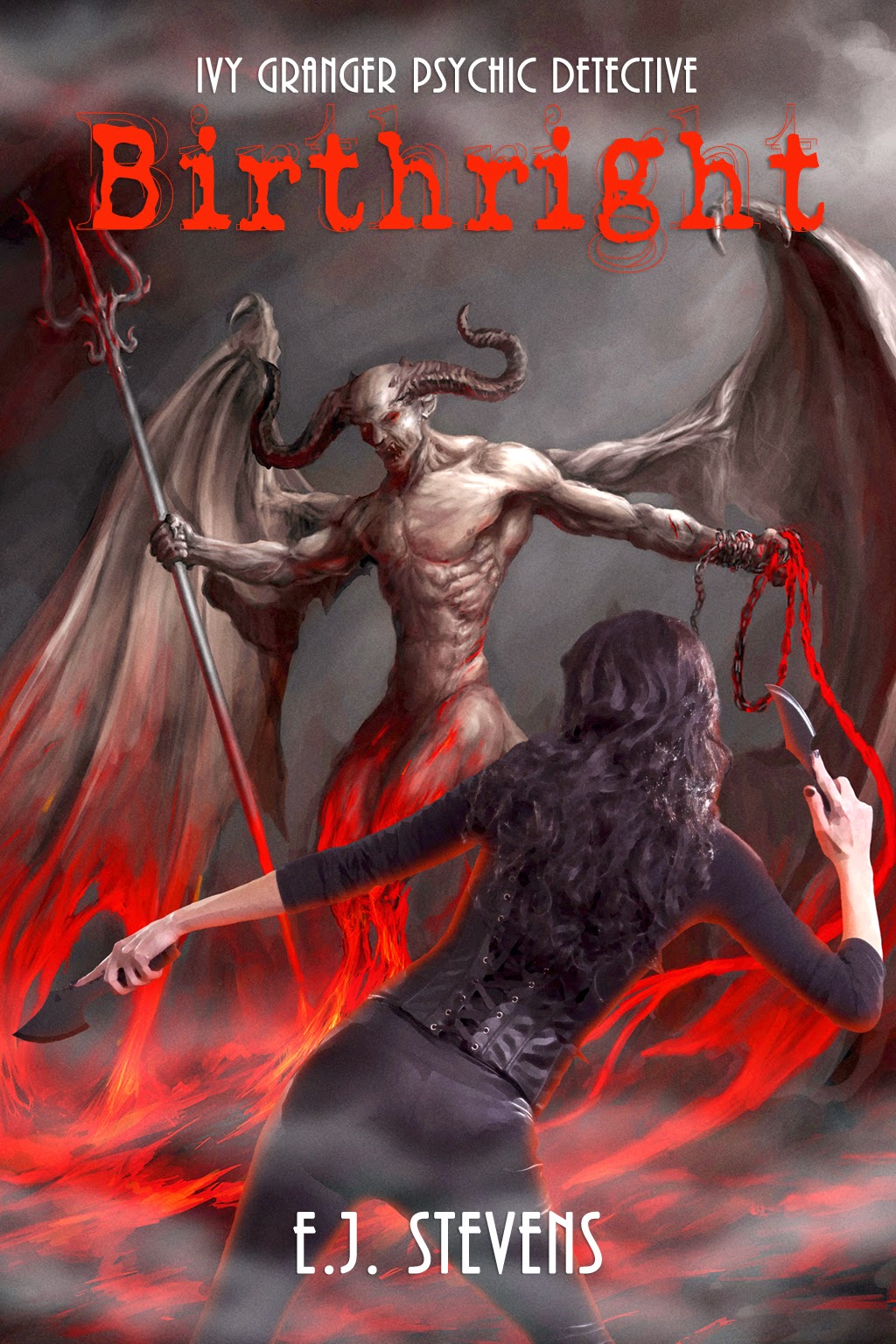 Being a faerie princess isn't all it's cracked up to be...

Ivy must go to Faerie, but the gateway to the Wisp Court is through Tech Duinn, the house of Donn—Celtic god of the dead. Just her luck.

Unable to share her secret with Jinx, and with Jenna called away on Hunters' Guild business, Ivy must rely on Ceff and Torn to lead her to Death's door, literally, and back again. As if that wasn't dangerous enough, there's no saying what horrors lay in store within the Faerie realm. Too bad the Wisp Court is the one lead Ivy has in the search for her father—and possible salvation.

Maybe hiding away and dodging sidhe assassins isn't so bad after all...


About the Ivy Granger Series

The Ivy Granger series is an urban fantasy series written by E.J. Stevens. The series is told in the first-person point of view of Ivy Granger, a psychic detective with ties to the paranormal underworld of Harborsmouth--ties that ensnare Ivy and her friend Jinx in the Machiavellian schemes of the city's teeming population of bloodsucking vampires and psychotic faeries.

E.J. Stevens is the author of the Spirit Guide young adult series and the bestselling Ivy Granger urban fantasy series. When E.J. isn't at her writing desk she enjoys dancing along seaside cliffs, singing in graveyards, and sleeping in faerie circles. E.J. currently resides in a magical forest on the coast of Maine where she finds daily inspiration for her writing.

We are celebrating this cover reveal with a fantastic Birthright giveaway...

We are giving away a $10 Amazon Gift Card, Birthright mini-poster, and signed Birthright postcard to one lucky winner.