Welcome to the blog tour for the Ash and Ruin series by Shauna Granger. For my stop I have a review of book 1 World of Ash, which I loved!! Check out the full schedule HERE and follow the tour. 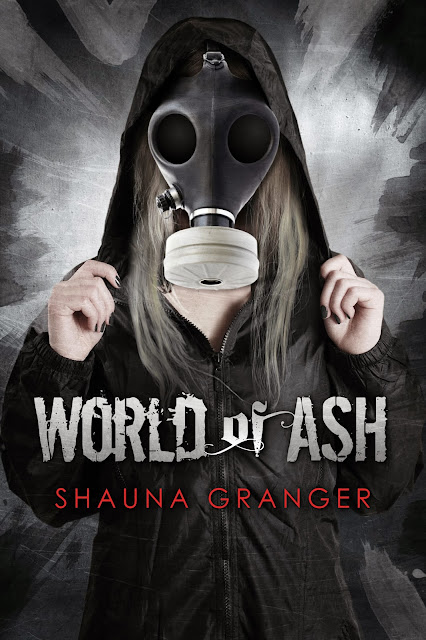 There are two inherent truths in the world: life as we know it is over, and monsters are real.
The Pestas came in the night, spreading their pox, a deadly plague that decimated the population. Kat, one of the unlucky few who survived, is determined to get to her last living relative and find shelter from the pox that continues to devastate the world. When it mutates and becomes airborne, Kat is desperate to avoid people because staying alone might be her only chance to stay alive.
That is, until she meets Dylan. Dylan, with his easy smile and dark, curly hair, has nowhere to go and no one to live for. He convinces Kat there can be safety in numbers, that they can watch out for each other. So the unlikely couple set off together through the barren wasteland to find a new life – if they can survive the roaming Pestas, bands of wild, gun-toting children, and piles of burning, pox-ridden bodies. 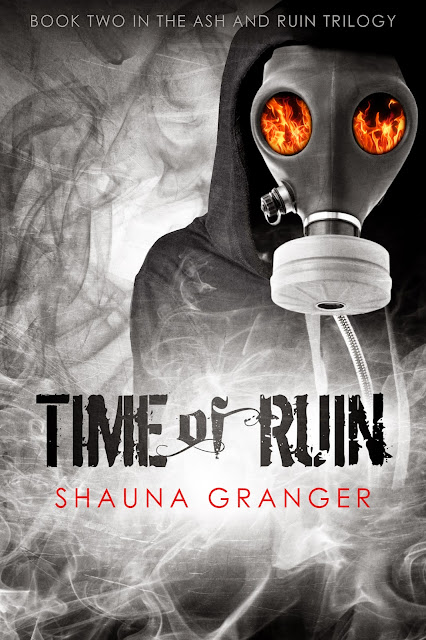 The world has ended, and hope is the most dangerous thing left.
Battered and bruised after barely escaping San Francisco with their lives, Kat, Dylan, and Blue press north – desperate to reach the possibility of a new home.
But strange, monstrous ravens are tracking the remaining survivors, food is becoming scarce, gasoline is running short, and people are becoming suicidal, making survival almost impossible.
And the Pestas are growing bolder. Somehow, their numbers are growing.
The further north they go, the harder it becomes to ignore the signs that they’ve made a fatal mistake. Kat must face the impossible truth that there is no escape, there is no safe haven, and their worst nightmares don’t come close to their new reality. 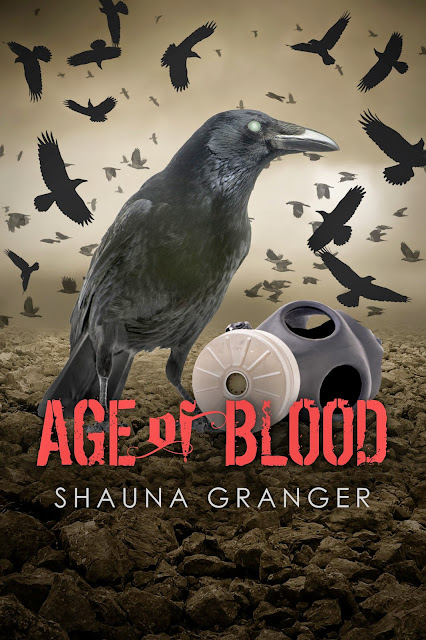 Hope is a dangerous thing, but powerful. Hope keeps you going. Hope can keep you alive.
But hope can shatter your world.
Kat and Dylan have found a home, but the monsters are still out there. The pox and plague still ravage the world. They have hope of finding a vaccine, but their encampment isn't equipped to develop it.
Dylan is still too weak from the pox to leave the encampment, so Kat must decide between staying by his side and protecting her last remaining family member as he leaves to find supplies. Separated for the first time since they came together, Kat and Dylan will have to fight their own battles to save what is left of their bloody world.
Kat will have to hold on to hope that she has anything left to save and someone to come home to. If she can survive.

Review of World Of Ash

When the world is over ridden with a virus which The Pestas have brought ( described as old, ugly, pox faced, grim people. They spread the pox through touch), the government try their hardest to contain it. Most everyone over the age of thirty have died from it and there is no cure. The government decide to take the extreme measure of bombing all the cities affected to try and stop it from spreading.

Kats father is the first to contract the pox and once he brings it home its a given that her mum will have it too. Her mum persuades her to go to her Uncles house in Washington. He is self sufficient and is most likely alive. Kat is the kind of girl that all she ever had to worry about was her hair and makeup. Now though she is thrown into a life that is anything but ordinary.

Kat has been walking for hundreds of miles and has thousands still to go. During her travels she has been attacked and beaten and has learned to be wary of everyone. She stumbles across a farmhouse that has its own well and cant believe her luck. While there she finds a dog, Blue, that's malnourished. Luckily the house she is at has tons of food for Blue. She feeds him up and he becomes her friend and protector. She also meets Dylan. He comes to the farmhouse because a doctor used to live there and he hopes the doc can help his friend. He is too late though. Kat is very wary of him and doesn't trust him but she agrees to let him travel with her because he can hotwire a car. What follows next is their journey that's fraught with danger from The Pestas and other survivors!

When I first saw the cover of this I knew straight away Id read it. I adore the Dystopian genre and will pretty much try anything. Well I'm so glad I did.

Kat is a typical teenage girl and worries only about her looks and her hair. She is thrown into a situation that she has no idea of what to do and now all she worries about is finding food, water, shelter and surviving one more day. She is one tough cookie and I really liked her character. She spends so long alone and I was so happy when Blue and Dylan turn up. You really feel for her and all that's happened.

Dylan was another strong character. From the start you can see he is kind, capable and someone you want on your side. He carries his friend all the way to the farmhouse, even though he has the pox, just to see if the doc can help him. He knows Kat is wary of him but tries his best to put her at ease. I loved seeing their friendship blossom.

While World Of Ash isn't the most action packed story, there's still a lot happening. We do get some awesome fight scenes and it is edge of your seat in parts. The story is well told and Shauna Granger has created a world that's bleak, desolate and harsh but will suck you in and have you rooting for Kat and Dylan. Im really looking forward to book 2. 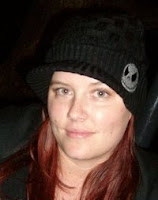 Like so many other writers, Shauna grew up as an avid reader, but it was in high school that she realized she wanted to be a writer. Five years ago, Shauna started work on her Elemental Series. She released the first installment, Earth, on May 1, 2011 and has since released four sequels, with the series coming to an end with Spirit. She is currently hard at work on a new Urban Fantasy series, staring a spunky witch with a smush-faced cat named Artemis.