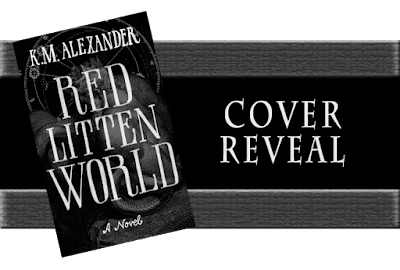 Welcome to the cover reveal for Red Litten World by K.M. Alexander! This is an adult Lovecraftian urban fantasy with dystopian and science fiction elements and is the third book in The Bell Forging Cycle series. The author wrote up a post about the cover and there's a great giveaway at the end of this post! 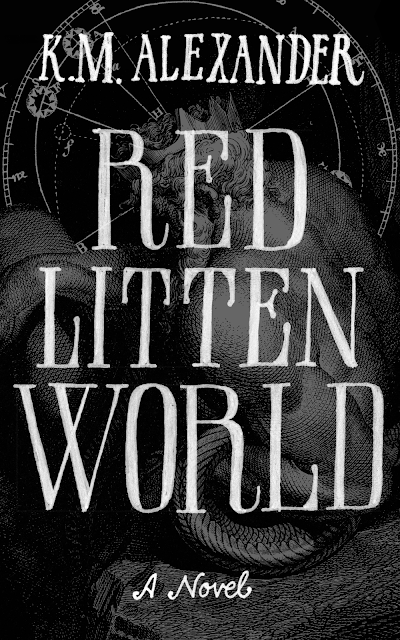 The city of Lovat is dying. It just doesn’t know it yet. Trapped behind blockades, its citizens starve. Only the wealthiest can afford to snatch up what food does slip through, leaving the poor jostling for scraps. But money only goes so far. Inside their gleaming towers, the well-fed elevated are being killed off one-by-one.Caravan Master Waldo Bell—only a few months removed from the harrowing events along the Broken Road—just wants to keep his head down and be left alone while he waits for the blockades to break. But when familiar symbols written in blood appear at a crime scene and an old debt comes calling, Wal finds himself thrust into chaos.Now, forced onto Lovat’s blood-soaked upper levels, Wal faces his most dangerous challenge yet: within a city on the verge of self-destruction, he must fight to save not only his own life—but the life of every Lovatine struggling below.

I’m always a bit of a nonconformist. When I set out to create a theme for The Bell Forging Cycle I wanted to create a series covers that not only looked great on a shelf but also stood out among the other books within urban fantasy. I intentionally set out to avoid the tropes. The idea was to create a style, where similar elements change but the reader can find familiarity between each book.

As with the previous covers, Jon Contino (joncontino.com) created the lettering for Red Litten World. I’ve always been a huge fan of Jon’s work and there is something with his art and craft approach that captures the feel of the series. He nails that looming sense of unease but adds that combination of approachability, which I really like. Honored to have his help yet again.

The background image comes once again from the artist, Gustav Doré. I love Dore’s work, in particular, his woodcuts. I spend a lot of time picking a woodcut that highlight certain themes within the novel. This time the engraving was selected from Dante Alighieri's Inferno. There Minos stands, centers on the lounging former king, Minos, now judge of the damned in the underworld. It was the perfect image for Red Litten World.

As with Book one, The Stars Were Right, I am referencing Lovecraft’s work within the title. I deviated from this pattern with Book two, Old Broken Road, but it has always been my intent on alluding to the influence of the Lovecraft Mythos on the work. The title Red Litten World comes from a line from H. P. Lovecraft and Zelia Bishop’s short story The Mound:

"...legend said that it had come from a
mysterious inner realm beneath the red-litten
world—a black realm of peculiar-sensed beings
which had no light at all, but which had
great civilisations and mighty gods..."

Each of these little details add to the overall cover and hint at what will lay within its pages. I like scattering little Easter Eggs through stuff like this, from the choice of the background to the little symbols I place along the spine.

I hope this gives you some insight into my process. I’m excited to reveal the cover for Red Litten World. It fits perfectly within the series but brings its own unique look. I can’t wait to get this into the hands of readers.

About The Bell Forging Cycle series:

Welcome to The Bell Forging Cycle, an ongoing urban fantasy series by author K. M. Alexander. Don your keff, lace up your boots, and enter his dystopian genre-bending vision of the Territories. A world where humanity is no longer alone and strange creatures inhabit vast multi-leveled megalopolises built upon the backs of drowned cities. A place of violence, where killers stalk narrow streets and shadowy cults work ancient rituals to awaken forgotten elder gods. Standing in their way is one soul, a road-weary caravan master armed with an antique revolver, a droll wit, and a hardened resolve.

The Stars Were Right on Goodreads | Amazon 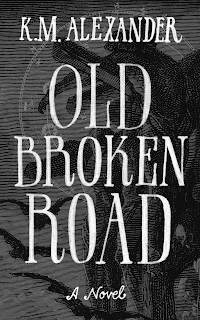 K. M. Alexander is a Pacific Northwest native and novelist living and working in Seattle with his wife and two dogs. His work explores non-traditional settings within speculative fiction, bending and blending genres to create rich worlds and unique approachable characters.


One lucky winner will receive the following prize: signed paperback copies of The Stars Were Right and Old Broken Road, swag packs for both books, a Bell Caravan’s Patch, and a $50 Amazon Gift Card (INT)
Ends June 14, 2015

Prizing provided by the author.