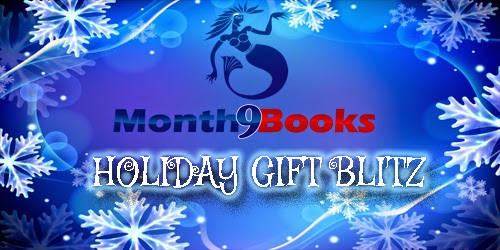 Welcome to Month9Books’ gift blitz for our amazing winter titles: CROWN OF ICE by Vicki L. Weavil, PRAEFATIO by Georgia McBride, ENDLESS by Amanda Gray, A MURDER OF MAGPIES by Sarah Bromley, DEAD JED (1 & 2) by Scott Craven, and TRACY TAM by Krystalyn Drown! Are you looking for the perfect winter/holiday read? Then these are the titles for you! Oh and as a thank you to our readers we have an amazing giveaway for you! 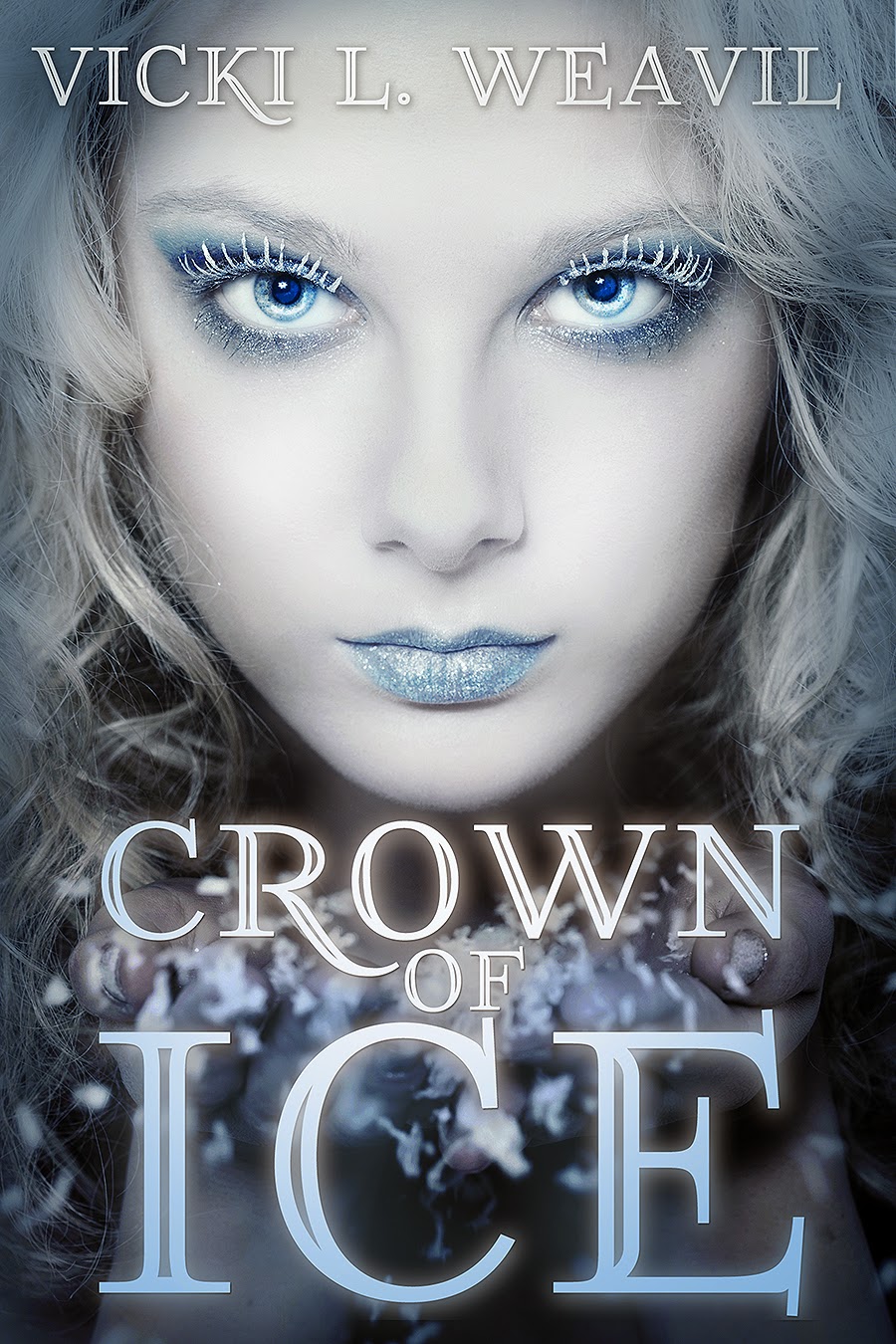 Thyra Winther's seventeen, the Snow Queen, and immortal, but if she can't reassemble a shattered enchanted mirror by her eighteenth birthday she's doomed to spend eternity as a wraith.
Armed with magic granted by a ruthless wizard, Thyra schemes to survive with her mind and body intact. Unencumbered by kindness, she kidnaps local boy Kai Thorsen, whose mathematical skills rival her own. Two logical minds, Thyra calculates, are better than one. With time rapidly melting away she needs all the help she can steal.

A cruel lie ensnares Kai in her plan, but three missing mirror shards and Kai's childhood friend, Gerda, present more formidable obstacles. Thyra's willing to do anything – venture into uncharted lands, outwit sorcerers, or battle enchanted beasts -- to reconstruct the mirror, yet her most dangerous adversary lies within her breast. Touched by the warmth of a wolf pup's devotion and the fire of a young man's desire, the thawing of Thyra's frozen heart could be her ultimate undoing.
CROWN OF ICE is a YA Fantasy that reinvents Hans Christian Andersen's "The Snow Queen" from the perspective of a young woman who discovers that the greatest threat to her survival may be her own humanity. 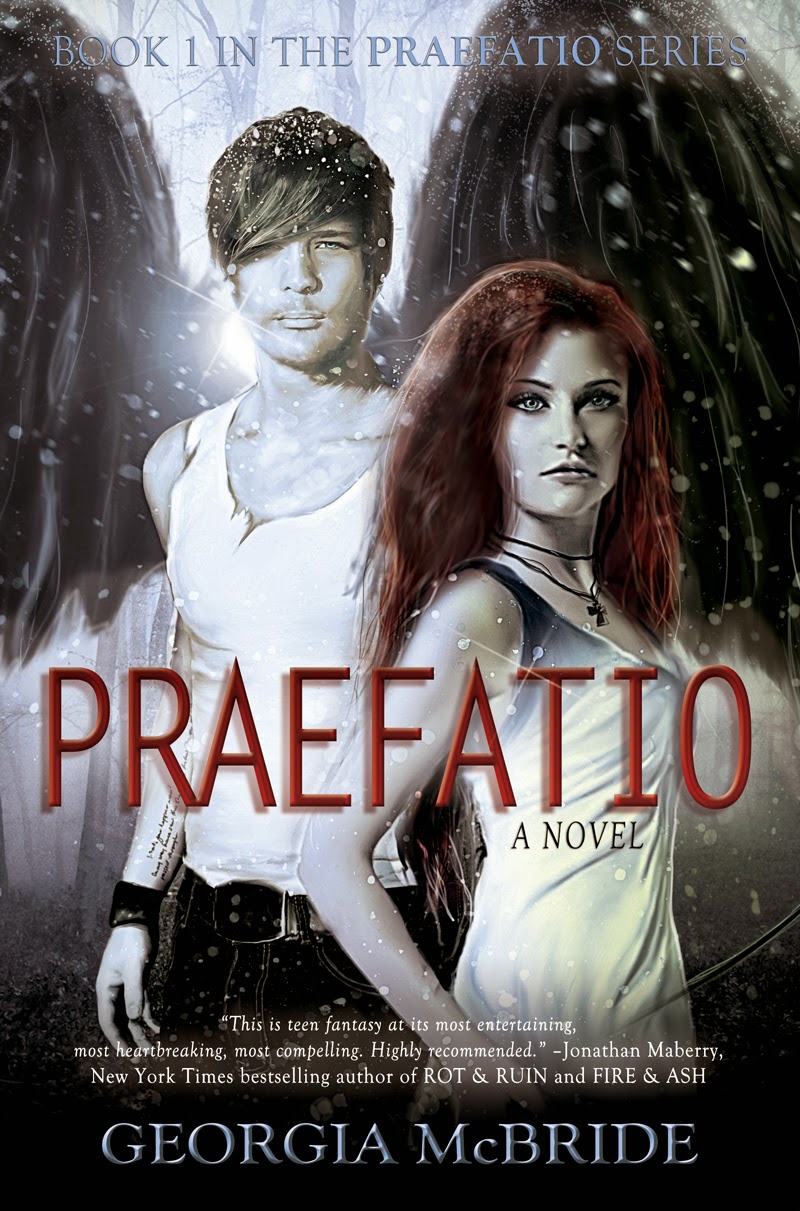 Seventeen-year-old Grace Ann Miller is no ordinary runaway. After having been missing for weeks, Grace is found on the estate of international rock star Gavin Vault, half-dressed and yelling for help. Over the course of twenty-four hours Grace holds an entire police force captive with incredulous tales of angels, demons, and war; intent on saving Gavin from lockup and her family from worry over her safety. Authorities believe that Grace is ill, suffering from Stockholm Syndrome, the victim of assault and a severely fractured mind. Undeterred, Grace reveals the secret existence of dark angels on earth, an ancient prophecy and a wretched curse steeped in Biblical myth. Grace’s claims set into motion an ages-old war, resulting in blood, death and the loss of everything that matters. But are these the delusions of an immensely sick girl, or could Grace’s story actually be true? Praefatio is Grace’s account of weeks on the run, falling in love and losing everything but her faith. When it’s sister against brother, light versus darkness, corrupt police officers, eager doctors and accusing journalists, against one girl with nothing but her word as proof: who do you believe? 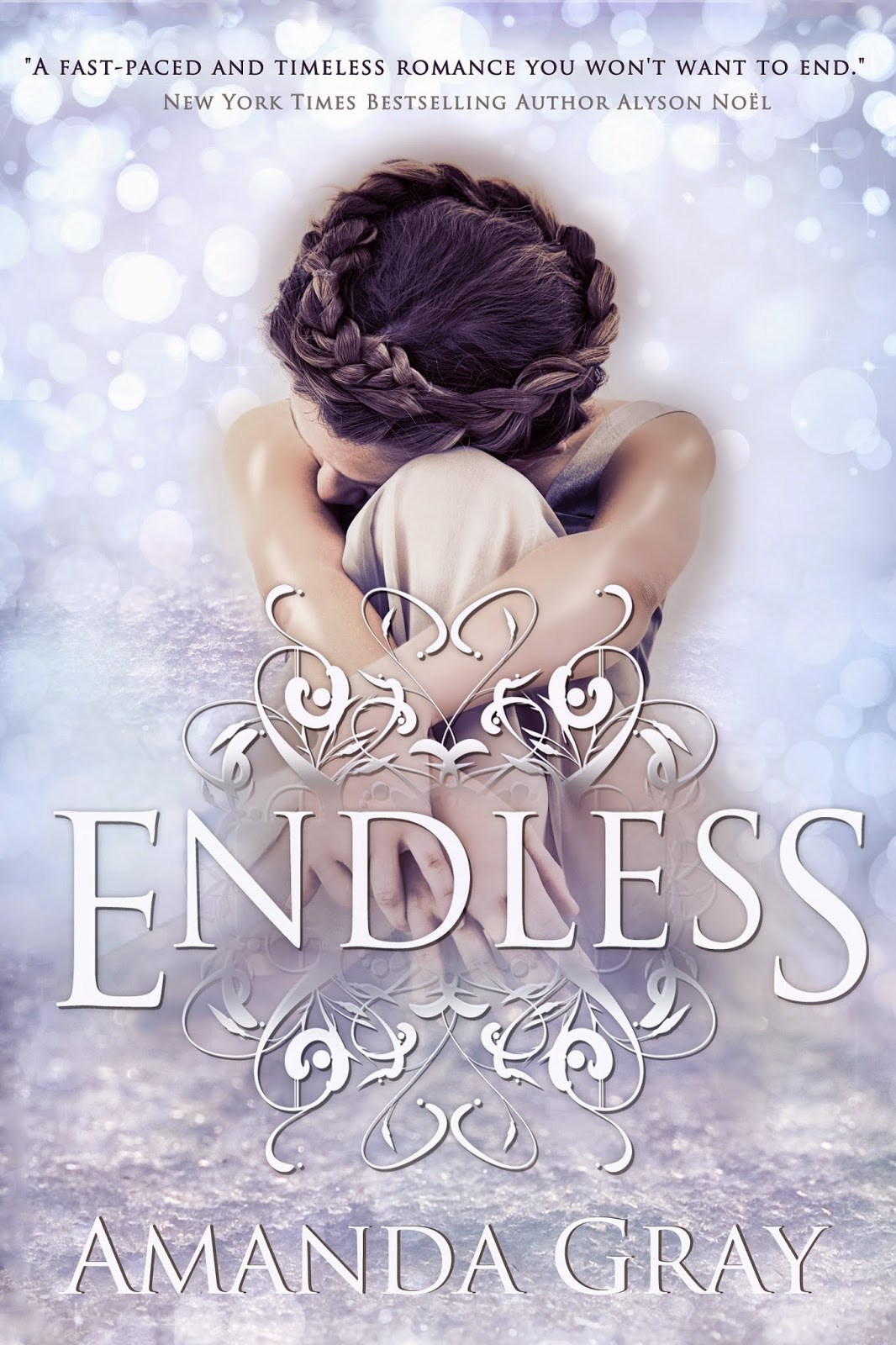 Jenny Kramer knows she isn’t normal. After all, not everybody can see the past lives of people around them. When she befriends Ben Daulton, resident new boy, the pair stumble onto an old music box with instructions for "mesmerization" and discover they may have more in common than they thought—like a past life! Using the instructions in the music box, Ben and Jenny share a dream that transports them to Romanov Russia and leads them to believe they have been there together before. But Nikolai, the mysterious young man Jenny has been seeing in her dreams who has now appeared next door, was there, too. Jenny is forced to acknowledge that Nikolai has traveled through time and space to find her. Doing so means he has defied the laws of time, and the Order, an ominous organization tasked with keeping people in the correct time, is determined to send him back. While Ben, Jenny, and Nikolai race against the clock—and the Order—Jenny and Nikolai discover a link that joins them in life and beyond death. 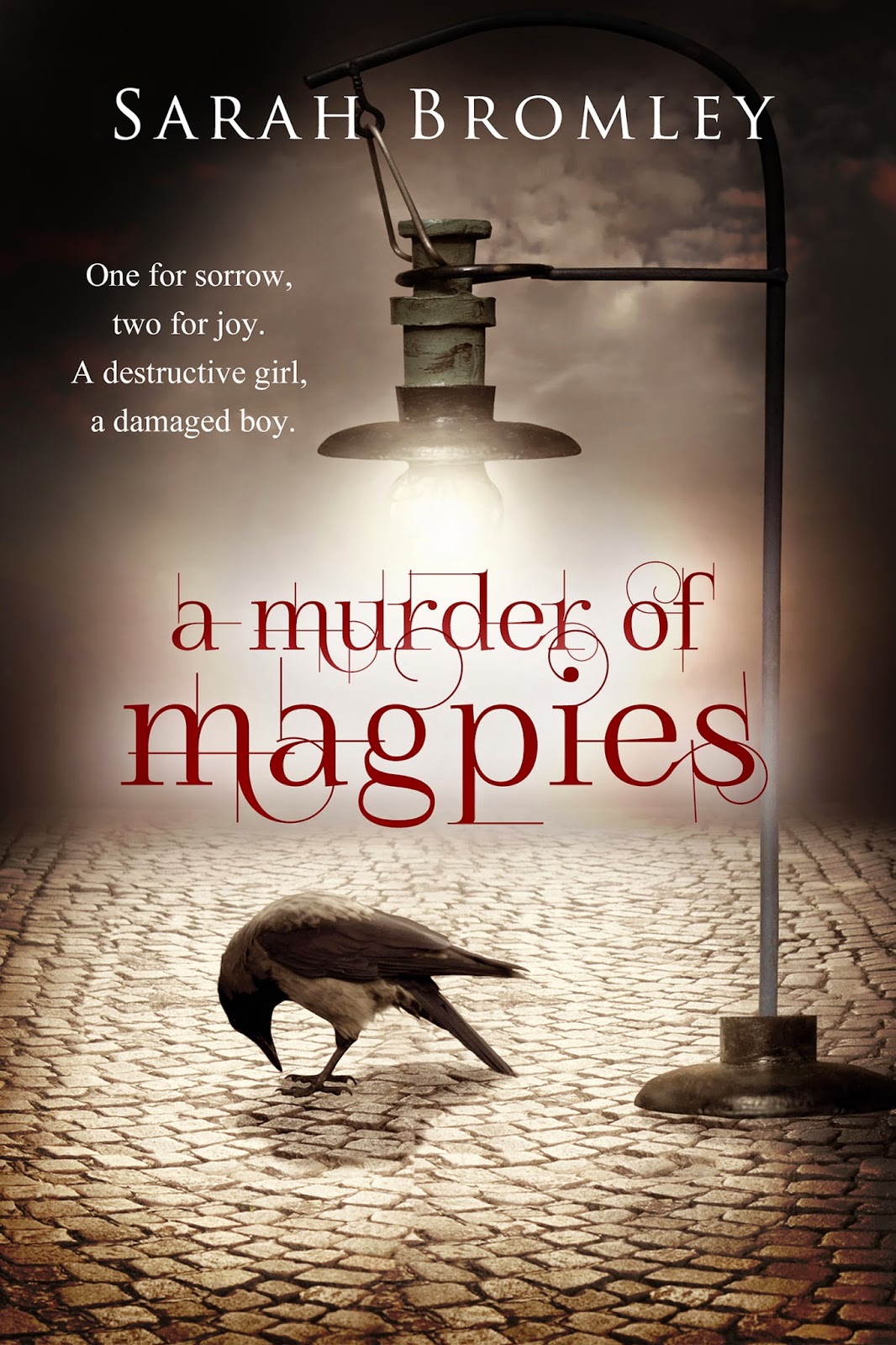 A Murder of Magpies by Sarah Bromley

Winter in Black Orchard, Wisconsin, is long and dark, and sixteen-year-old Vayda Silver prays the snow will keep the truth and secrecy of the last two years buried. Hiding from the past with her father and twin brother, Vayda knows the rules: never return to the town of her mother’s murder, and never work a Mind Game where someone might see.

No one can know the toll emotions take on Vayda, how emotion becomes energy in her hands, or how she can’t control the destruction she causes. But it's not long before her powers can no longer be contained. The truth is dangerously close to being exposed, placing Vadya and her family at risk.

Until someone quiets the chaos inside her.

Unwanted. That's all Ward Ravenscroft has ever been. To cope, he numbs the pain of rejection by denying himself emotions of any kind. Yet Vayda stirs something in him. He can't explain the hold she has on him--inspiring him with both hope and fear. He claims not to scare easily, except he doesn't know what her powers can do. Yet.

Just as Vadya and Ward draw closer, she finds the past isn't so easily buried. And when it follows the Silvers to Black Orchard, it has murder in mind. 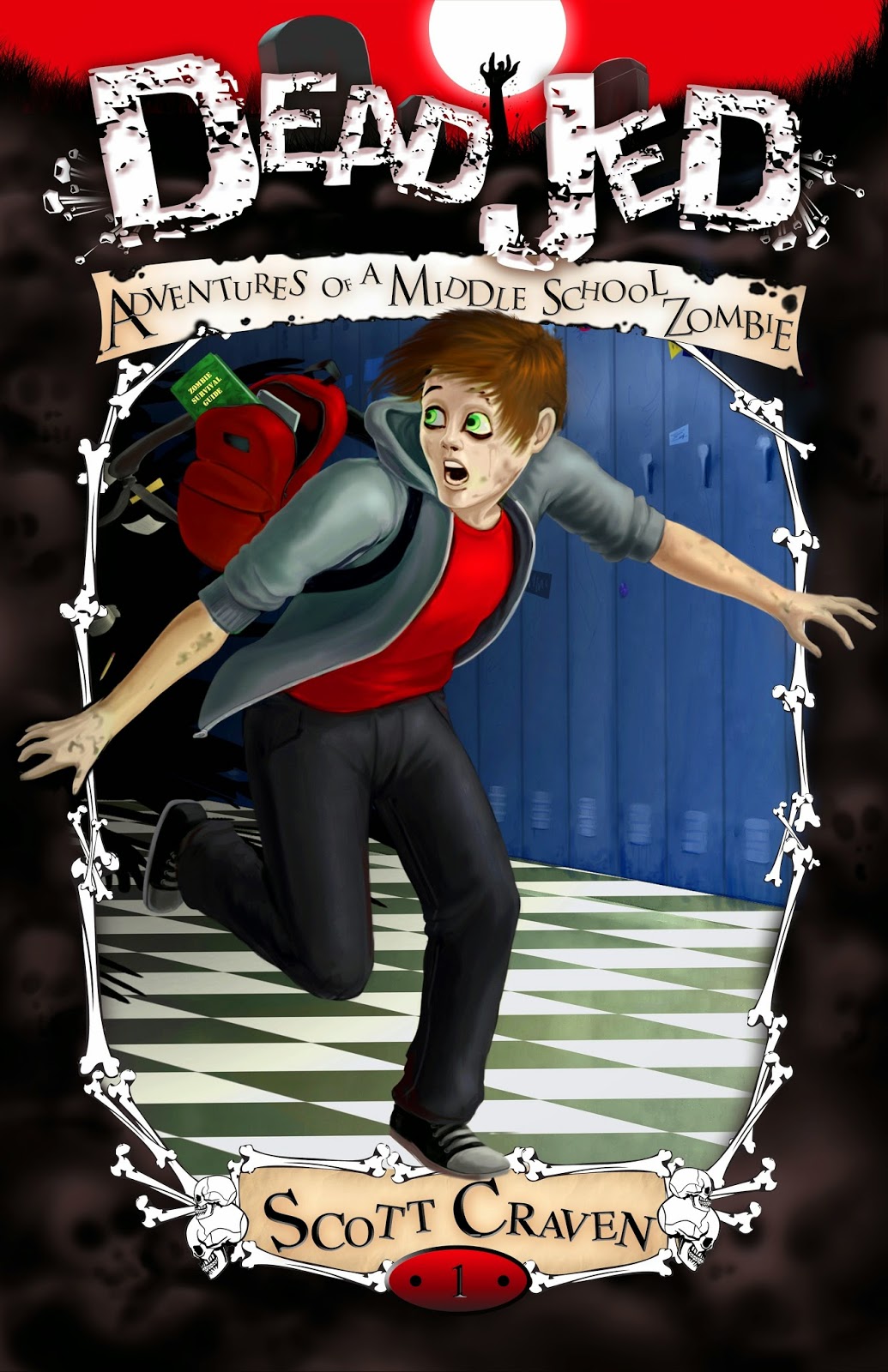 The first part of seventh grade was rough on Jed, but things are looking up now that Christmas is almost here. As with past Christmases, Jed asks for the one thing he's always wanted--a dog--and again, his parents tell him they're not ready. But fate has a different plan when Jed sees a dog get run over by a car. Then, it happens. Jed suddenly has a pet, Tread, a zombie dog bearing his namesake--a tire tread down his back. Jed may have gained a dog, but he loses his best friend Luke, who fears the way Jed created his undead pet. When Jed returns to school, he finds a mysterious group called the No Zombies Now Network spreading rumors of the dangers the undead pose to normal people. Forced to disprove Hollywood stereotypes, Jed has his work cut out for him as stories of a zombie dog begin to circulate. Jed could be expelled if he can't expose the NZN Network as a fraud. Jed needs help from his kind of girlfriend Anna, especially after he discovers Luke has joined the shadowy group. Once again navigating the treacherous waters of middle school, Jed does his best to stay in one piece. Only this time he'll need even more duct tape and staples than usual. 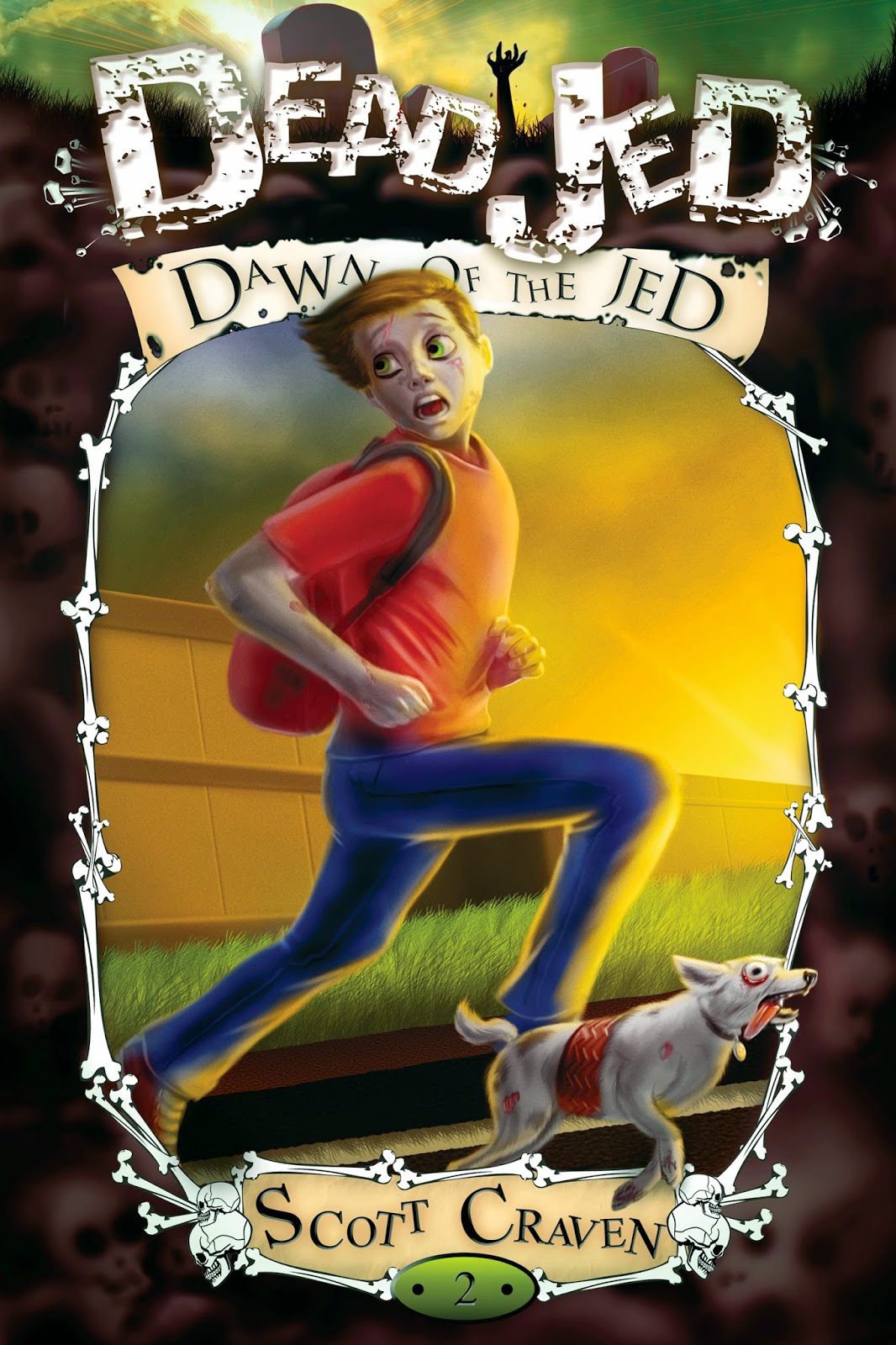 Dawn of the Jed (Dead Jed #2) by Scott Craven

As the fall semester ends and kids head home for winter break, Jed and his parents gather for the annual exchanging of gift lists. Once again, Jed asks for a dog, leading to a heated argument and a firm "no." But when Jed spots a stray, he chases it until the dog darts into the street where it is struck and killed by a car. Grief stricken by what he's done, Jed cradles the dead dog in his arms. Soon, ooze from the dog mixes with teardrops from Jed, creating Tread the zombie dog. Finally getting his wish, Jed must convince his parents to let him keep the undead dog. But a zombie dog turns out to be the least of Jed's issues. It seems some parents don't want Jed attending school with their kids. Enter the mysterious NZN Network. They've been distributing anti-zombie propaganda in an effort to get Jed expelled. But Jed wonders if the creation of Tread has caused his relationship with Luke to sour. And why, just as he seems to need them the most, have his best friends abandoned him? Could they have bought in to the anti-zombie way of thinking? Was creating Tread a mistake Jed will live to regret?

When Tread goes missing, and with his very existence at stake, Jed must rely on his instincts, team up with an old nemesis, and fight for his right to have just as miserable a middle school existence as any other student—undead or alive. 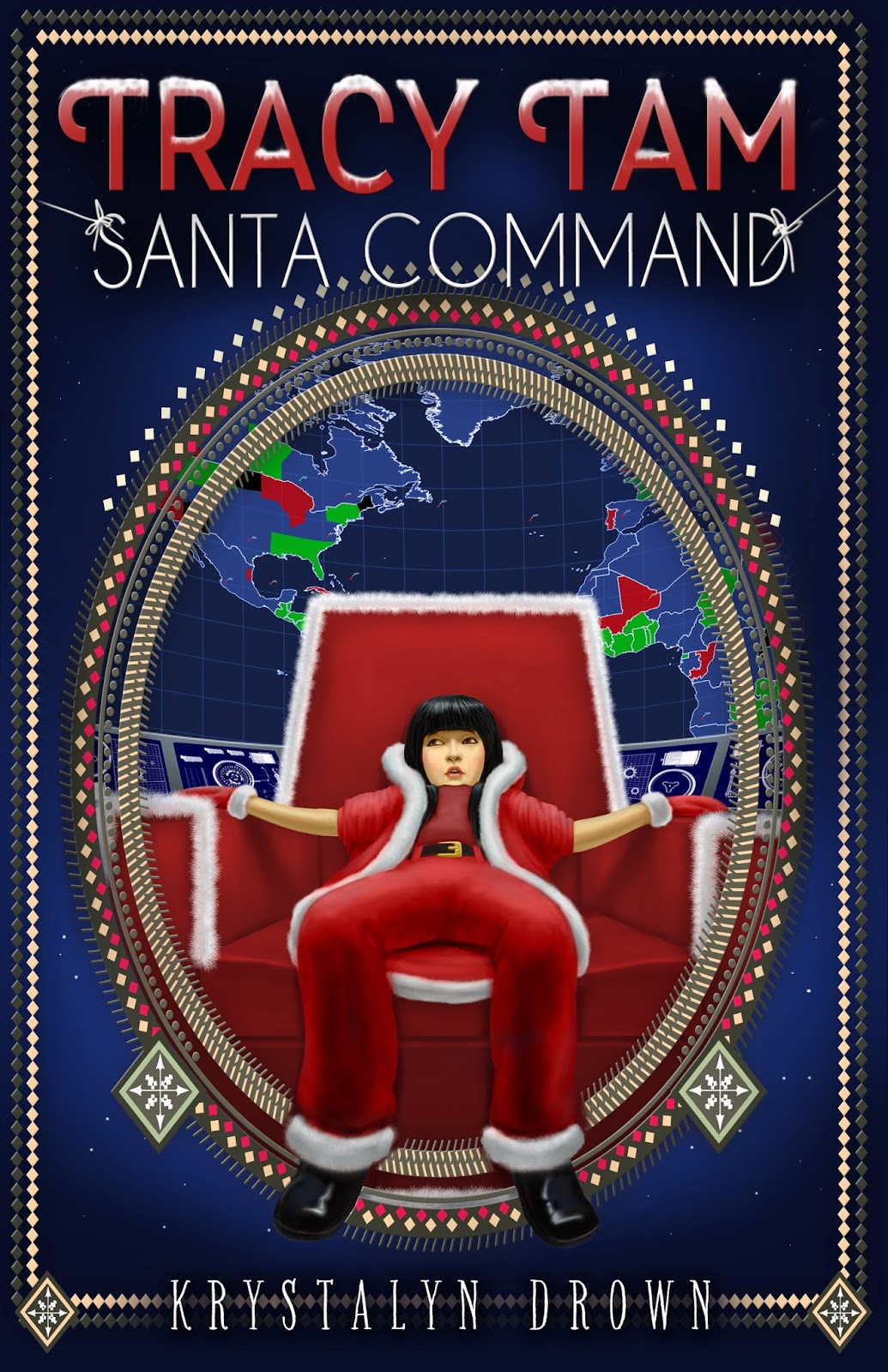 Tracy Tam doesn't really believe in Santa Claus, at least not like the rest of us do. She also doesn't believe that Santa can possibly deliver all of those presents in one night, to children around the world, without a little help from science. A flying sleigh can only be powered by jet engines, after all, and Santa's magical abilities can only be the result of altered DNA. How else could he know what every little girl and boy wants for Christmas and who has been naughty or nice? In order to test her theories, Tracy sneaks onto Santa's sleigh then ends up at Santa Command, where a team of (gasp!) humans monitor Santa's big night. When Tracy attempts to hack into their computers, she accidentally introduces a virus into the system. As a result, three states get knocked out of sync with the rest of the world (oops!). Santa won't be able to deliver all the presents in time! Now, Tracy must fix time and help Santa, but she has no idea how. How can a girl who doesn't believe help Santa and save Christmas before it's too late? With a little Christmas magic, of course!

1 Winner will receive A Taste of Christmas Gift Basket US Only.
3 Winners will receive eBook bundles of 5 Month9Books. International. 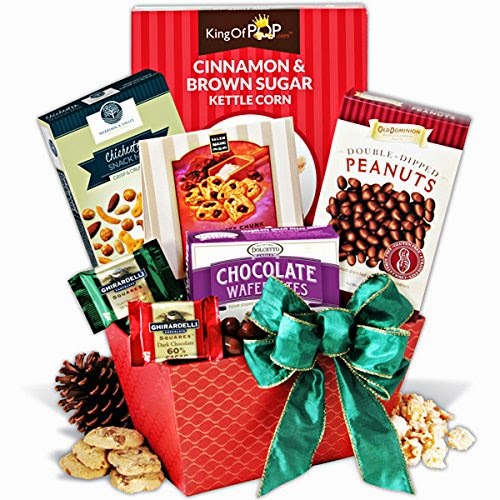