Song of Blood and Stone by L. Penelope Cover Reveal and Giveaway! 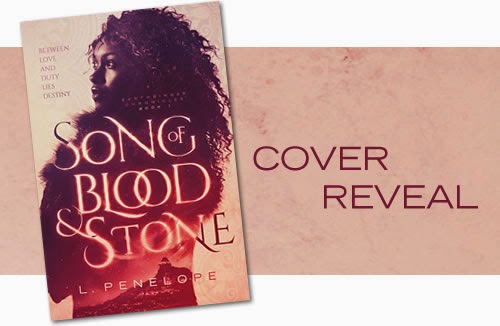 The cover of Song of Blood and Stone was designed by James T. Egan at Bookfly Design.

Between love and duty lies destiny
Orphaned and alone, Jasminda is an outcast in her homeland of Elsira, where she is feared for both the shade of her skin and her magical abilities. When ruthless soldiers seek refuge in her isolated cabin, they bring with them a captive – an injured spy who steals her heart.
Jack’s mission behind enemy lines nearly cost him his life but he is saved by the healing power of a mysterious young woman. Together they embark on a perilous journey straight into the heart of a centuries-old conflict.
Thrust into a hostile society, Jasminda and Jack must rely on one another even as secrets jeopardize their bond. As an ancient evil gains power, Jasminda races to unlock a mystery that promises salvation.
The fates of two nations hang in the balance as Jasminda and Jack must choose between love and duty to fulfill their destinies and end the war. 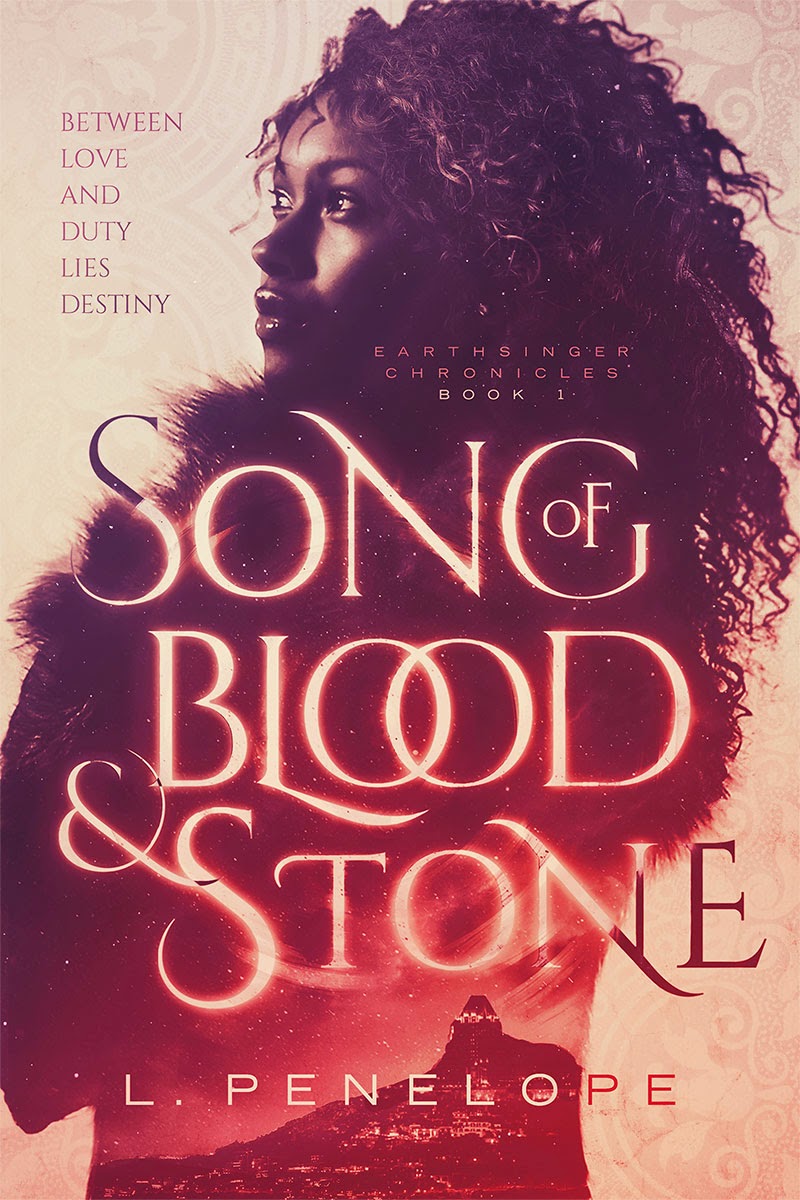 Jasminda led the way, the light from her lantern reflecting off the snow, now knee-deep but swallowed up by the surrounding darkness. Jack leaned heavily on the walking stick as each step became more difficult than the last. Pausing to catch his breath, a coughing fit struck him, leaving red splatters on the pristine white.
When he straightened, he found her staring at the blood on the ground. Almost immediately, the warm hum of Earthsong rippled through him.
“Save it,” he advised. “I’m all right.”
She scowled. “You are not all right. You are worse than when you arrived. Stop being such a fool.” The buzz of Earthsong continued for a few moments before she turned and stomped away.
For hours they battled the storm, their progress arduous. Strong gusts of wind blew against them, sometimes knocking them on their backs and forcing them to stop until the gale calmed some. Icy blasts whipped through Jack’s coat, freezing his fingers until he could no longer grip the walking stick and had to leave it behind.
“Let’s stop here for a moment,” Jasminda shouted, pointing to a notch in the rock wall just big enough for two people. Underneath the rocky overhang, the snow stood only ankle high, and the sidewalls protected them from the worst of the wind. They crouched down together, shaking from the cold. She took his hands in hers and rubbed, bringing some feeling back into them. In the flickering lantern light, worry etched a frown on her face.
Jack rallied, drawing whatever inner strength he could into his depleted limbs. A small hum of Earthsong tickled at his wounds, but he could sense her weakening. He cracked his knuckles and tried to fashion his frozen face into a grin.
“Now’s not the time to grow lazy.” He wasn’t sure she could understand him over the chattering of his teeth, but she nodded and they stood. At a groaning rumble overhead, they looked up. Something large shifted and slid. He moved forward to see what was happening, but she grabbed him by his coat and pulled him back. Her eyes were huge circles of fear as everything around them started to shake.
With a violent boom, an avalanche of snow slid down the mountain obliterating the path that they were on. The motion pushed them back against the wall as sheets of snow and ice crumbled away and slid off the mountain in front of them. Beneath their feet, the ground convulsed, knocking them off-balance. Jack fell forward into the rioting rush of snow.
Where he’d expected his hands to hit the ground, they hit nothing. He reached out frantically, grasping for purchase as his weightless body plummeted into the darkness blanketed by the cold wet pressure all around him. 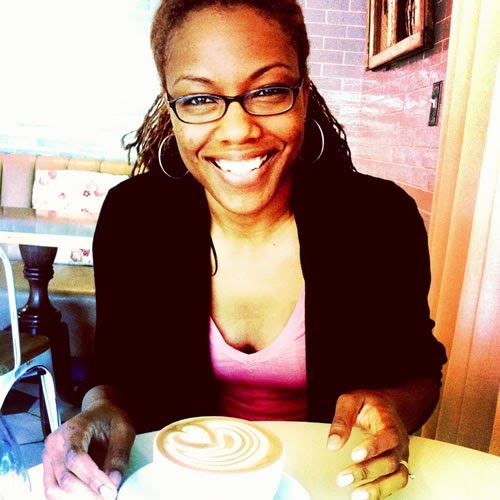 Leslye Penelope has been writing since she could hold a pen and loves getting lost in the worlds in her head. She's a romance junkie who self-medicates with happily-ever-afters and steaming mugs of green tea. She lives in Maryland with her husband, an eighty-pound lap dog, and an attack cat. Visit her online at http://www.lpenelope.com.