My Life From Hell by Tellulah Darling Book Blitz and Giveaway! 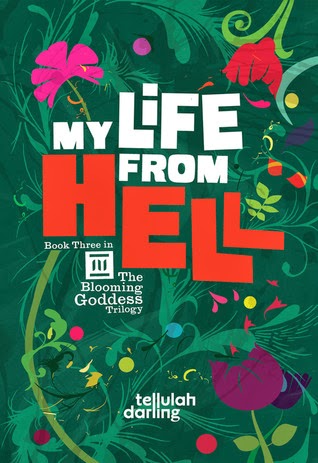 Synopsis:
To say that Sophie Bloom is at the top of her game with one only week until spring equinox and the final showdown with Zeus and Hades would be, well, lying. The Goddess of Spring feels more like the Goddess of Bzz Thanks For Playing than the savior of humanity. And could her relationships be any more messed up?

Sophie is convinced that things can’t get any worse than crawling back to her mother Demeter and begging for help. But she’s about to find out how very wrong she is.

It’s a race against time for Sophie to implement the big battle strategy in the YA romantic comedy/Greek mythology finale My Life From Hell. Love meets comedy with a whole lot of sass in book three of this teen fantasy romance series. Save herself; save the world. Humanity may be screwed.

Excerpt!
I fired again and again, staying rooted to the spot, and forcing extra power from deep within the earth. I wiggled my bare feet into the dirt, digging my toes in deeper.
At least it didn’t stay dark. Between fireballs, lightning strikes, my shockwaves and Kai’s black light, it was quite the dazzling illumination.
My eyes closed. I didn’t need to see the Photokia and Pyrosim to know where they were. I could sense them, millions and millions, swarming me. More than I could count. More than I could process.
It was a plague of minions. The world was so thick with them that I was amazed there was still room for air. Their fireballs burned my skin and sparked my hair. Their lightning arced through my body.
The air was heat and smoke and burning destruction. Every particle glided over my skin in electric vibrations that shocked the tiny hairs on my arms. Black ash rained down, covering me in a blanket of soot. I took it all in and used it. Turned it around and sent it back with every shockwave I fired.
I felt untouchable. Even with all the hits I was taking, my healing abilities kept up pretty well. I had never been more a goddess, more every-inch powerful, than in this moment. I felt Persephone settle into my skin, connect to me in a way that had never happened before. For this moment, at least, we were in perfect synch. We were the vanquishers and our enemies would go down tasting our wrath.
Until I heard the laughter. 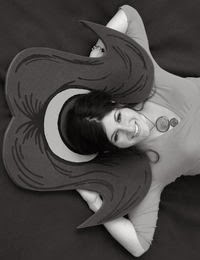 Tellulah Darling is a firm believer that some of the best stories happen when love meets comedy. Which is why she has so much fun writing young adult romantic comedy novels. Her tales span contemporary, teen fantasy romance, and YA Greek mythology, and range from stand alone books to series. For Tellulah, teen romance is the most passionate, intense, and awkward there is - a comedy goldmine. Plus smart, mouthy, teen girls rock.

It's Tellulah's virtual book bash and you're invited! Come to: http://tellulahdarling.com/tellulah-darling-live/ on Sunday, Mar 23 between 10-11AM PST
and help Tellulah celebrate the release of My Life From Hell. She'll be live on video, doing a reading, answering your text Q&A, and just chatting. So come on over, ask a question, discuss the pros and cons of swoony boys, or just say hi! She'd love to have you there to help mark the end of Sophie's journey. Better yet, she's the only one who has to get dressed for the event. :D