The Wicked We Have Done by Sarah Harian Promo Post! 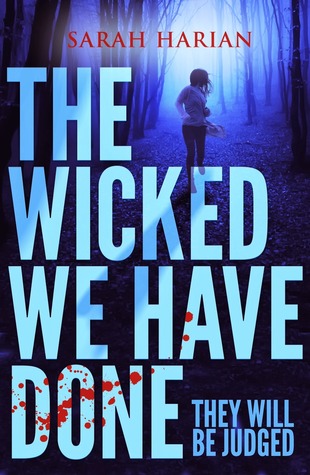 Once a sinner, always a sinner...
Twenty-two-year-old Evalyn Ibarra had taken the normality of her life for granted, until the moment everything changed. Now, convicted of a horrifying crime, she will be one of the first to experience a new kind of punishment.In the darkness of the Compass Room - an experimental prison - the morality of convicts will be tested, and they will be punished according to their performance. In order to stay alive, Evalyn must relive the events of the fateful day that has brought her here.Consumed by her own struggle, she never expects to make friends amongst her fellow inmates, let alone fall in love. But in this new and terrifying world, such allegiances are dangerous - because no one will escape unharmed.

Sarah grew up in the foothills of Yosemite, where she learned to fish, hike, and climb trees. She also had a soft spot for video games and fantasy novels, rounding her out to be perfectly equal parts of wilderness princess and super nerd.
Inspired by Carolyn Keene, Tolkien, and J.K.Rowling, she wanted to be a writer since she was eight. Her first attempted book was about twins who found a secret portal to another world in their basement. Between this creation and her first finished novel twelve years later, she dabbled in fanfiction and horror stories.
Sarah worked as a barista at Starbucks while studying at Fresno State, receiving her B.A. in English Education in 2010 and her M.F.A. in Creative Writing in 2013. She was lucky enough to score a TAship during graduate school and teach fiction for a semester.
Now, Sarah is working on the sequel to her new adult speculative thriller, THE WICKED WE HAVE DONE. She’s liberal, queer, Christian, and madly in love with her husband. Contrary to popular belief, it is possible to be all of these things at once.
Her works are represented by Kathleen Rushall of Marsal Lyon Literary Agency.