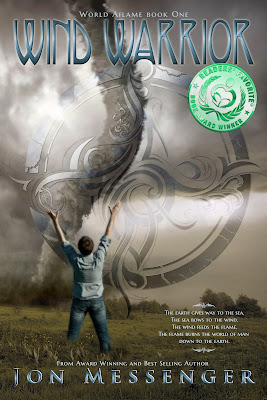 THE EARTH GIVES WAY TO THE SEA,
THE SEA BOWS BEFORE THE WIND,
THE WIND FEEDS THE FLAME,
THE FLAME BURNS THE WORLD OF MAN DOWN TO THE EARTH.

The sleepy town of White Halls harbors a dangerous secret. On a picturesque street, two houses down from a lovely little park, in a quaint little home with a wraparound porch, lives a family that seems rather normal. Sure, their twenty-year-old son, Xander, still lives at home, but he's going to college and dating the leader of the schools top sorority. It's all very... normal. However, when a man is miraculously saved from being hit by a bus, Xander's life turns in to the living embodiment of the tornadoes he can suddenly create with a flick of his wrist. Whether he wants this gift or not, Xander must learn to use his new 'super power' quickly if he wants to survive. For his kind is a dying race, and when this sleepy town has a sudden influx of new, blonde, fire wielders, no one is safe, especially Xander. It doesn't help that one of these blondes happens to be the most beautiful girl he has ever seen. Xander can't deny the instant connection he feels to her so, when she tries to kill him, it certainly makes things complicated.

CHECK OUT THE TRAILER:


CHECK OUT THE OTHER BOOKS IN 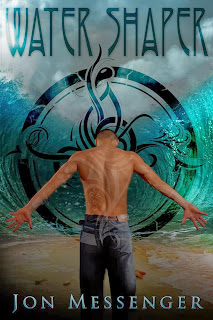 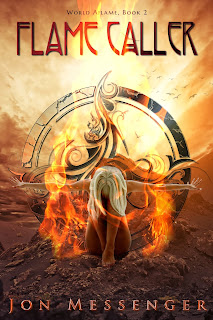 Xander stood in the center of the field. From the periphery, standing well away near the tree line that lined the edge of the field, Sean watched Xander stretch his arms out wide. Xander closed his eyes and tilted his head backward.

“Are you ready for this?” Xander called. “Whatever this is, sure, I’m ready.” Xander heard the musical whisper of the wind as it called to him. Like a snake through the safari, the wind slithered between the tall grasses, causing them to sway and dance in rhythm. The wind kicked up around him, pulling at his clothes and hair. As the wind increased, it buffeted him from side to side, nearly causing him to lose his balance.

The sensation was like magic to Xander. The energy of the wind caressed his skinlike an old lover. It enveloped him where he stood and seemed to pour through his open mouth, filling him with its energy. When he was satisfied with the demonstration, he exhaled, forcing the soothing winds from his lungs.

As quickly as the wind began, it died away, leaving Xander standing alone again in the middle of the field. He lowered his arms and turned excitedly toward Sean.

“Did you see it?” “See what?” Xander gestured behind him, and then turned in a tight circle. “The wind.”
“The wind,” Sean replied flatly.
“Did you see the wind blowing through the field? That was me.”
“You made a breeze? That’s what you’re telling me? That’s what was so important? Xander, I love you like a brother, but I break wind all the time without having to drag you out to a field to see me do it.”

Xander frowned at his friend’s disbelief. “Fine. I was going for a small demonstration but if you want big, we’ll do big.”

Xander returned to the center of the field and held his arms outstretched again. He closed his eyes but quickly opened one to peer at his friend. Sean leaned against the trunk of one of the trees, his arms crossed defensively in front of him. “You’re going to want to back up for this one.”

Sean turned around and looked behind him. “I’m already at the trees. I can’t go much further back.”

“You want me to hide behind a tree while you break wind again?”

“Will you just do it?” Xander said, exasperated. 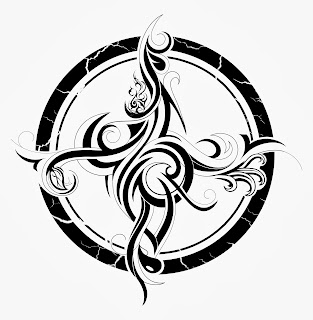 Tossing his hands in the air, Sean walked around to the backside of the tree he had been leaning against. “Is this good enough?”

“Thank you.” Xander assumed his position in the field once again, lifting his arms straight out from his side. “Come on, wind... spirit,” he whispered quietly enough that Sean wouldn’t hear him. “Let’s give him something memorable.”

Instead of slithering through the grass like it did last time, the wind pounced on Xander like a lion. It roared into the field and crashed into Xander. He staggered as the wind took up a dance around him. He quickly opened his eyes as a wall of wind formed around him, swirling like the birth of a tornado. The grass around him stood strangely still but the wind filled the rest of the field. Every exhaled breath came out of Xander’s mouth in a puff of smoke as the temperature plummeted around him.

As the wind swirled faster and faster, he saw cans and bottles emerging from the grass. Like puppets being controlled by a skillful marionette, the debris danced in the wind. It got caught up in the swirling madness and became part of the ever-expanding swirl of air.
Xander’s ears popped as the air pressure increased. He tried to call out for Sean, or even laugh at the excitement of the moment, but the maddening wind stole away his words as soon as they left his mouth. Instead, he tilted his head back and laughed silently into the swirling maelstrom.

The increased air pressure drew the heavier objects out of the tall weeds. A rusted hubcap emerged, followed by a dilapidated car radiator. They joined the rest of the debris in its swirl, spinning in increasingly fast circles as the whipping wind reached near gale- force strength.
The hubcap flew dangerously close to him as it spun past. It was gone from his peripheral vision as quickly as it had appeared. When it reappeared, it was quite a bit further away, nearly to the distant trees. Like a projectile shot out of a cannon, the hubcap slammed into one of the trees, embedding itself deeply into the coarse wood.

Startled, Xander broke his concentration. For a moment, the cans and bottles slowed their spin before hanging in the air. They collapsed onto the ground as the last of the magic dissipated from the air.

“Sean?” Xander called out, suddenly worried for his friend. If the hubcap had enough force to bury itself into the thick wood, he was worried about what any of the other smaller items would have done to his friend. “Sean!”

Xander sighed happily at the sight of his heavyset friend. “See, I told you hiding behind the tree was a good idea.”

“That was so freaking cool!” Sean yelled again as he bounded through the thick grass. He crashed into Xander, enveloping him in a bear hug. “How did you do that?”

10) I started writing my first novel in college.  It was a great storyline and a horrible execution.  I go back and read it every now and again to remind myself why I need to practice writing every day.  It was still a better love story than Twilight.

9) Speaking of college, I was a horrible college student.  It took me five years to get a four-year degree and my Army ROTC instructors informed me that I’d never last past my initial four-year commitment.  I’ve now been in the Army for 11 years and have been selected twice for prestigious Company Command positions.

8) The first time I had to run two miles for the Army physical fitness test, I failed.  I had 16 minutes to run the distance and it took me 21.  11 years later, I run Tough Mudders and marathons for fun.  I don’t know where I went so wrong in my life.

7) Despite playing soccer my entire life, I was always short and fat.  My freshman year of high school, I was 5’2” and weighed 210 lbs.  My sophomore year I hit a growth spurt and grew to 6’0”, which made 210 lbs not quite so round.

6) I naturally understate every problem I encounter.  My freshman year of college, I was driving on some backcountry roads on my way to visit my high school sweetheart.  I was driving too fast and lost control, careening into the woods.  After walking away from a horrific accident, I called my girlfriend and told her simply, “Can we reschedule?  I’m going to be a little late.”

5) Despite being an extrovert and having a degree in Public Relations, I actually greatly dislike people in large groups.  Or small groups.  Or people.

4) I should have been a pirate.  I had a lazy eye growing up and had to wear an eye patch for a year to correct the problem.  It was the easiest Halloween costume I’ve ever put together.

3) My father worked for the American Embassy system and I didn’t come to the US until middle school.  We moved from Tokyo, Japan to Smiths Gtove, KY.  I didn’t understand Southern slang and was pretty sure “over yonder” was actually a town, since everything I asked for was “over yonder”.

2) I have an eight-inch scar on my leg from where I was stabbed by a ninja.  I can’t actually confirm it was a ninja, but I was living in Japan at the time and if I could prove it, he wouldn’t have been a very good ninja.

1) I’m a Japanese pop star.  As a child, I stared in an English instruction video for Japanese student where I sang songs on stage.  Coincidentally, copies of that video have all been destroyed to protect the innocent.

Jon Messenger (Born 1979 in London, England) serves as an United States Army Major in the Medical Service Corps. Since graduating from the University of Southern California in 2002, writing Science Fiction has remained his passion, a passion that has continued through two deployments to Iraq, a humanitarian relief mission to Haiti, and an upcoming deployment to Afghanistan. Jon wrote the "Brink of Distinction" trilogy, of which "Burden of Sisyphus" is the first book, while serving a 16-month deployment in Baghdad, Iraq.