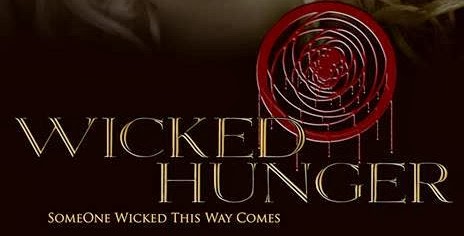 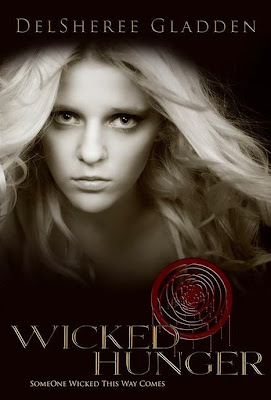 Vanessa and Zander Roth are good at lying. Their whole life is a giant web of deceit made in an effort to conceal the deadly secrets that plague their family.

Zander will do anything to forget his mistakes, including pushing everyone away. He was barely surviving in his self-forced solitude before Ivy Guerra entered his life. The new girl in school, with her pink-striped hair and unyielding curiosity, incites something wicked inside Zander that can only be blamed on his family genes. Now Zander is forced to fight an internal war and make a choice between loving Ivy Guerra and killing her.

Vanessa wants nothing more than to shed the strange powers she wields and be normal. Because if Van were normal, she’d be able to have normal things… Like a relationship with the boy she’s been secretly in love with for years. Unfortunately, her life is anything but ordinary. That boy who owns her heart just happens to be her brother’s kryptonite and a


potential liability for her entire family. When choices between love and family loyalty have to be made, Van finds herself faced with an impossible decision.

As if the Roth family needs anything more to worry about, a vicious plot to expose Van and Zander for what they are is uncovered. When it becomes apparent that someone close to them is at the center of this devious plan, the fight to maintain control and keep their cover ensues. It's a seemingly impossible battle because something is causing their powers to stir stronger than ever before… and it won’t stop until Van and Zander give in to their wicked hunger.

Wicked Hunger is the first book in the all-new paranormal series, Someone Wicked This Way Comes.

Teenage siblings with a dark secret find their lives complicated by the arrival of a mysterious girl.

Zander and Van are tougher and heal faster than ordinary teenagers. However, the price is a terrible, mysterious hunger—a bloodlust that becomes intensified by specific individuals. Younger Van does her best to suppress it so she can have friends and a normal life; Zander instead keeps everyone at arm’s length and warns Van that once her 16th birthday hits and her powers reach full strength, she should do so as well. Ivy, a new girl—cousin to one of Van’s friends—puts everything at risk. Both Zander and Van hunger to hurt her, but Zander falls for her in a push-pull love story reminiscent of Twilight, right down to Zander’s sneaking into Ivy’s room to watch her sleep. Van, however—when she’s not busy with a love triangle of her own, with a mysterious boy she’s just met and her trusty best friend, Ketchup—is suspicious that certain things don’t add up with Ivy. The conclusion, made strong by unraveling secrets and formula-shattering twists, sets up a sequel.

The pairing of a formulaic start and formula-breaking ending makes the book ideal for paranormal-romance readers seeking a new spin on the familiar. (Paranormal romance. 13-17) 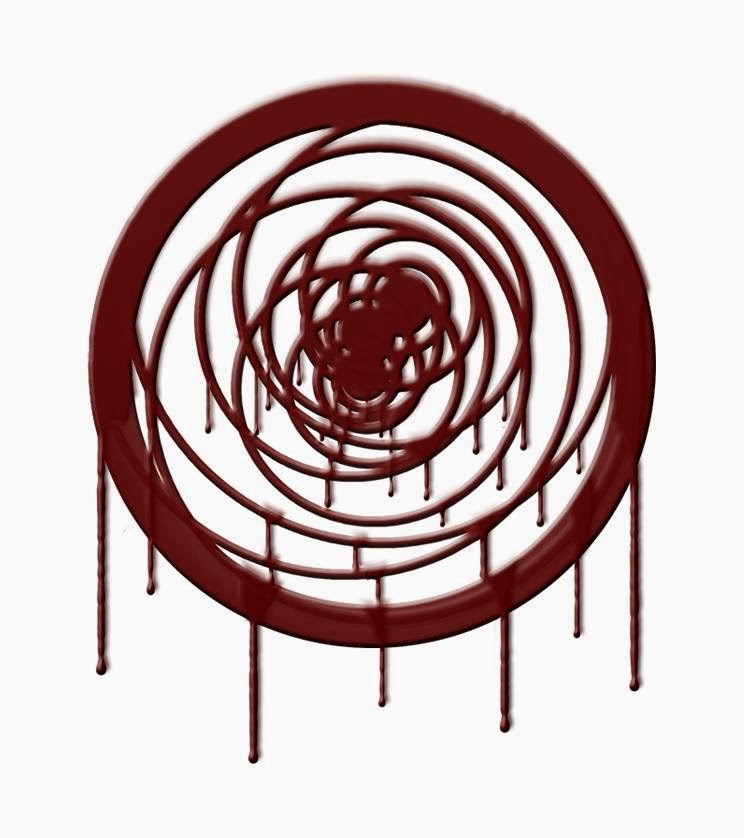 “Oscar,” I snap. His mouth stops blabbering and he looks up at me. “I need to know if Zander’s in trouble.”

“Trouble,” Oscar says. He nods deeply. “Tell me everything.”

I force myself not to look over at Ketchup once during my explanation. I hadn’t been planning on letting him in on the secrets of our family right now, or any time, to be perfectly honest, but what else was I going to do. There was no chance I was going to ask him to step out. Not only would that be incredibly unfair after I forced him to bring me here, but also, as much as I love Oscar, I do not want to be left alone with him. My mouth spills out the details of Ivy and Zander’s bizarre relationship as I pretend Ketchup isn’t listening to a word of it. I tell him about our hunger reactions, my suspicions, Zander’s love, his likely confession, and his slip that Ivy was somehow going to help him.

At that last part, Oscar’s entire body goes rigid. His eyes latch onto me like a barbed dart, painful and difficult to be free of. “She thinks she can help him?” Oscar says. “She won’t. She won’t help him. She doesn’t really want to. Ivy, Ivy. Ivy is lying. Ivy Guerra. I don’t like her name. Vines and War, that’s what her name means. She will wrap herself around Zander and strangle the life out of him, start a war that none of us can win. Ivy Guerra can’t be trusted.”

“I…what? Her name means war? What are you talking about?”

Oscar tsks at me, one finger of his bound hand bobbing up and down. “I told you to keep up with your Spanish, Van. It’s always useful to know languages. Shows you things that others miss. Guerra means war. Ivy is here to start a war.”

“How could you possibly know that?” Not that I disagree with him, but he’s actually crazy. I suspect Ivy is trouble because of what I’ve seen. I want to stop her, but I’m not going to launch a full out campaign against her on the word of my murdering, psychotic brother.

The dull thud of Oscar’s head hitting the metal table startles me. I look down at him. Panic creeps under my skin. Is this the end of his lucidity? It can’t be. I have more questions still. “Oscar. Oscar! How do you know Ivy is here to start a war? You have to tell me or Zander might get hurt.”

“Oh, Zander will get hurt.” The muffled slur of his words makes them even more ominous. “That girl is no good. If you want to save Zander, you have to stop her, but he’ll still get hurt. Save him and hurt him, don’t save him and hurt him. Pain, either way. Delicious pain. Hunger will be the only one that wins. Hunger always wins.”

My fingernails are digging into Ketchup’s skin. Pain ripples around his wrist, but I pay it no mind. All my focus is on Oscar. “How do you know about any of this, Oscar?”

“Oscar,” I whisper, his words making more sense to me than I wish they would. He made them pay. They didn’t want him to know. He made them pay. My shaking rattles the uneven legs of my chair against the floor, a skittering noise that fries the last of my barriers. I ask my last, most frightening question. “Oscar, why did you kill Mom and Dad?”

Stress Relief…Godling Style
Everyone gets stressed out on occasion, but Vanessa and Zander Roth may have a few more reasons than most to need a way to vent. Losing their parents was the beginning of their world unraveling. Ivy’s arrival only compounded the problems they already had. David showing up with his own agenda and a heaping serving of cruelty was the bitter cherry on top of an already hopeless situation.
The problem underlying everything else is their hunger. It’s not blood they crave, just suffering. They feed off of other’s pain and misery to stay sane, but feeding only makes things worse, pushing them to cause more pain. Keeping control is a daily battle, one that needs an outlet.
Both Van and Zander desperately need a way to vent their excess hunger, but their approaches couldn’t be more different.
Despite the fact that Van’s hunger craves chaos, she keeps it in check with her love for dance. Anyone who thinks ballerinas are dainty and fragile has never had to deal with the physical exhaustion, mental drain, blisters, and split toenails that accompany absolute passion for dance. Van drinks it all in willingly, feeding her hunger while bending it into submission…most of the time. Having a temper to match her hunger occasionally makes things difficult. Her disciplinary record at school really doesn’t tell the whole story, though. Those last couple of incidents were totally deserved.
People who know Zander and Van would say they are polar opposites. His perpetual calm and focused control over every aspect of his life makes him a model student. Being the star of the football and basketball teams sells the lie even more. Zander is the only one who knows the truth. His control isn’t perfect, far from it in fact. He plays sports not to help his team, but to keep his hunger under control. Football masks his desire to cause pain as physical talent. A solitary life hides the fact that everyone he gets close to ends up hurt, or worse.
Keeping their hunger in check has always been a tenuous thing, but Ivy showing up at school like a glowing torch to attract their hunger makes it nearly impossible. The standard methods just don’t cut it anymore.
Van knows the rules, but she’s never been very good at keeping them. When temptation to break the rules for a slim chance at gaining more control over her hunger comes up, resisting it’s lure is impossible. Zander’s all about rules…except where Ivy is concerned. She breaks down every barrier and pushes him toward a dangerous edge. If they can’t find a way to keep their hunger in check, it may very well cost them their lives.


If you have a suggestion…let Van and Zander know in the comments. Time is running out for them. 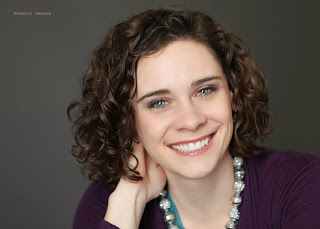 DelSheree Gladden lives in New Mexico with her husband and two children. The Southwest is a big influence in her writing because of its culture, beauty, and mythology. Local folk lore is strongly rooted in her writing, particularly ideas of prophecy, destiny, and talents born from natural abilities. When she is not writing, DelSheree is usually reading, painting, sewing, or working as a Dental Hygienist. Her works include Escaping Fate, Twin Souls Saga, The Destroyer Trilogy, and Invisible. The first book in the Someone Wicked This Way Comes series, Wicked Hunger, is scheduled to be released through Clean Teen Publishing on April 1, 2014.