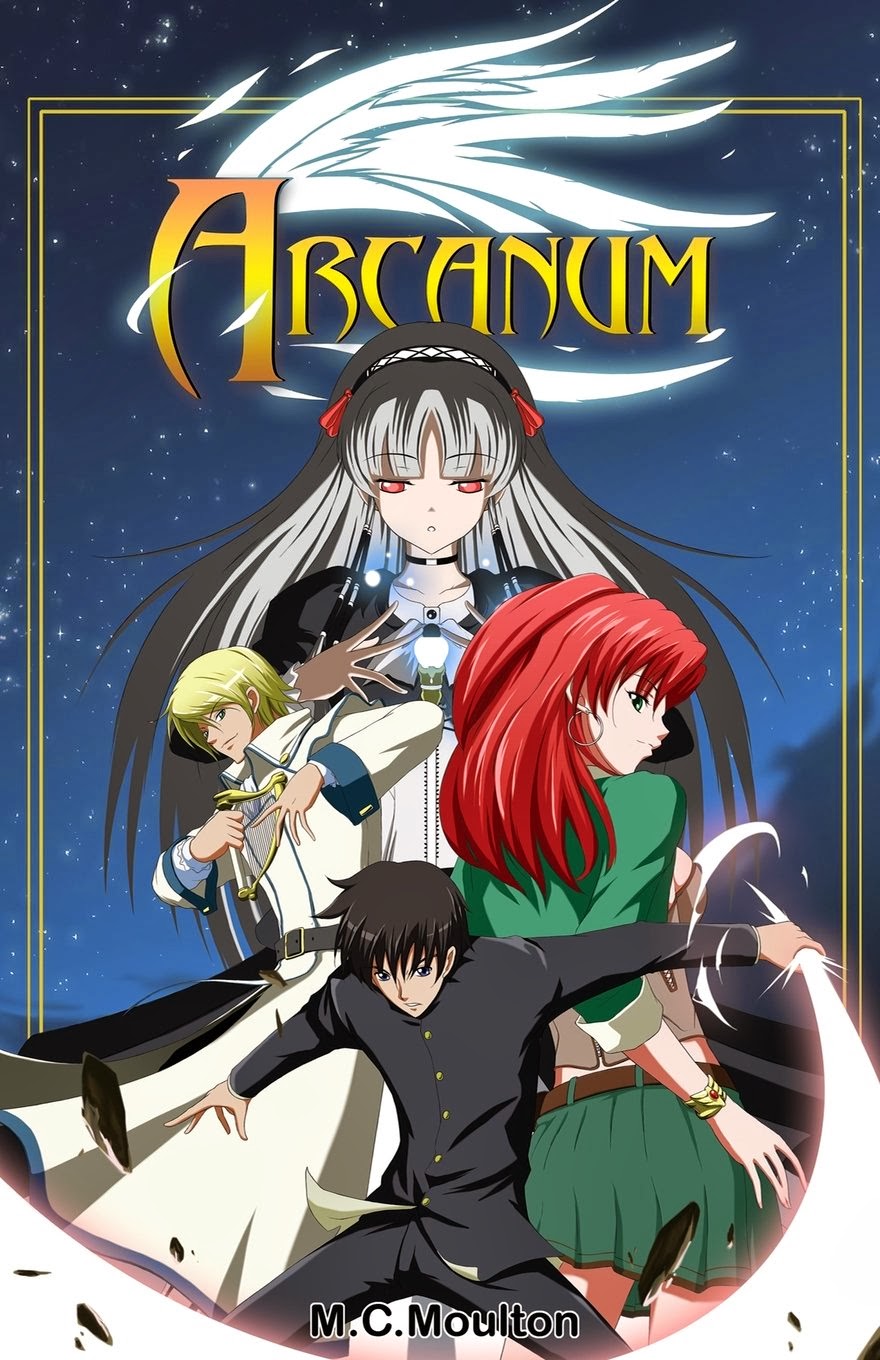 Between fighting a race of magic-wielding winged monsters, scaling Krakens, blinding Cyclops, running from Sirens, and being abducted by pirates it’s all Arc Arcanum can do to keep his head on straight; literally. After losing the only home he’s ever known, and with nowhere else to turn, Arc enlists with the Human Liberation Front to help fight against a ruthless species known as the Winged Ones and stop them from unleashing a world-wide human holocaust. He quickly finds that he may have bitten off more than he can chew when he’s tasked (completely by accident) with escorting humanity’s last hope, a red-eyed android named Celeste, across the sea to one of the few remaining human safe havens. To make matters worse he’s accompanied by two fellow cadets: the feisty vixen Rose and the polyamorous playboy Prince, both of whom seem entirely set on making sure nothing goes as planned. It’s a magical journey that proves blood isn’t the only bond that makes a family.

What people are saying...

"If I could review this book in only one word: FANTASTIC. This book was truly a pleasure to read. The story is easy to understand at the beginning, but it is obvious that the author has many plans for his characters in the future. The characters are also well thought out, and definitely likeable. It seems as if the main characters are different aspects of the author's personality, and it shows. I also thoroughly enjoyed the book's numerous references to pop culture, as well as other things that have clearly influenced the author. The main weapon in this book, called a "sworb", is a unique weapon that I personally think has a lot of potential. But really, what is a novel worth without a good story? I was pleasantly surprised by how natural the story expanded throughout the adventure. I sincerely hope that this book has many sequels, as I am compelled to buy each and every book this author churns out. Don't miss this book!"

M. C. Moulton is currently living in Kansas and trying desperately not to be swept away by a tornado to a magical land of munchkins. In his off time he's lazily at work on the Arcanum sequels or playing way too many video games. Oh yeah and he's awesome.

So you might be asking yourself what the point of a post is when the title states, quite literally, you shouldn't  listen to it. Let me sum it up short and sweet for you:

Not all advice is good

There, I said it. I know, I sound like a dick, but let’s be honest, it’s a subject that needs to be addressed and rarely, if ever, is.

When it comes to the art of writing there is an almost limitless amount of advice, blogs, columns, articles, books, etc. on the subject. Everyone thinks they’re an expert.

I was at a small convention once where the kind gentlemen who was selling his book next to me spent the better part of two hours explaining to me how I was marketing my book all wrong, what he did, and why I should be doing it like him (why he was explaining this to me I have no idea, he was kind of a wacko). By the end of the day he had sold a whopping, you guessed it, zero copies. He then explained to me that this wasn’t the first time it had happened to him and he just couldn't figure out why.

Now don’t get me wrong, I understand he had the best of intentions and I feel bad for him, I really do, but at the end of the day he just didn’t know what he was talking about.

So what’s the point of all this then?

The point is that when you seek advice or helpful tips on writing, or anything in life, you have to learn to take it all with a grain of salt. Not all bad advice is as clear cut and obvious as the example above. Occasionally bad advice dons wolf’s clothing and masquerades as excellent advice which can get you into a lot of trouble. Not only can one piece of bad advice ruin a story, how many books you sell, or your chances of getting published, it could ruin your entire career.

It sounds obvious; don’t take bad advice, but we all know someone who believes everything they read or hear (whether it’s a gullible friend or your sweet grandmamma). Don’t let it happen to you. Don’t be “that guy”.

When the flood of advice hits from all angles, whether you sought it out or not, be wary of where and who it is coming from. Credentials and credibility are important whether it’s “How to write a query to a publisher” or “How to develop an interesting plot”.

So next time one of your “relatives” from “” dies and makes you a billionaire if only you’ll send them your bank account, think twice mmmkay?

If you would like to enter to win an eCopy of Arcanum all you have to do is comment below and Ill pick some winners in a few day.