Welcome to my stop on the Avian by Nicole Conway tour! I've reviewed book one HERE and my review of book 2 is below. Follow the tour HERE and see some awesome excerpts, interviews, guest posts and reviews!! 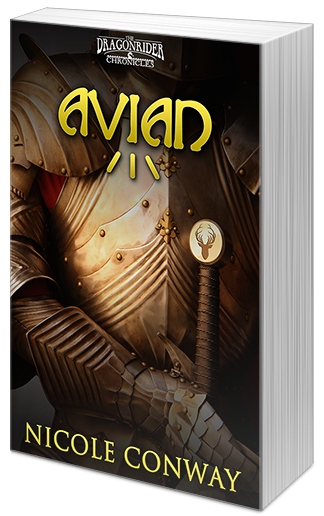 What kind of power is lurking inside him?

After a year of training to become a dragonrider, Jaevid Broadfeather has been sent home to rest during a three-month interlude. But when he returns to find the king drake has chosen Beckah Derrick as his new rider, Jaevid realizes something big is about to happen. Every fiber of his being is pushed to the breaking point as Jaevid battles through his avian year, preparing for the final graduation test of the battle scenario. But there is more standing in his way than a few pushups and fancy sword moves.

Jaevid must face a new fear as he is tormented by a gruesome nightmare of a mysterious gray elf warrior murdering the royal family of Maldobar. It seems obvious to him that this is some kind of message about how the war started long ago—until Felix assures him the king is very much alive. With his strange powers growing stronger by the day, and that violent dream replaying in his mind every night, Jaevid no longer wonders if he will pass his avian year or not . . . he wonders if he will even survive it.

The truth will soon be set loose. 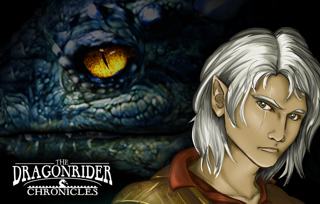 When Jae returns home for his break, he knows he wont get a warm welcome but he never expected that they just up and left the place without telling him! All he is left with is a letter from his step brother and a small few bits of furniture. During his 3 months there he receives a letter from Beckah asking him to come to her. He takes Mavrik and leaves.

Once there he realises that the king drake they were nearly attacked by has chosen Beckah as his rider, but girls cant be riders so what is she to do? Also while there Beckahs mum gets into trouble with her pregnancy and Sile tells Jaevid that he is the only one who can save her, he just needs to use his gifts. How does Sile know more about Jae then Jae does?

So many questions and to top it off Jaevid is suffering the same nightmare night after night and he is an Avian this year!! He is tested both mentally and physically at Blybrig academy and it takes everything he has just to survive. With his new found abilities Jaevid is pushed to the brink but will he be able to come back or is his elf side too much?

Jaevid is back and better than ever!! I loved this installment of the Dragonrider Chronicles!!

Jaevid really grows in this book, both mentally and physically. After helping Siles wife he gets a growth spurt and new abilities. Its both a blessing and a curse because he needs to figure out his abilities but because he is now an Avian, his time is spent training. Plus a new trainer seems intent on picking on Jae. Poor Jae still has all the hassle of being a halfbreed but he is so much more content in himself in this book and I loved that about him.

Again Felix adds some much needed comic relief. I love his character and I love his friendship with Jaevid. He is struggling with his own problems but he always has Jaevids back. I really loved the fact that all the characters have developed more than they did in the first book. You connect more with them.

Plot wise, Avian was awesome. It was everything book one was and more. We see more action, more adventure, more dragons and even a little romance!! The dreams Jae had were really intriguing and I loved how it all came together in the end. I had my suspicions of who the soldier was but I was wrong!!! We are left with a lot of questions though, whats with the chaos? Who is the grey Elf? What is the place the dragons told Jae about? Then the ending had me hoping for book 3. I need it now ;)

Anyway, overall Avian was fantastic. Action packed, adventurous and magical, Avian was an incredible second book. I flew through it and am eagerly (and impatiently) awaiting book 3. From the captivating atmosphere to the magical creatures and from the intriguing elves to the lovable characters, Avian is a must read. I fell in love with the world the author has created and cant wait to jump back into it and see what else she has in store for Beckah, Felix and Jaevid!

Originally from a small town in North Alabama, Nicole moves frequently due to her husband’s career as a pilot for the United States Air Force. She received a B.A. in English with a concentration in Classics from Auburn University, and will soon attend graduate school.

She has previously worked as a freelance and graphic artist for promotional companies, but has now embraced writing as a full-time occupation.