Channel 20Something by Amy Patrick Book Blitz and Interview! 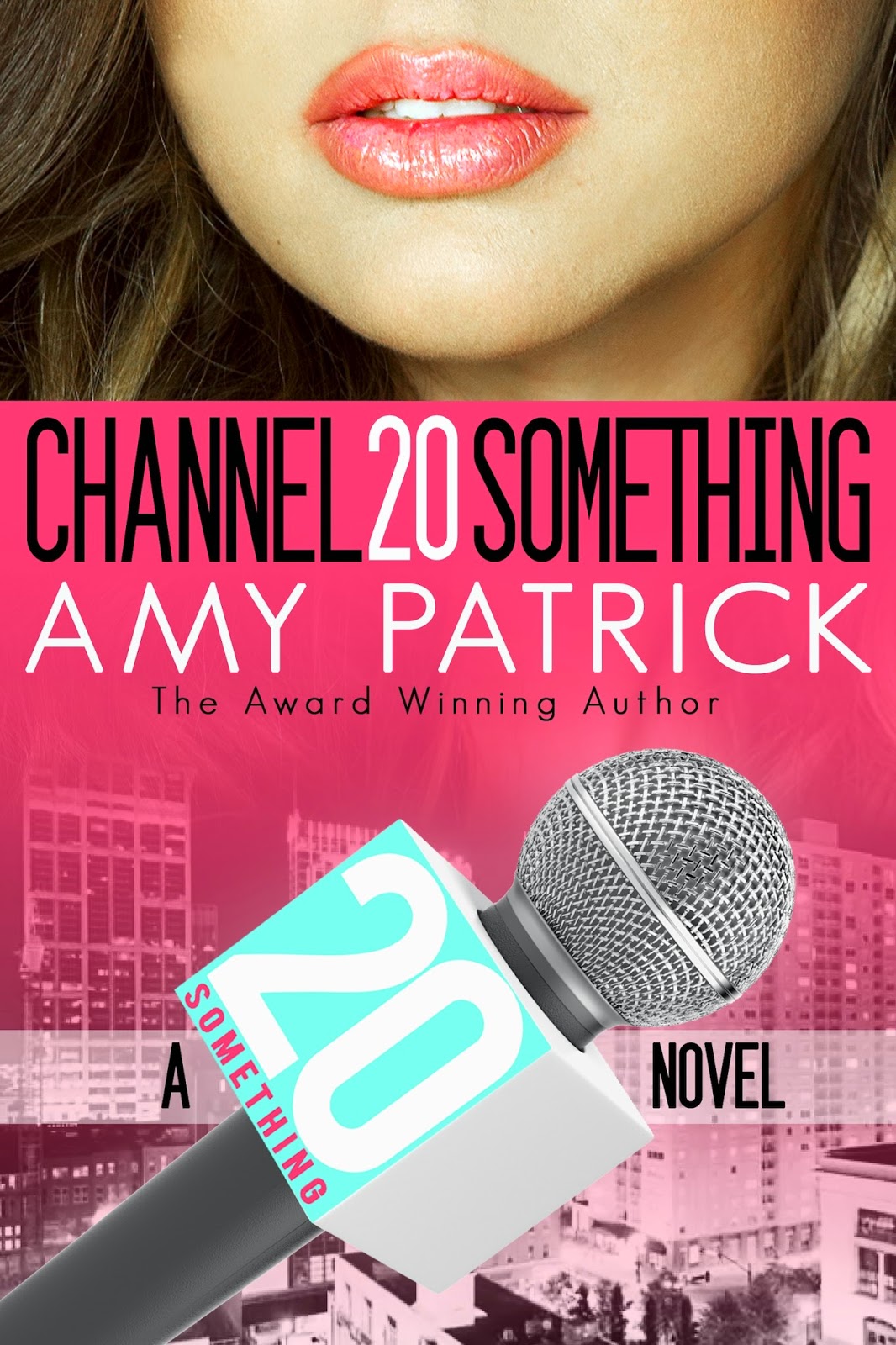 From award-winning author and two-time GOLDEN HEART® finalist Amy Patrick comes a New Adult contemporary series about twenty-somethings entering the world of TV broadcasting, where what happens behind the scenes is the real news.

22-year-old Heidi Haynes is almost one year into her “real life”. She has her first reporting job, her first apartment, and a comfortable relationship with her college sweetheart. But for some reason she’s not as eager to talk about walking down the aisle as he is.

Heidi secretly longs for big cities, big-market breaking news, and real independence from her way-too-close-by helicopter parents. Problem is, the last time she left the security of home for new places and new people, things didn’t go so well. Disastrously, in fact, and she came running back to a local college and a “safe” boyfriend.

Aric Serrano is definitely not safe.

He’s six-feet-four-inches of missing-Hemsworth-brother-hotness and plans to stay in small-market-Southern-Hell just long enough to grab a cup of coffee and put together a kick-ass “escape tape”. He’ll serve his one-year contract, then he’s taking off for a higher rung on the TV sports ladder—alone—the way he likes it. Then he meets his new co-anchor.

Heidi would be so much more comfortable if she could simply ignore Aric. He’s just her type—the type she’s so careful to avoid these days. But that becomes impossible when she's forced to work closely with him on the weekend newscast. Now the attraction between them is growing even faster than the ratings, and what happens behind the scenes is the real news.

How long have you been writing? I started trying to write a novel during my first year out of college, but stalled out a few chapters into it. I had no idea how to write a novel! Unfortunately, I took only Journalism courses and NO creative writing in school. I know—what was I thinking, right? I guess I just never thought a fiction writer was something I could be. But the writing bug wouldn’t leave me alone. I started several more novels over the years. Finally, after leaving my full-time TV news career, I started learning the craft of novel-writing. I finished my first novel in 2010 and started pursuing publication then. I started writing on a more-or-less full-time basis about a year ago.

Is CHANNEL 20 SOMETHING your first book, or have you written anything else? CHANNEL 20 SOMETHING was actually my 3rd book, though it’s the first to be published. The first one I wrote was a Young Adult fantasy (with lots of romance). It was a finalist for the RWA Golden Heart award in 2013. My Young Adult murder mystery (with lots of romance) FOUR BULLETS, is now out on submission to publishers. It was a Golden Heart finalist this year! Since finishing CHANNEL 20 SOMETHING, I’ve also written two more books in the 20 SOMETHING series. Book 2, STILL YOURS, is Mara’s story and takes place in Providence and Newport, Rhode Island. Book 3, Kenley’s story, STILL ME, takes place in Atlanta where Kenley lands a job at the network.

When do you like to write, and where do you write? I wish I was one of those super-focused people who can write anywhere anytime, but I’m the world’s worst multi-tasker. I can edit at home, but for first drafts, I banish myself to the library. There’s a particular chair in a particular corner—in the far back, facing a boring wall. No internet access. No temptation. I sit down and the words flow. They know they’re supposed to turn on when I get to my hidey-hole.

Do you have any advice for someone who wants to write a book and become published? I’ve seen the statistic that 90% of people want to write a book and only 10% actually do. I think lack of know-how stops most people. So my advice would be to join a great writer’s group like RWA (Romance Writers of America) and a local chapter. It’s such a great resource for information on good writing as well as for support. Having writer friends to trade work with made an incredible difference for me. I also enjoyed writing more and had more success when I got a firm grasp on story structure. I loved the book Save the Cat by Blake Snyder for that. It’s very accessible and clear, besides being funny and enjoyable. When I read it, a lightbulb went off for me.

What’s one crazy fact about you that most people who meet you probably wouldn’t guess was true? I used to be a professional singer. I’ve sung in several bands and did background vocals on a smooth jazz album. I also sang the theme song for SAS Airlines years ago. “Welcome aboard… to the skies… of S-A-S… where you’ll find… happiness.”

Thank you so much for having me here today. I’ve had a great time, and it’s an honor to be featured on your blog!

AUTHOR BIO
Amy is a two-time Golden Heart finalist (2013 and 2014) who writes Young Adult fiction as Amy DeLuca and New Adult romance as Amy Patrick.  She lives in Rhode Island with her husband and two sons and actually craves the heat and humidity of Mississippi, where she grew up. She's been a professional singer and news anchor and currently narrates audio books as well as working as a station host for a Boston TV station.