A Vault of Sins by Sarah Harian Book Blitz and Giveaway! 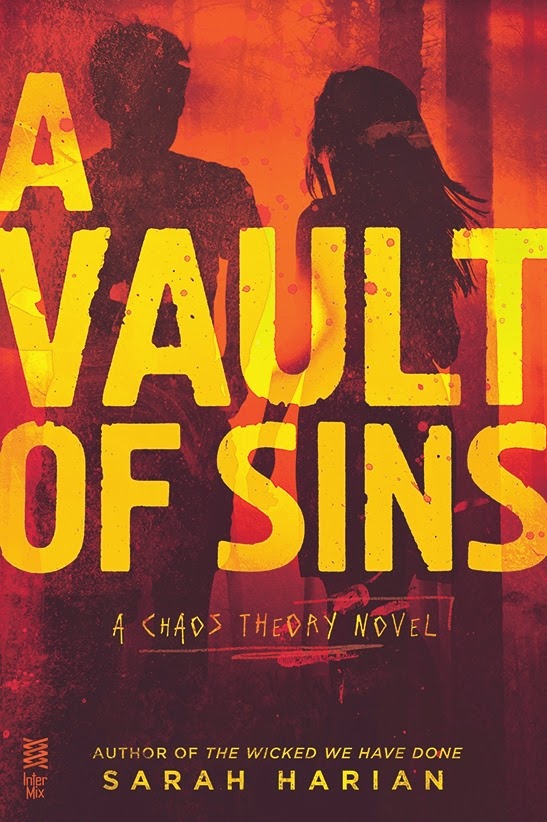 
In her stunning New Adult debut, The Wicked We Have Done, Sarah Harian introduced readers to the Compass Room: a twisted experimental jail where the guilty and the innocent suffer alike. But breaking out was only the beginning…

Even though she’s escaped, twenty-two-year-old Evalyn Ibarra is anything but free. She’s desperate to return to a life that no longer exists, but prying reporters continually draw her back into nightmarish memories, using the tabloids to vilify her. Bad press is the last thing she needs during the trial of the year: the case that she and her fellow survivors staked against the Compass Room engineers. A case that could terminate the use of the inhumane system forever…
But in her dreams, she is still locked in that terrifying jail.
When she wakes, someone is trying to communicate with her in secret, through strange and intricate clues. As Evalyn follows their signs, she uncovers a conspiracy that goes so much deeper than her own ordeal. A dangerous intrigue that only she can bring to light. One that will force her to work with the one person she doesn’t want to see.
The person who owns her heart…


Time is a luxury I didn’t acknowledge until recently.
“Wait,” I repeat.
His eyelashes flutter against me as he blinks. I count, forcing myself to wait a full minute before our lips meet. His tongue coaxes me open, hands fisting the back of my shirt.
I unwrap him, fingers fumbling on every button of his coat. He shrugs it off, and my hands roam from his collar to his belt, sliding beneath his shirt to risen scars. Familiar territory.
“Fuck the media. Fuck everyone. I can’t live like this.” He flips me onto my back and slides on top of me, even though I know he’s hurting. “I can’t keep ignoring you. I can’t keep pretending I don’t give a shit about your life when half the country would kill you if they had the chance.”
“It’s too dangerous.” The second the sentence leaves my mouth, I know it will never persuade him. Hand cupping the back of my neck, he says, “I’d take a bullet for you.”
“Don’t you ever say that again,” I threaten.
He rolls his eyes. “Regardless, we’re fucked anyway, Ev.”
No, I want to say. I’m fucked. And it’s the truth. Before we entered the Compass Room, we signed a contract that said we could be retried for our original crimes. Casey’s lawyer is fantastic. His sentence will be minimal.
Me on the other hand—no further evidence has been found unearthing what really happened the day of the shooting; it’s a closed case. If I’m lucky, I’ll be sentenced to life in prison.
I don’t remind Casey of this. It isn’t just his hip that pains and slows him. I see the shape of his soul in his eyes and the lines of his face. And I want him, as selfish as that is. While I deserve all of this self-loathing, being with Casey reminds me that I’m capable of other emotions too.
I nod. “Then we’ll make something work.”
His smile reaches his eyes, skin crinkling around his lashes. He leans in, and our kiss is slow. His sweeping tongue savors me, and the feeling borders between euphoria and pure torture.
My fingers fumble with his belt buckle until he stops me.
“Not tonight.”
I gape at him, but before I can argue, he cuts me off. “Evalyn, I have three more hours before the sun comes up and all I want to do is stare at you. Let me.”
I relax in defeat and touch my forehead to his. His eyes search mine and I want to ask what he’s looking for, but the question would be too much of an interruption.
So for three hours, we say nothing. His fingers comb through my hair as I think of our confessions of love in the Compass Room, wondering if they were contrived by circumstance—by desperation. Maybe they were and maybe I don’t care. Casey makes me feel human. It’s different with Mom, and even with Liam in the brief moments I’ve seen him since I escaped. In the same breath they say they believe me, they also want to forget, hoping I’ll reboot and begin again.
Casey knows better. He knows it’s more complicated than starting over.
At five in the morning, we call our cars and leave our shitty Missouri hotel. I shut the door behind me, and beneath the eaves, he leans in and kisses me on the cheek.


As he limps toward his car, I realize we haven’t exchanged a word in three hours. And those three hours were exactly how they should have been. 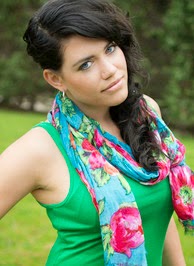 AUTHOR BIO
Sarah Harian grew up in the foothills of Yosemite and received her B.A. and M.F.A. from Fresno State University. When not writing, she is usually hiking some mountain or another in the Sierras, playing video games with her husband, or rough-housing with her dog.


Blitz-wide giveaway
Prize: Eight winners will receive their choice of one of the following New Adult Scifi/Fantasy ebook titles (INTL):

DARK SACRIFICE, DARK PARADISE, or DARK REDEMPTION by Angie Sandro
CARRIER by Anne Tibbets
THE STAR THIEF or ATHENA'S ASHES by Jamie Grey
THE WORLD WITHOUT A FUTURE or THE HORDE WITHOUT END by Nazarea Andrews
KING HALL or KING CAVE by Scarlett Dawn