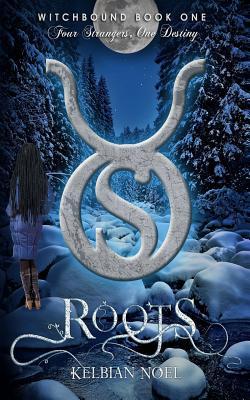 I don’t consider myself a witch, that’s my parents’ thing. I’ve never really believed in magic either. Sure, I tried it a few times. Fell for the whole ‘magic happens’ thing. But it didn’t happen to me. No amount of rhyming stopped my parents from moving me halfway across the country. Not one spell stopped me from being labelled the town freak.

And worst of all, no matter how many times I begged the Universe to bring my twin back, I was ignored. Until now.
He’s back all right. And in a magical bind of his own. Not the magic-won’t-work-for-me kind either. In fact, it’s working a little too well. Too dark. Too deep.
It turns out our entire family’s magical roots run just as deep and my brother didn’t end up where he is by accident. So I’m going to help him. But magic isn’t really on my side. Nope. Once I finally get the craft under control, I’m expected to abandon the one person in the world who’s closest to me, just to save myself.

Extract from Chapter Three
A quick, strong breeze blasts through the room, suffocating me, Eyes squeezed shut, I shield my face with my free arm.
“The company you keep, the shoes on your feet.” My eyes fly open as the familiar voice fills the room.
“Do you recognize the spirit?” Joslin squeezes my hand. “She’s speaking to you. Maybe it’s your grandmother.”
Is she serious? “Let go of my hand, I don’t want to do this anymore.”
“Not yet. Talk to her. Say something.”
“Let go!” I yank my hand away.
Joslin’s fiery eyes fly open. “No!”
I step back, ready to make a run for it, but a loud shriek freezes me I place. My arms fly to my head, as it continues, practically splitting the air in half.
When it finally stops, I’m hesitant to look up, positive the entire room is ready to ring my neck. But every single person, except Joslin and Brooklyn, is in the same terrified stance.
“What was that?” Margo’s eyes bug out of her head as she scampers across the room to turn on the lights.
“S-screaming,” I reply, voice trembling.
“I think she was trying to tell you something.” Wheeler focuses on me and the others nod in agreement.
Are they kidding? That was nothing but a scream. My ears are probably bleeding.
“She said ‘leave,” Nate says and the entire room falls silent.
My gaze flits around. “Y-you mean me?”
“Somebody does.” Joslin’s tome is ice as she stands to her feet and stomps towards the door.
I reach out for Brooklyn, but he brushes past me, hurrying after her.
“I’m sorry,” I call after him. “I didn’t know.”

Summary
Baltimore is now seventeen and she has always been surrounded by magic. Her grandmother and her parents were practising witches and were even a part of a coven. Baltimore, however has never truly believed it ever existed and hates how it has made her somewhat of an outcast within the community.

After her twin brother left years earlier, Baltimore moves to a small town with her parents. People look at her and treat her differently as her family are witches. Only thing is, Baltimore doesn’t believe in it at all.

A school trip is planned to visit a University and as far as her parents are aware, Baltimore is heading there with her school and best friend, and as far as her school knows, she didn’t get permission to go from her mum and dad while they are attending there coven. Of course, the only one Baltimore trusts with where she is really going is Bridgett, her BFF.
Now that Baltimore has found her twin brother Brooklyn after two years she is secretly going to see him. She can’t tell her parents as they will make Brooklyn return home, but he ran due to him feeling ‘smothered’ by them.

When Baltimore arrives at the meeting place, Brooklyn turns up in a car and surprises her but taking her to a beautiful home which reminds her of her grandmother. [Their grandmother died years earlier and when they were younger she used to tell them stories of the ‘Elementals’ – a powerful group of four witches and how there were evil (‘Tainted’) witches out to gain back the full power they feel they deserve, by destroying the ‘Elementals’. ]

On arriving at Brooklyn’s home, she meets his roommates and his girlfriend Joslin, Margo, Tarik, Stone, Wheeler and the ‘resident hunk’ Nate.

Baltimore soon realises that her twin has changed. He now believes in witchcraft and is actively practicing with his roommates as a coven, led by Brooklyn’s girlfriend, Joslin.

On Baltimore’s arrival, the group rope her in to taking part in a séance, where a sudden scream rings out warning Baltimore to run, but thinking it is her twin playing a joke, she stays, only for things to go wrong very quickly.

Follow Baltimore’s journey into the world of witchcraft. Within a few days her world is turned upside down. How is she going to save the ones she loves? And how does she actually fit in this ‘witch’ world?

Ailsas Views
Overall, I was very pleased with this book. The story was great and gripping although it did take a little while to get into (personally I found the first chapter just kind of started rather abruptly) but once I got further into the book, I found it fairly hard to put down.

Although the beginning was difficult to get in to, it is definitely worth sticking with as you will not be disappointed.

The heroine of the story is Baltimore. Following other YA stories I have read. Baltimore is not the typical heroine that you would normally find in a story, which makes a fantastic change and is probably why I enjoyed this so much.

Kelbian Noel was able to grip readers almost from the onset and the way the story is told; the characters and the plot, I can honestly say this is going to be a must read series in YA Paranormal/Fantasy genre.

The in-depth detail in the subject of Magic was surprisingly fascinating and although it is not a subject I am particularly knowledgeable on, it is clear that Noel did a lot of research to be able to make this series what it is.

If you are looking for a fast-paced, action packed story, then this is the one for you. With various twists and turns and a lot of family secrets, you will be surprised what you will learn along with the main characters in this series.

If you are a paranormal/fantasy fan, then this is a series for you. Fans of Charmed, Willow from Buffy, then you are in for a treat with ‘Witchbound’.


Although I loved this story, I give this book 4.5 out of 5. I would have given ‘Roots’ full marks if it wasn’t for the disappointing beginning.  This is available for download now from Amazon.