The Book Of Pheonix by Kristie Cook Blog Tour and Excerpt!

Have you heard of Kristie Cook's New Adult paranormal trilogy, The Book of Phoenix? It's about souls that have been ripped in half by an evil ruler of the Dark worlds, and they must find each other and reunite to prevent that Dark force from destroying all of Earth's souls. Trust me - you've never read anything like this.

It's a great time to check it out. The Space Between, Part One, is FREE on all ebook platforms. The Space Beyond, Part Two, is on sale through 9/6 for only 99c. And the final installment, The Space Within, is only $4.99. That's an entire trilogy for only $6. OR, get The Space Beyond as part of the Curses, Fates & Soul Mates: 5 Paranormal New Adult Novels box set, now on sale for only 99c. That's 5 books for less than a buck. So with the rest of the trilogy, you can get 7 books for less than $7!

Here's an excerpt from The Space Between, Part One, told from Leni's point-of-view: 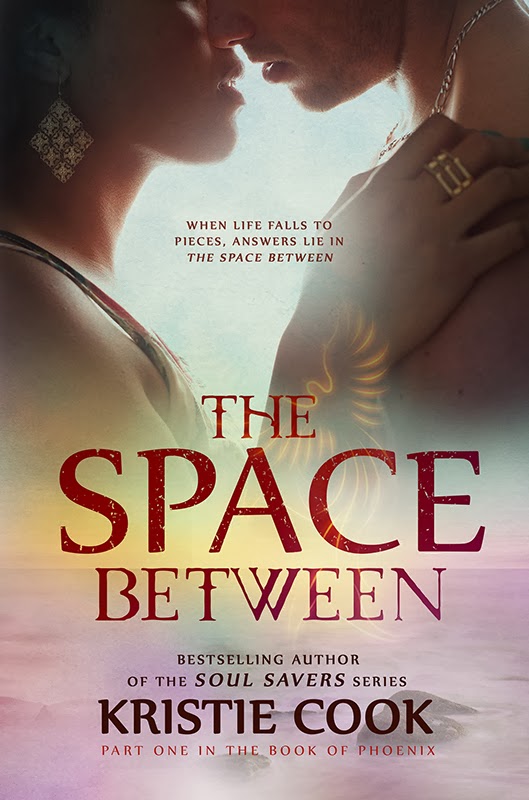 “Leni, please, but yes. I’m Theo’s niece. You going to tell these nice officers they can go
now?”

The guy shook his head. “I still don’t know no Theo or Theodore, but that ugly damn truck there is registered in your name. I was goin’ to have it towed tomorrow. You can take it and get both you and the truck off my property.”

That was it. I didn’t think even my stoic, always proper mama could restrain herself a minute longer.

I threw my hands up in exasperation, then turned to the policeman and tried not to spit my words out. “Sir, please tell this man he is mistaken. This house belongs to my uncle, Theodore Drago, and I live here with him. I’ve been out of the country for over a month, been traveling for two days, and I’m too tired to deal with this nonsense. If this guy doesn’t drop the charade, I’d like you to arrest him for trespassing.”

“You’re the one talkin’ nonsense,” the guy barked.

The deputy stepped forward, spreading his arms out to hold his hands up to both of us. “Whoa, now. This is easy enough to clear up. First, I need to see some I.D. for both of you.”

With a measured breath, still barely able to keep my cool, I dug my driver’s license out of my wallet and handed it to the policeman.

“Wait here a moment,” he said as he took the dude’s I.D. and walked toward the other policeman while talking into the mic clipped to his shoulder.

Within a few minutes, in which neither the man nor I had broken our glare on each other, the cop turned back to us.

“Sorry, ma’am, but we don’t have a Theodore Drago on file for ownin’ anythin’ here. This here house and lot belongs to a Maury Mastich.” He turned toward the guy and held out his I.D. “And I see that’s you.”

My jaw dropped. This can’t be happening!

“Ma’am, you need to vacate the premises,” the deputy said to me. “The owner don’t want you here. If you resist, I’ll have to arrest you for trespassin’.”

“There has to be a mistake,” I protested, panic starting to seep into my voice. “I’ve lived here for over two years.”

“Not according to your driver’s license, you don’t. Says here you live on Peach Blossom Street.” He held my I.D. out to me.

Crap. I’d never changed my address when Mom and Dad moved away.

“Still,” I said, flustered. “My uncle has owned this house for . . . forever! You must have the address wrong.”

“The address and deed filed with the county have been verified, ma’am,” the cop said. “You can go to the courthouse tomorrow to see for yourself.”

“I’d like to go right now,” I said indignantly.

I huffed out a breath, fighting the urge to stomp my foot like a child. “Ask the neighbors, then. Mrs. Gingham right next door will tell you.”

“Mrs. Gingham is who called me to say a strange girl she’d never seen before was snoopin’ around my place,” Maury Mustache said.

I glanced toward her window again. She didn’t have the decency to drop the curtain this time, but stared at me as if I’d tried to break into her house and murder her. Mrs. Gingham whose dog I’d walked every time she was sick or out of town looked at me as though I was a complete stranger, and a dangerous one at that. What the hell was going on?

“Can you at least tell me where my uncle is, then, if he doesn’t live here?” I asked, trying to preserve some dignity although I really wanted to scream and throw an all-out temper tantrum at the absurdity of this afternoon.

“Ma’am, we have no record of a Theodore Drago. He’s not in any Georgia database.”
“He hasn’t had a driver’s license for a few years. Look back some.”

The policeman took a step forward and bowed his chest out further. “Ma’am, our databases go back several decades. There is no record of Theodore Drago and when I say no record, I mean no record. No driver’s license. No vehicle titles. No house deeds. No utilities. As far as the State of Georgia is concerned, Theodore Drago don’t exist. Now, please, ma’am, this gentleman would surely like to get back to his Sunday dinner. You must leave the property, or I will arrest you.”

Find these and all of Kristie's books here: Amazon | B&N | iBooks | Kobo 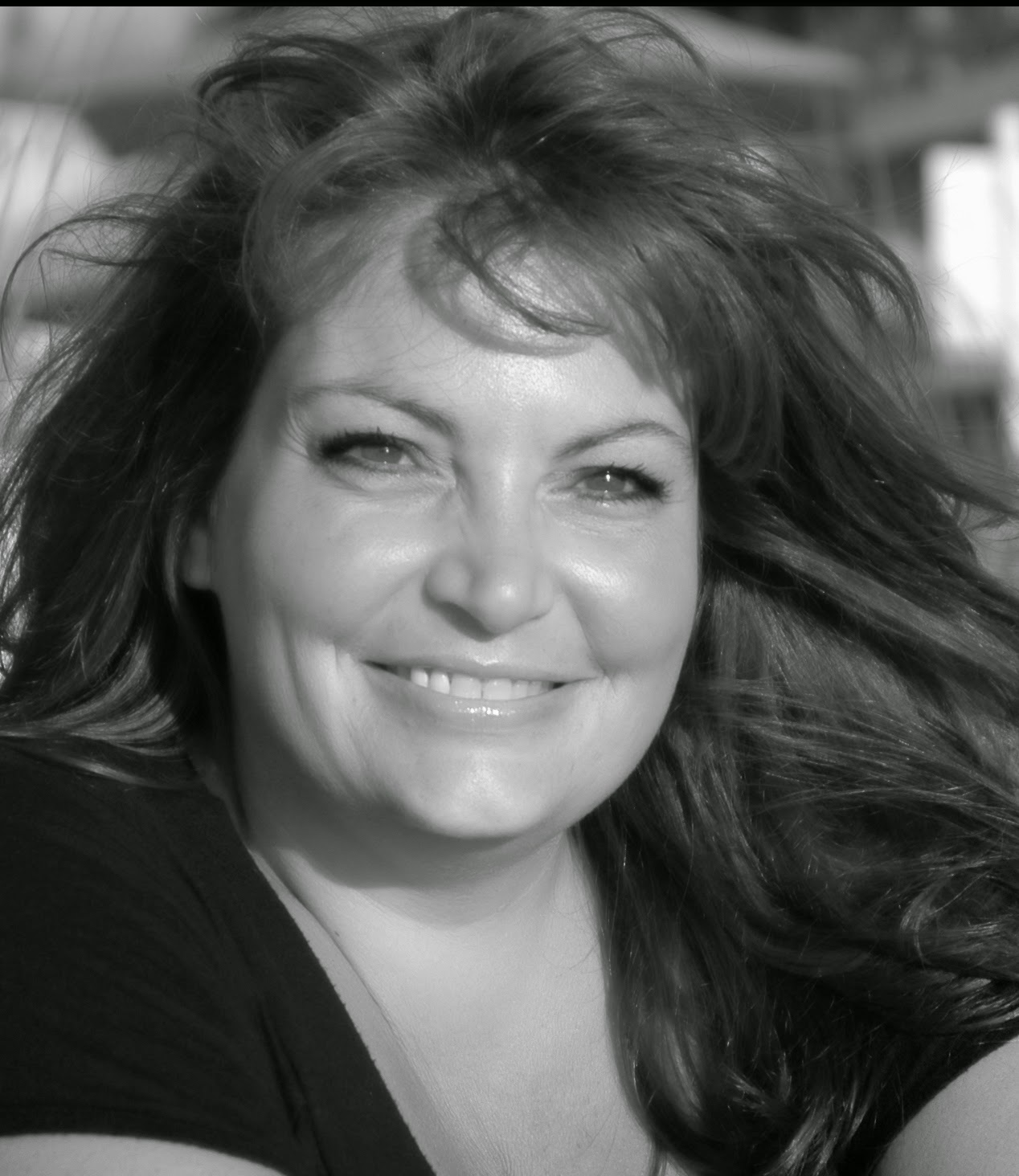 Kristie Cook writes the bestselling, award-winning Soul Savers Series, which will include seven novels, companion novellas and short stories. She also writes The Book of Phoenix series, a trilogy (for now anyway). Both are New Adult paranormal romance/contemporary fantasies. She has many other ideas jotted in notebooks scattered around the house and more in her head, but she’s learned to write for whatever character screams the loudest. It’s kind of hard to hear the others, so may as well make the noisy one happy. She’s often procrastinating on Facebook (way too often) and sometimes even jumps onto Twitter. 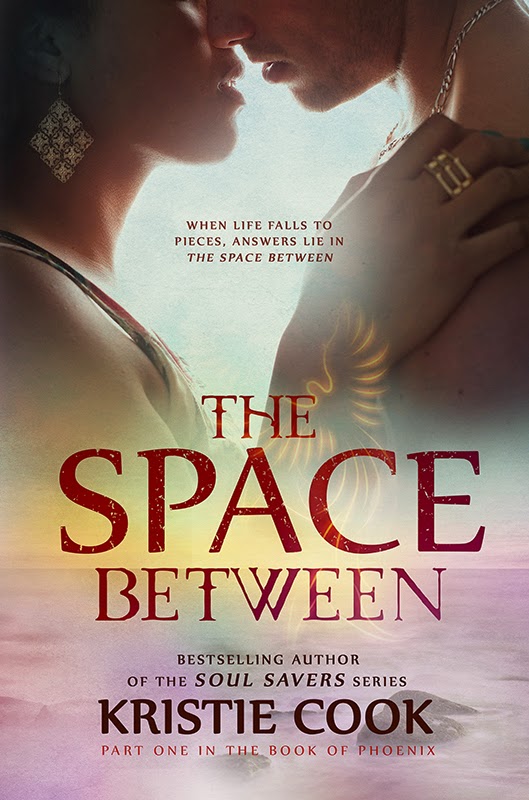 When Life Falls to Pieces, Answers Lie in the Space Between

After a month-long dance tour overseas, Leni returns to Georgia to care for her great-uncle, only to find him gone, their home empty, and any evidence he ever existed wiped out. All that remains is her truck and a leather-bound book she can't open. Nearly as disturbing, she keeps running into the deaf and dangerously sexy model she'd met in Italy, and no matter how hard she tries to shake him, her soul won't let her.

Jeric has traveled the world in search of a piece of his past for over a year, only to reach a dead-end in Georgia ... in the exact town where the beautiful dancer from Italy lives. He's drawn to her like a moth to a flame, but his life as a loner in his silent world allows no room for girlfriends, and he tries to leave her. Except outside forces won't let him.

When the same "tattoos" suddenly appear on their arms and the book's lock falls open, Leni and Jeric realize there's more between them than physical fascination. They must embark on a journey together to discover their connection to each other and their ties to the Book of Phoenix.

And they must figure it all out fast. Shadowy forms that are more monsters than men are closing in, while their own existences are falling to pieces around them.

This first part of The Book of Phoenix takes you on a heart-wrenching ride as you discover the answers that lie in The Space Between. 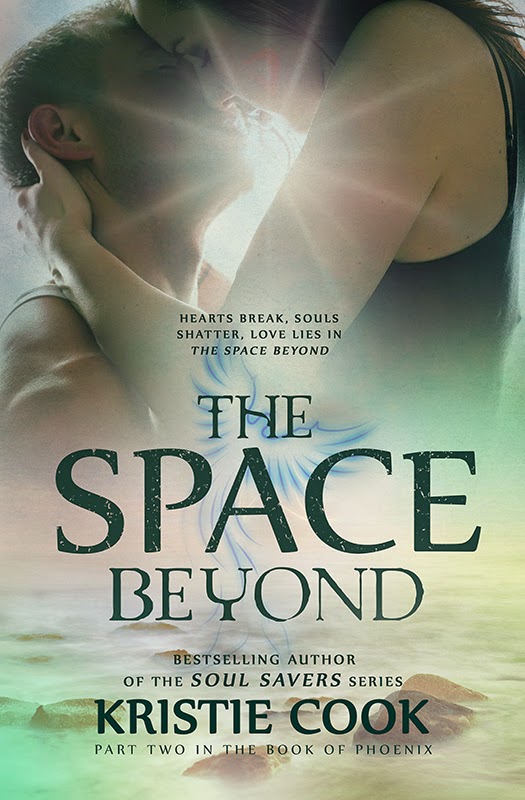 Hearts break. Souls shatter. Love lies in The Space Beyond.

As members of the Phoenix, Jeric and Leni are thrust into their new lives, expected to lead Earth’s Guardians. But Leni struggles with trusting her own soul, and Jeric is more concerned about keeping Leni safe than meeting others’ demands. When Darkness swarms Lake Haven, they embark on their first mission with little preparation and no idea which soul the Dark hunts.

Born and raised in Lake Haven, Bex hopes to escape her small-town life, ideally in the arms of her soul mate. She knows he exists, and her heart aches with the need to find him. When her long-lost mama calls to announce she's knockin' on death's door, Bex reluctantly makes the trip to see the uncaring bitch (bless her heart), only to be knocked off her feet by the sexy and charming Dr. Mason Hayes. Is he really The One?

Leni’s soul felt an instant connection to Bex, but if Bex found her soul mate, she isn’t their mission. So who is, and why does Leni instinctively feel drawn to her? Can Leni even trust her intuition? And will Jeric step up and lead when the time comes or continue to hold them back?

If they don't learn to trust themselves and each other quickly, Darkness will claim them all…along with the rest of Earth’s souls. 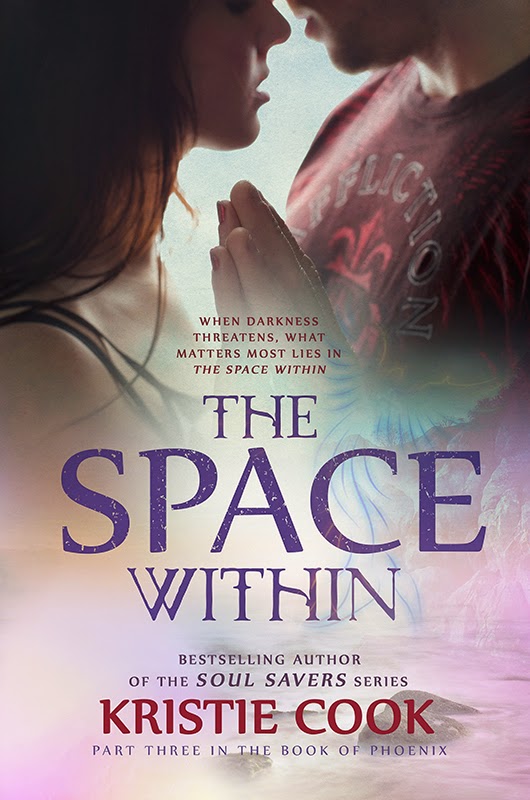 When Darkness threatens, what matters most lies in The Space Within

Completing a mission that reunites Guardian Twin Flames turns devastating when the Book of Phoenix throws Leni and Brock into a Dark world, leaving Jeric and Asia behind. They count on their other halves to rescue them, but when that doesn’t happen, they must fight through the Darkness and find a Gate that will take them home.
Except all of Earth’s Gates are sealed.
Enyxa, ruler of Darkness, and her horde of Dark souls storm the Gates to push their way through to Earth. While Leni and Brock fight Enyxa on their side, Jeric and Asia must figure out how to save their Twin Flames without jeopardizing all of Earth’s souls. Through it all—and with a little help from Enyxa—Brock and Asia begin questioning their relationship and whether they’re truly meant to be together…or if they’re two Lost souls forced to become one.
If the Broken dyads don’t find each other fast, they’ll be lost to the Dark forever. But to reunite means choosing themselves over all of Earth’s souls. Can Jeric make that decision? And will Brock and Asia find the love they both desperately crave? Or are they all doomed to perpetual Darkness?
Discover how it all ends in The Space Within, the explosive conclusion to The Book of Phoenix trilogy.