The Hook Up by Kristen Callihan Spotlight and Giveaway!

Welcome to The Hook Up by Kristen Callihan Spotlight and Giveaway!! This is the authors first New Adult book, her other books are the Darkest London series, so I hope you will give her some love by sharing!! 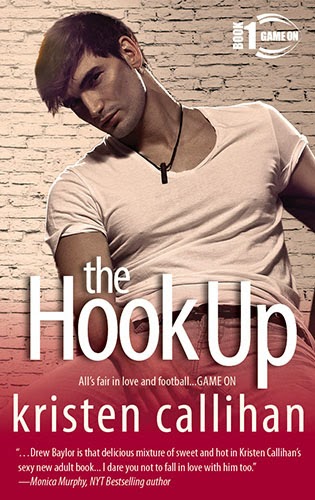 The rules: no kissing on the mouth, no staying the night, no telling anyone, and above all… No falling in love

Anna Jones just wants to finish college and figure out her life. Falling for star quarterback Drew Baylor is certainly not on her to do list. Confident and charming, he lives in the limelight and is way too gorgeous for his own good. If only she could ignore his heated stares and stop thinking about doing hot and dirty things with him. Easy right?

Too bad he’s committed to making her break every rule…

Football has been good to Drew. It’s given him recognition, two National Championships, and the Heisman. But what he really craves is sexy yet prickly Anna Jones. Her cutting humor and blatant disregard for his fame turns him on like nothing else. But there’s one problem: she's shut him down. Completely.

That is until a chance encounter leads to the hottest sex of their lives, along with the possibility of something great. Unfortunately, Anna wants it to remain a hook up. Now it’s up to Drew to tempt her with more: more sex, more satisfaction, more time with him. Until she’s truly hooked. It's a good thing Drew knows all about winning.

All’s fair in love and football…Game on 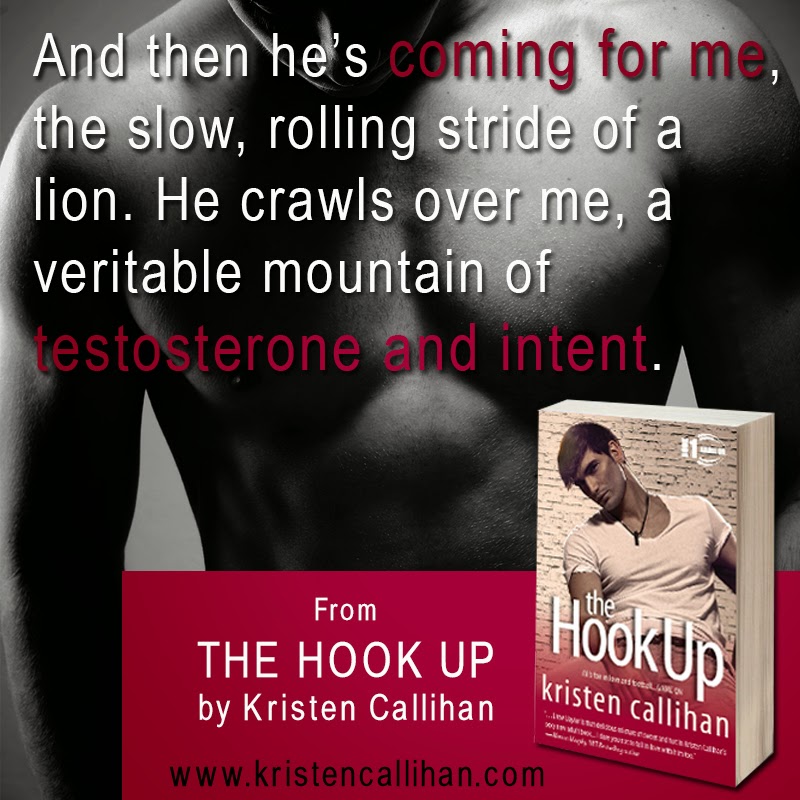 My mother once told me that the most important moment in my life wouldn’t be when I won the National Championship or even the Super Bowl. It would be when I fell in love.

Life, she insisted, is how you live it and who you live it with, not what you do to make a living. Given that she told me this when I was sixteen, I basically rolled my eyes and worked on practicing my pass fakes.

But my mother was insistent.

“You’ll see, Drew. One day, love will creep up and smack you upside the head. Then you’ll understand.”

My mom, it turns out, was wrong in one regard. Love, when it came for me, did not creep. No, it walked up to me, bold as you please, you know, just in case I wasn’t paying attention. It did, however, slap me upside my head.

And while I’d be happy to tell my mom that she was right about that, she’s dead. A fact that hurts even more now that I’ve been struck down. More like shot down. Cut off at the knees. Totally fucked. Whatever you want to call this disaster. Because the object of my affection hates me.

I am man enough to acknowledge that the cluster fuck that is my current love life is entirely my fault. I wasn’t prepared for Anna Jones.

I still cringe at the memory of when I first laid eyes on her at the beginning of the semester. Being late for class, I’d rushed to a seat in the back row, and was trying to remain unnoticed. I can’t go anywhere on campus without getting attention. And though it sounds like an awesome thing, it gets tiring.

When the roll call reached the back row, a soft voice, rich and thick as maple syrup, slid over me.

Just her name. That was all she’d said. It was like a hot finger stroking down my spine. My head snapped up. And there she was, so fucking pretty that I couldn’t think straight. I might as well have been sacked.

Breathless, my head ringing, I could only gape. I’m not going to say it was love at first sight. No, it was more like oh, hell-yes-please, I’ll have that. With a helping of right-the-fuck-now on the side.

Thinking maybe I was overtired and simply overreacting to something that wasn’t really there, I stared at Anna Jones and tried to make sense of my extreme reaction.

As if feeling my gaze, she’d turned, and fucking hell… Her eyes were wide, almost cat-like, with the corners tilting up just a bit. At first, those eyes appeared brown, but they were really bottle green. And so clear. And annoyed. She glared at me. I didn’t care. One word was playing a loop in my head: mine.

I don’t remember the rest of the class. I watched Anna Jones like a condemned man getting his last view of the setting sun. While she tried to ignore me. Admirably.

The second class ended I shot up, and so did she. We nearly collided in the middle of the aisle. And then it all fell to shit. 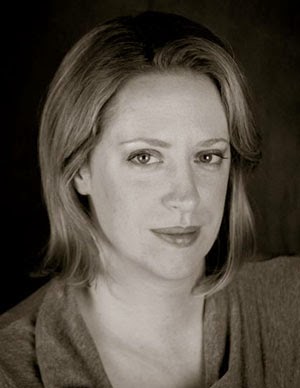 Kristen Callihan is an author because there is nothing else she’d rather do. She is a three-time RITA nominee, and winner of two RT Reviewer’s Choice awards. Her novels have garnered starred reviews from Publisher’s Weekly and the Library Journal, as well as being awarded top picks by many reviewers. Her debut book FIRELIGHT received RT Magazine’s Seal of Excellence, was named a best book of the year by Library Journal, best book of Spring 2012 by Publisher’s Weekly, and was named the best romance book of 2012 by ALA RUSA. When she is not writing, she is reading.